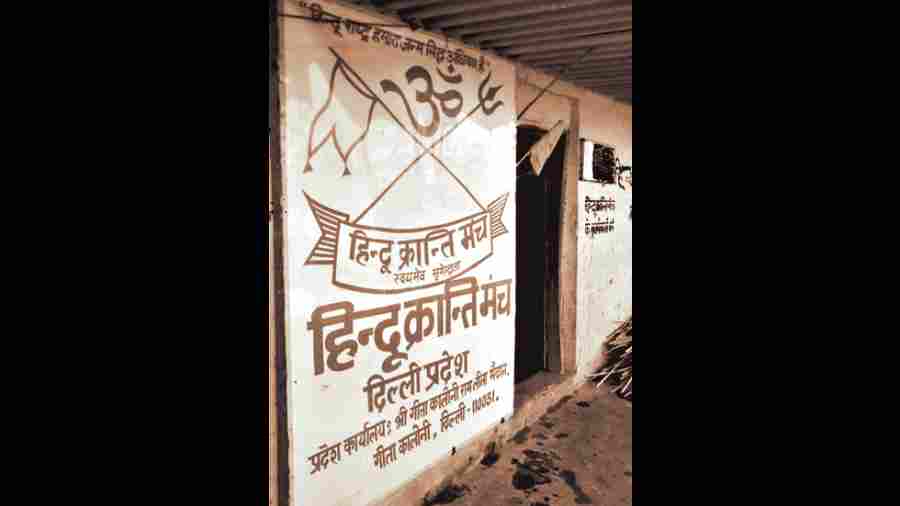 Let’s start with a thought experiment. What would Indian politics look like if the Muslims of the country were to disappear overnight? We need not strain our imagination too much. A rough approximation would be the pre-Emergency period when Muslims cast only a faint shadow on national politics. The politically animating issues of the time revolved around the distribution of power and resources in the political economy. Interest groups, such as caste aggregations or farmers groups, were mobilised by different political parties to fabricate a winning coalition. In other words, the usual stuff of politics.

The political system works differently now. The domains of social justice, economic redistribution and livelihood concerns are not quite irrelevant to politics but form only a side-show. At least in large parts of northern India, the politically dominant issues seem to be the ones revolving around the Hindu-Muslim axis.

If one surveys this year’s newspaper headlines or the banners of television channel debates, the words, hijab, masjid, prophet and namaz would beat any comparable jumble of socio-economic issues by a grotesque margin. There are inevitable costs to this extraordinary level of Islamophobia in the public culture, borne not just by Muslims. Anti-Muslim mobilisation is at the core of the country’s most serious democratic malaises — from the shrinking of the political space to the shredding of independent institutions.

There are two common fallacies prevalent even on the liberal side of the media that muddle our understanding of the nature of such anti-Muslim mobilisation.

Firstly, the framing of the anti-Muslim mobilisation as religious polarisation or religious conflict. In reality, Muslims have little role to play in the design, articulation, or propagation of these manufactured ‘conflicts’. Muslims are not making any specific demands or clamouring for a change in the political  status quo. They are not asking for temples to be converted into mosques, or for Hindus to be deprived of their religious clothing, or for the restriction of the religious practices of Hindus. This is the season of the kanwariyas in Uttar Pradesh, when devotees of Shiva throng public highways bearing pots of holy water. Alongside their route, meat shops and restaurants selling non-vegetarian food remain closed to protect the sensibilities of the pilgrims, and traffic is diverted to alternative avenues to ensure their safety. We do not see Muslims protesting against this display of public religiosity even when it impedes their livelihoods. At the same time, the biggest political controversy in the state is a bunch of Muslim men (now arrested) ‘caught’ on camera praying in a corner of a newly opened mall, sparking demonstrations from Hindu groups. To call this state of affairs religious polarisation is an assault on the common sense.

The second fallacy is the presentation of the anti-Muslim mobilisation as a ‘Muslim problem’. When the hijab ban in Karnataka became the focus of national debate, the focus of the media was on why the hijab was so important to Muslim women. The underlying assumption of such framing is the supposed intransigence of Muslims in conforming to certain behaviours expected of them. What remains unasked is the flipside of the question — why is the hijab so important to Hindu groups? Or, indeed, why are the beliefs and practices of Muslims a matter of such obsessive concern to the Hindu middle class, so much so that it has become a favourite topic of television news shows? A Newslaundry study analysed the debates on eight top television news channels in India and found that (barring NDTV) ‘communal issues’ comprised the top subject of discussion on every channel. The Editors Guild of India has described the hate peddled by these television channels as “seemingly inspired by the values of Radio Rwanda whose incendiary broadcast caused a genocide in the African nation”.

The editor, Shekhar Gupta, has come up with the term, “secular Islamophobia”, to denote the tendency of secular parties to not only avoid speaking on behalf of Muslims but also shun the visible presence of Muslims. Like most mainstream journalists, he refrains from extending his analysis to the fundamental cause of this hesitance on the part of secular parties: the Islamophobia that has been spread by the BJP-RSS ecosystem which has entrenched itself within the majority community, particularly the middle classes. Thus, what we have on our hands is not a ‘Muslim problem’ but a ‘Hindu problem’ — specifically the problem of the Hindu political identity.

What do we mean by Hindu political identity? All of us have overlapping identities we use to relate to politics. For instance, a Hindu Jat farmer of Uttar Pradesh can approach politics as a farmer, a Jat, or a Hindu. The political salience of these different identities can vary with context. As the sociologist, Satendra Kumar, has shown, upon entering the middle class, a Jat might identify less with his caste identity and more with his Hindu identity. Similarly, a rural OBC Koli might vote for the Congress, as Christophe Jaffrelot has explained, but when he migrates to the city, he might switch over to the Bharatiya Janata Party guided by a “Hindu sensibility” as part of the “neo-middle class”.

What is the problem if someone views politics from the lens of a Hindu identity as opposed to that of a caste/ class/regional identity?

The first thing to note about the Hindu political identity is that it is an inherently unstable political construct. The defining institution of Hindu society — caste — is an elaborate system of division that represents a formidable challenge to any project of forging a unified political identity. Therefore, a Hindu political identity cannot be anchored to a social base: Hindus pray to different gods, speak in a multitude of languages, and social values and institutions tend to change as one traverses the breadth of Hindu society. As Mahua Moitra recently pointed out to her Hindutva interlocutors, how she relates to her religion is specific to the Bengali culture that forms her outlook. This makes the Hindutva movement different from that of the conservative Christian Democrats of Europe that makes defence to a specific social order (or cultural values) the fulcrum of their political identity. In India, such political conservatism would be a non-starter.

As such, only a high level of constantly reproduced external threat can prop up Hindu political identity. The public square is being flooded with Islamophobia because in its absence the political salience of Hindu identity would wither away like an unnaturally grafted crop.

But can this Hindu political identity moderate itself ? Political identities that are rooted in a social base or shared values can moderate, not ones that are based on supremacy. Much like the fact that white political identity is coterminous with white supremacy in the United States of America, there is little daylight between Hindu political identity and Hindu supremacy. As the historian, Edmund Morgan, had  demonstrated, white identity in the US was constructed from an array of ethnic European identities by the planter bourgeoisie in order to perpetuate its absolute domination over the black and indigenous population. It was also important that white racial identity confer certain status and privileges to poorer European immigrants who could then be co-opted to uphold white supremacy. White supremacy hasn’t moderated over the last three centuries; it remains an ugly political brand whose appeal can now only be summoned through the most indirect of dog-whistles in mainstream political circles. Even Donald Trump, who was adept at such dog-whistling, had to publicly disavow white supremacy.

Similarly, in a nation where Hindus form the vast majority of the population and hold an equally dominant share of political offices and economic resources, any political identity claiming to represent Hindu interests can only be supremacist. From the start, Hindu political identity was formed in opposition to minorities (the sole purpose of V.D. Savarkar’s definition of Hindus is to exclude Muslims and Christians), and with the objective of establishing dominance over them. It is also not surprising that the early champions of Hindu solidarity, such as M.S. Golwalkar, were unabashed supporters of contemporary supremacist movements such as European fascism. After an interregnum of a softer Hindutva owing to coalition pressures, the current avatar of the RSS/ BJP basks, once again, in the full glow of Hindu supremacism.

The fight against Islamophobia should be important not only to Muslims but also anyone invested in the democratic health of the country. The main challenge before the political Opposition is to revive the cross-cutting identities of class, caste, and region that might dilute the political salience of Hindu identity and restore Indian politics to a normal paradigm.