Each season comes with a distinct aural register 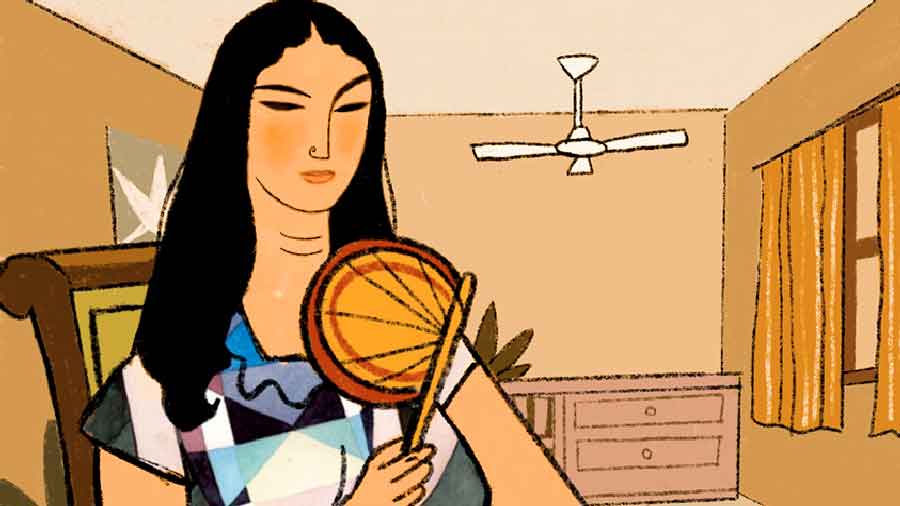 It must have been her febrile imagination that made Kamala Das, one of India’s foremost poets, compare Calcutta’s harsh April sun to a nourishing, fruity drink. “What is this drink but/ The April Sun, squeezed/ Like an orange in/ My glass?”, Das wonders in her poem, Summer in Calcutta, apparently reminiscing about a day in Chaitra. To the less poetically-minded Calcuttan, April, borrowing the words of T.S. Eliot, is, indeed, the cruellest month. It turns the sun into a scorching orb from which the ideal protection can only be a room with its curtains drawn, its walls chiaroscuroed, lulling the parched soul into the blissful realm of bhaat-ghum. Of course, the siesta cocks a snook at the revered laws of Bengali exceptionalism. This form of repose — a short nap — is common across cultures and landscapes, ranging from southern Europe, the Mediterranean, the Middle East to the Indian subcontinent and China. Bengalis even have domestic competition in this sphere. The Goans have turned siesta into a fine — philosophical — engagement by fusing it with the concept of susegad — its etymological roots lie with the Portuguese word, sossegado — a celebration of quietude, stillness, unhurriedness.

Except that the siesta is in trouble.

Some years ago, a survey found that 60 per cent of Spaniards — they adopted and nurtured the Roman tradition of resting during the Sixth Hour or hora sexta — did not indulge in the siesta. Eyes have stayed wide open at noon around the world since then with the predations of Work From Home, heightened anxiety induced by the pandemic, and shifts in labour cultures. In fact, The New York Times had reported the death of the siesta way back in 2006 when Spain’s government proscribed the midday break for its workers.

Now new-age technology is helping people doze off, once again. Spotify, the audio-streaming and media service provider with an estimated 180 million paid subscribers, has a collection of ‘summer sounds’ to facilitate deep slumber. Even a cursory examination of these notes would reveal their disproportionate emphasis on melody. And this lays bareone of the ironies of modernity’s relationship with the distinct aural register of each season. Our cacophonous lives — Calcutta is among the 15 global cities that is subjected to extreme sound pollution — have made it difficult for us to distinguish between noise and sound and, worse, appreciate the importance of existing, and extinct, soundscapes that are central to the architecture of our lives and lived spaces. This is not to say that ethnographies of city life and living have ignored the aural dimension. Shnatulbabu — Radhaprasad Gupta — whose luminescence remains undimmed even after the centennial year of his birth, archived some of the peals, dings, clangs thatmade up his Calcutta in the memorable Kolkatar Phiriwalar Daak aar Rastar Awaj.

Gupta, however, was not the pioneer but a torchbearer of this august tradition: Amritalal Basu’s Puratan Panjika marked the rhythms of the days and nights of another Calcutta by eavesdropping on the thunder of the cannon from the fort, the chiming of clocks in affluent households, the low murmur of gossiping old women headed for ‘ganga snaan’ as well as on the signature calls of the ‘ghotitola’ — the retriever of knick-knacks from wells — and of hawkers of matches, sweetmeats, curd, honey, vermilion, flowers, traditional medicines and so on. The inheritors of Basu’s legacy include not just Gupta but also the relatively unknown Deben Bhattacharya: another Bengali, who, during another summer, had embarked on a journey on a milk van, travelling through Yugoslavia, Greece, Italy, Turkey, Syria, Iraq, Jordan, Iran, Afghanistan, Pakistan and India, recording the distinct but also overlapping soundscapes of these nations. Paris to Calcutta: Men and Music on the Desert Road is an illuminating account of Bhattacharya’s explorations.

More often than not, this aural archive of seasons and lands has seldom crossed over into the private, as opposed to the public, sphere. This is a strange hesitation. For the sounds of home can be an equally reliable compendium of the rhythms of domestic and domesticated lives. Summer, with its unstirring, shady hours, brings to mind, and to the ear still, some of these auditory, often acoustic, fragments of life in specific sites that make up home. In the 1980s, a deep-fried, electricity-less Calcutta would wake up to the swishing sound of the haat-pakha (hand-fan), its energetic waving slowing down to a dead beat as the person fanning dozed off eventually. Noon would chime with the symphony of the bath: the steady sound of water being poured from a mog, rising, quite suddenly, into a crescendo mimicking a waterfall as the bather lifted the bucket and emptied it over his/her head. The silence of late afternoons would be punctuated by the squishing sounds made by a prostrate torso slipping on beads of sweat outlined on a patch of cold floor, or by the gentle electric thud that signalled the return to life of the ceiling fan. And the evenings lent their ear to the low, serpent-like whistle of the inverter that fought valiantly to keep the darkness away.

But not every summer sound has an inanimate source. Or is benign. Designated territories within home — say, the kitchen — would come alive with the mutterings of women — mothers, grandmothers, domestic helps. Mahashewta Bhattacharya describes this phenomenon brilliantly in her essay on Bengal’s Talking Kitchens in the Economic and Political Weekly as a simultaneous act of resistance and self-rehabilitation. These mutterings, Bhattacharya argues, “help women cope as much as [they offer] personal gratification. Additionally, women in the kitchen supplement their muttering with distinctive sounds expressing dismay, disappointment, or mockery, often rolled together into a tonal narrative of defiance.” Significantly, “While freeing the speaker from gendered expectations of politeness,” mutterings, another signature sound of summer, “also [free] language itself from the expectation to always convey meaning,” writes Bhattacharya.

Seasons change. So do their sounds. Several of summer’s tunes have, in this day and age, been lost. Most of Shnatulbabu’s phiriwalas have been silenced by the fickle nature of consumption. Others have been muted by technological transformations. The hum of air conditioners has replaced those swishing hand-fans; the fizz of jetstream water showers has stunned the mog-balti’s orchestra into disuse, while uninterrupted power supply, at least in the city, has stifled the whistling inverter. Why not then engage ourselves in building our own ethnographies of transient private melodies?

Thankfully, some of those muttering, defiant women remain. If we were to listen to them, during one of these humid, hushed afternoons, we may return in our minds, if only fleetingly, to a different kind of summer