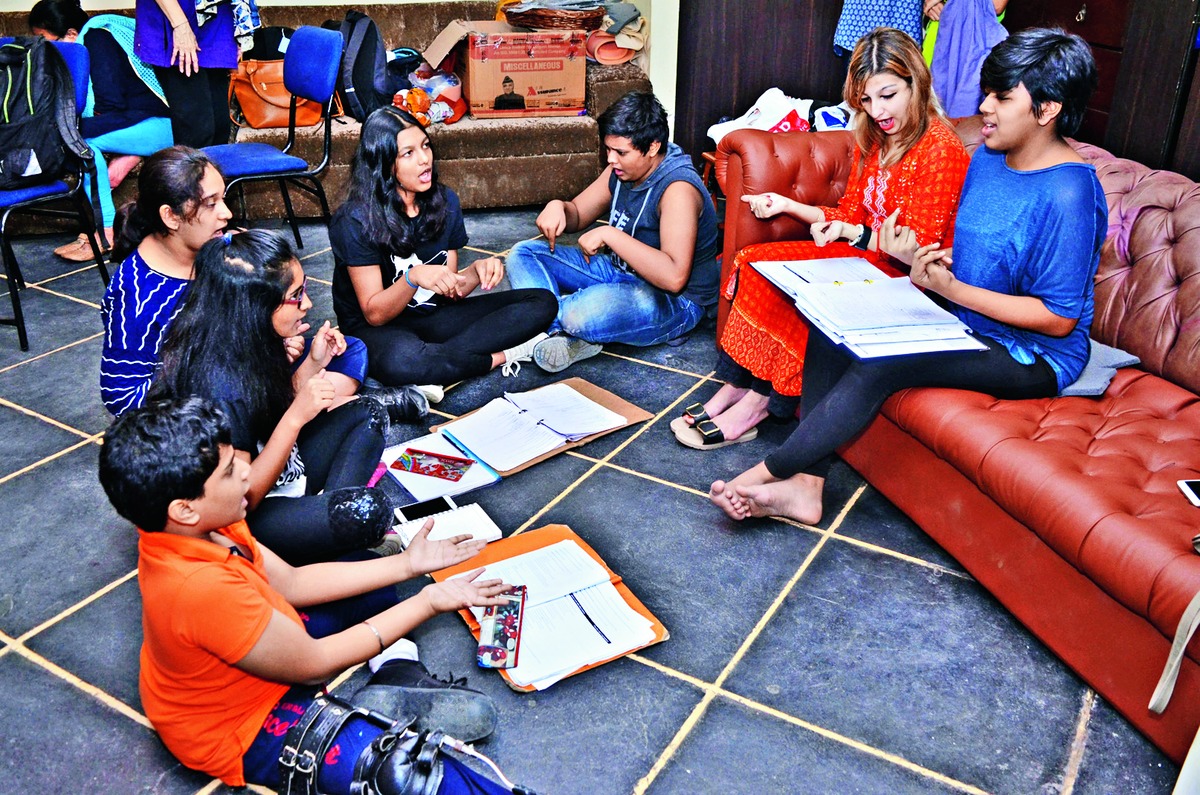 Without mainstream, no inclusion. That is the guiding principle of Akshar, Calcutta’s only inclusive school, and that is the secret behind its success as an educational institution, and of its annual functions, be it a musical extravaganza, a publication of a book of poems, a fashion show or an inclusive sports event. Here, mainstream and special needs students work in tandem, making them both more humane and better organised. This familiarity with diversity at a young age makes them more accepting of difference.

I had noticed this last year while covering Akshar’s phenomenal production of the spectacular musical, The Hunchback of Notre Dame, based on a Broadway hit. One of the most outstanding performances was by a tiny 14-year-old whose legs were caged in calipers. But more than an impediment, the calipers acted as spurs as the boy climbed the steep stairs of the Gothic set, occasionally with a little help from the mainstream students.

This year, too, I noticed the same indomitable spirit in many of the kids with special needs at Avsar, an inter-school fest held recently with 13 mostly mainstream Calcutta schools participating in a variety of programmes, from presentations on the theme of commercial establishments operating in this city to a fashion show. In a book of students’ poems published by Akshar, wheelchair-bound Dhruv Malhotra of Class XI laments his predicament. “People sympathise —/ Is that what I want them to feel?”

Yet this time, while the boys and girls were strutting out their stuff on the dais and in the courtyard, the students confined to their wheelchairs, aided and egged on by their mainstream friends, were having as much fun as any of them. One boy had decked up his wheelchair with tiny fairy lights and he looked as pleased as Punch as he surveyed the audience in front of him.

The principal of Akshar, Noni Khullar, says that parents have reservations about sending their children to an inclusive school, but it is the right of special needs children to be included. Students who go to an inclusive school learn humane values and grow up to be compassionate human beings. Khullar says the norm is to admit 20 per cent special needs children in an inclusive school, but she has raised the number of reserved seats to 25 per cent because there is no other school they can go to in Calcutta. The mainstream students always perform well in board exams anyway.

A teacher of Akshar told me that one of her two sons, who were students of this school, went on to study in a reputable Mumbai college. Most of his classmates would throw chalk and rag a blind lecturer, till the day her son could not take it anymore and blurted out that they must give their teacher a chance. Thus ended the continuous ragging of the teacher in class and the students became somewhat more accepting. Anyway, even when special needs children don’t have a long enough attention span, have a shorter memory, and are not that good at academics, they can perform brilliantly in chess. If they like something, they are passionate about it. Children with Down’s syndrome can be brilliant on the synthesizer or the tabla.

There is one child whose mother is an artist trained in Santiniketan. The child has cerebral palsy, but however she may hold a brush, she has turned out to be brilliant painter.

Khullar said those who may not be good academically could be skilful otherwise. “Our belief is that academics is not the end of the day,” she says. Although she is not in favour of fashion shows for children, she realized that dressing up and walking the ramp are confidence boosters.

Khullar, however, admitted that Bengali or Hindi-speaking children are at a disadvantage because there is no school to cater to their needs. One can put them at ease by using the language they are most familiar with.

Stage for children to discover their abilities