The UGC is a shadow of its former self 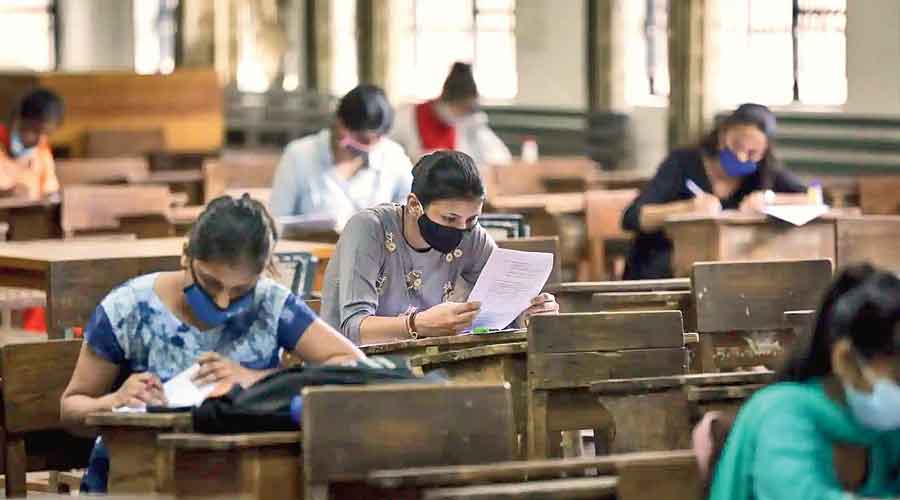 For over half a century, the University Grants Commission played a crucial role in consolidating Indian higher education. We cursed it for its many faults. In retrospect, let us recall the blessings it bestowed. It ensured a university network across the country. The best institutions found a place in the international academic order. Instead of building on this foundation, we chose to devalue the system not for its genuine shortcomings, which were remediable, but its lack of globalized glamour and, more fundamentally, the discontent of the educationally privileged with the changed campus demography since the Mandal Commission. After two decades of upheaval, the academic landscape is in disarray: crumbling public universities, a sprawl of unredeemed teaching shops, and a sprinkling of respectable private campuses. These uncoordinated sectors cannot adequately provide quality human resources for an India-sized nation.

The UGC is a shadow of its former self. The trickle of funds is increasingly disbursed by the education ministry directly while the UGC, belying its name, sends out pious directives to observe state functions, thank the prime minister for Covid vaccinations, and (I lie not) curb spitting on campus. UGC schemes for research, infrastructure and upgradation have been virtually scrapped. The ministry’s one-stop substitute, the Rashtriya Uchchatar Shiksha Abhiyan, is inadequate and unreliable.

We should therefore rejoice that under its new chairperson, the UGC is mooting major academic reforms. Yet the prospect might evoke more alarm than hope. It affects both ends of the spectrum of tertiary education, undergraduate admissions and doctoral research.

All Central universities will now route undergraduate admissions through the Common University Entrance Test of the National Testing Agency. The CUET has one great virtue: it skirts the insoluble problem of standardizing the grading practices of school boards across India. Unfortunately, its drawbacks are no less glaring.

There is no fool-proof system for college admissions. The current practice relies on board results, with some high-profile institutions holding their own admission tests. It is a stressful process that leaves many young people disappointed. The new proposal, vastly more simplistic and arbitrary, threatens to multiply both the stress and the disappointment.

The CUET differs crucially from the IIT-JEE and the medical NEET. Those cater to professional courses for highly motivated students. The CUET addresses a vastly larger and multifarious student body — above all in the Northeast, where all ‘general’ universities are Central except two in Assam. Most Northeastern students must take the CUET to go to college at all. Other BJP-ruled states will surely join the band, as some deemed universities have done already.

The sheer logistical challenge is daunting. The test will be entirely online. How many centres will it require, for how many days in how many batches per day? Many school-leavers lack the minimal computer skills even to select answers on a screen. They will spend family earnings to acquire those skills, besides subject-wise coaching. Will the most visible beneficiaries of the CUET be computer firms and coaching institutes, as insurance corporations and private hospitals are of the Ayushman Bharat scheme?

The subject content is equally problematic. Board results are often unreliable, but they reflect a multi-pronged broad-based assessment. Forty multiple-choice questions (chosen out of fifty) will be a wildly hit-or-miss substitute. Moreover, the students will be bracketed in forty groups, each of many thousands or lakhs, causing worse logjams than the current cut-off marks.

‘Domain-specific’ tests are especially tricky. Not all subjects in college curricula are taught in school. Board results indicate general ability, to be honed in college to those specific subjects. Instead, entrants will now take a separate test in each ‘core subject’ they apply for, up to six (more than they studied at school). One shudders to think of the pressure upon them, shuttling between coaching classes or despairing at not doing so. The results will emphatically not indicate aptitude in those fields, only the force-fed intake of scraps of alien knowledge.

What about the other end of the spectrum? The greatest defect of higher learning in India is our failure to achieve a sustained high-grade research culture. Our best graduates go abroad for research; those who return seldom find a congenial research milieu. Seniors trying to create one are trapped between a distrustful and intrusive bureaucracy and a niggardly and myopic corporate R&D establishment. If a productive research school somehow blooms in this desert, it soon languishes, leaving behind some disheartened pensioned professors and a ragged army of promising young researchers whose competencies rust through disuse.

The UGC’s proposed remedy is to exponentially multiply the production of PhDs. Students can enrol for one immediately on completing the new four-year bachelor’s programme, of which only the last year might optionally offer focused instruction in a discipline. Alternatively, the dispersed non-specialized contents of a mixed curriculum will qualify a student for ‘multidisciplinary research’.

One is startled by the breath-taking casualness of this model of research training. Wondrously too, only 40 per cent of doctoral candidates will take this route. The other 60 per cent will proceed as before via a master’s degree and the NET eligibility test. One fails to envision a research ecosystem with two such grotesquely unequal terrains. Furthermore, postgraduate colleges can now set up doctoral programmes.

The UGC chops and changes the entry requirements for doctoral students and the criteria for college appointments almost on a yearly basis. Rules can change in the time-gap between application and selection. Current signs point to an imminent edict that a PhD degree will be a mandatory requirement for new lecturers. The new system will ensure a plentiful supply at minimum cost. Research standards are clearly negotiable.

The research scene in India, never heartening, is today positively beleaguered: shrinking funds, tighter controls, insidious curbs on inquiry and publication. The present proposal fits the picture. The threat from free inquiry and critical thinking will be much reduced if doctoral research becomes a routine mass exercise, burying the already devalued formula of ‘contributing to knowledge’. It would
be a fitting culmination to undergraduate admissions on the new lines.