India’s partnerships, be they the Quad or those with the US, would also be instrumental in influencing the push and pull factors in Ladakh or in Arunachal Pradesh 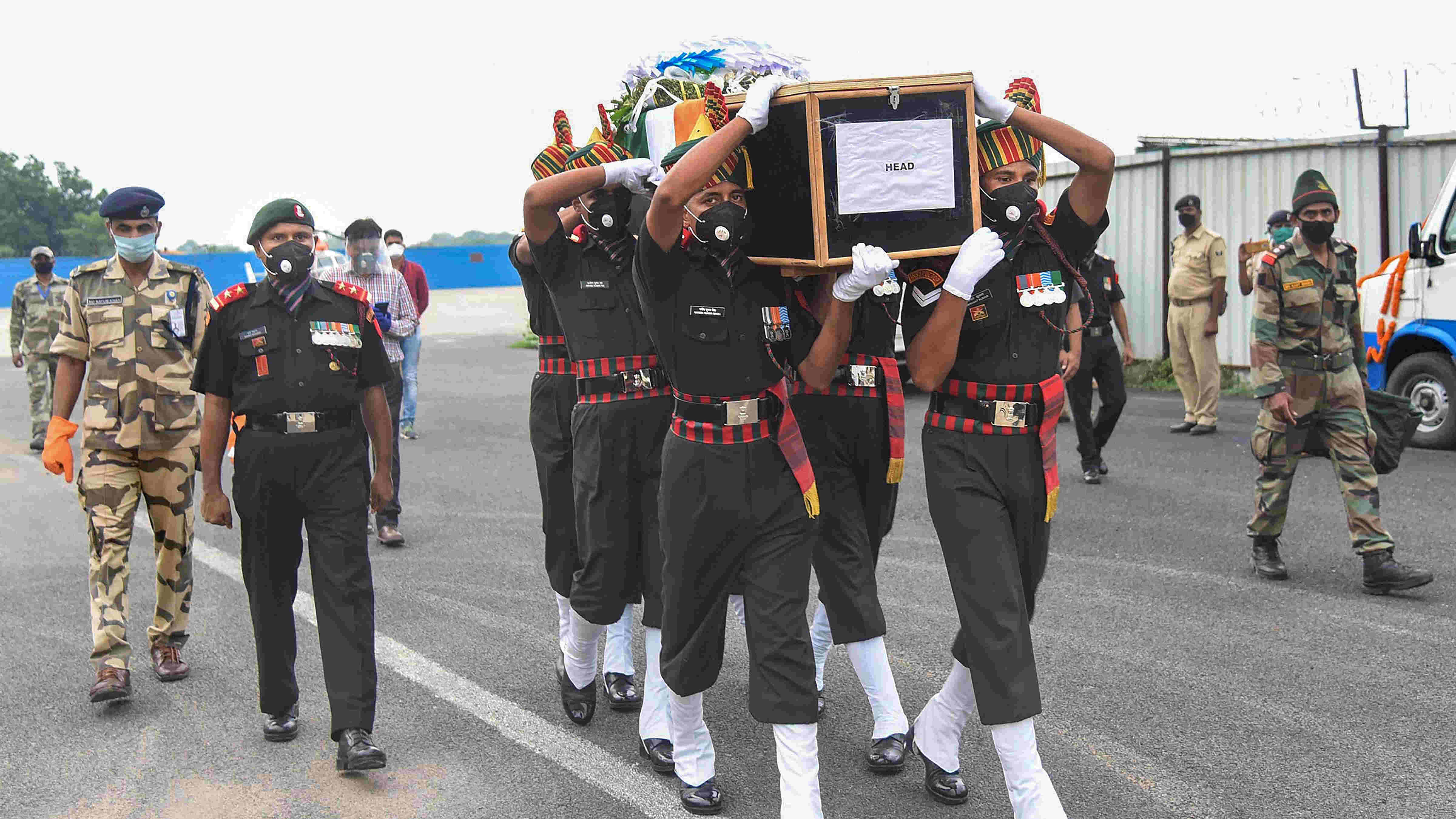 Army personnel carry the casket of Hawaldar Sunil Kumar, who was one of the 20 jawans who were killed during the face-off between Indian and Chinese troops in Ladakh's Galwan Valley, after a wreath-laying ceremony at Jaiprakash Narayan Airport in Patna, Wednesday, June 17, 2020.
PTI
The Editorial Board   |   Published 16.06.21, 12:06 AM

Anniversaries need not be joyous occasions; they may merit sombre reflection. The first anniversary of the clash between Chinese and Indian troops at Galwan Valley in Ladakh in which 20 Indian soldiers lost their lives last year should be an occasion for the Narendra Modi government as well as conscientious citizens to take stock of the situation on the ground. Such an exercise, if conducted objectively, is unlikely to encourage New Delhi. Several rounds of talks for disengagement between military officials of both countries have not resulted in the re-establishment of status quo ante. Worryingly for India, there are reports that China has transgressed into Indian territory in Pangong as well as along points of contention in Depsang. What is particularly galling is the shocking silence of a nationalist government on a matter as crucial as national security. Ever since the prime minister set the tone with his contentious assurance that India has not ceded an inch of territory, the powers that be — the present army chief has not been an exception — have been toeing this unconvincing line. If incursions have not taken place, what exactly are India’s generals negotiating with their Chinese counterparts? This obfuscation is an old trick in the political bag. It is another matter that a supine media have been instrumental in disseminating this curated narrative. This sleight of hand is unacceptable in a democracy. It is the sacred duty of the government in power to inform Indian citizens about matters that seem threatening to the nation’s territorial sovereignty. Mischief-mongering by New Delhi’s neighbour on the western border — developments in Afghanistan are keeping Pakistan busy at the moment — could force India to contend with a double challenge. The resolution of border issues that have festered India’s diplomatic relationship with China should thus be a priority.

It is plausible that Beijing is willing to keep the border hot. Such a strategy fits well with China’s increasingly adventurist positions around the globe. There is thus a case to view the Ladakh stand-off in a broader perspective. India’s international partnerships, be they the Quad or those with the United States of America, would also be instrumental in influencing the push and pull factors in Ladakh or in Arunachal Pradesh. India must make strategic choices by keeping the bigger picture in mind.