Social media and the democratization of public discourse

The more our democracy becomes a festival, the less democratic it appears to be getting 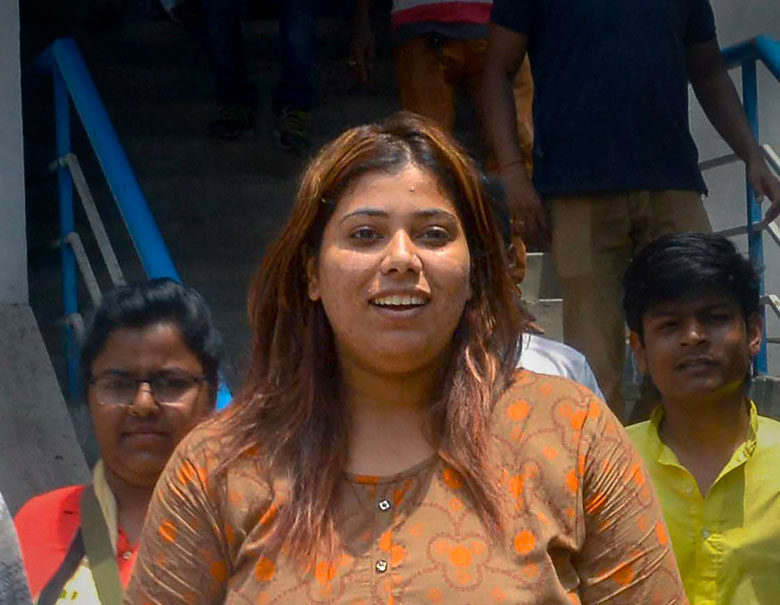 Mamata meme: BJP worker gets bail, is told to apologise in writing

The arrest of Priyanka Sharma for an innocuous Facebook post in the midst of an election season replete with invectives, prevarications and bitter personal attacks demonstrates, yet again, the precarious position of the right to free speech in India. The post, seen by some as comical and others as distasteful, superimposed Mamata Banerjee’s face on to Priyanka Chopra’s eye-catching attire and hairdo at the recent Met Gala in New York. But the police chose to view the post as unlawful. This was the latest in a long line of arrests for similarly inoffensive publications in India. A cartoon by Aseem Trivedi depicting Parliament as a toilet bowl to protest against corruption, a Facebook post by Shaheen Dhada criticizing the shutdown of Mumbai following Bal Thackeray’s death and a shared Facebook post by Mudassir Rana depicting Prime Minister Narendra Modi and some others as the ten heads of Ravana to name just a few, the episodes where arrests have followed political publications, particularly on social media, appear to be alarmingly frequent.

But there is something particularly curious about Sharma’s arrest. The sensitivity of an incredibly battle-hardened politician like Banerjee, earlier called a cheat by Jyoti Basu and shamefully likened to a prostitute by the former Arambagh MP, Anil Basu, appears to have been triggered by a random image of her circulating on social media. This points to two inferences, one more dispiriting than the other. First, as a society, and most certainly as a political class, we have failed to get our heads around social media. Putting social media posts on a pedestal as if they were somehow entitled to sanctity because they were ‘published’ and viewed on a ‘screen’ akin to an edited newspaper article and news story on television, respectively, misunderstands the medium fundamentally.

Social media users are not like trained journalists: on the contrary, they are like a roaker addar dol. The only difference is that knowledge of their views is now no longer confined to the local tea stall where the adda takes place but has a powerful outlet to the world. To take such views excessively seriously, as is done not only by the political class but also by large sections of the mainstream media, demonstrates an inability to put things in perspective.

Perhaps this inability is a product of an unease amongst the political class with the genuine democratization of the public discourse as a result of social media. Consider this: political leaders have called each other thieves, scoundrels, fascists and all kinds of vile names in what has been, by all accounts, the crassest election campaign to date. In this context, for a youth worker of the Bharatiya Janata Party to have been arrested for a random image that she shared suggests that diatribe by political leaders is fine but anything apart from adulation from the rank and file is a strict no-no. The more our democracy becomes a festival, the less democratic it appears to be getting.

The other explanation is that the democratic compact in India between citizens and the State has reached a breaking point. The State, with its obligation to respect fundamental rights and use the police to ensure law and order, has turned on its own citizens. The police, never renowned for their objectivity and independence, have rushed, yet again, to demonstrate that they are more loyal than the king. Interpreting colonial laws in the most citizen-unfriendly manner has facilitated this act. As a lawyer, it is entirely unclear to me as to which law the police believe Sharma has violated. Two of the sections used against her are plainly inapplicable and one (Section 66A of the Information Technology Act) has been struck down by the Supreme Court as unconstitutional. When a case is so flimsy and yet an arrest is made, the police officers responsible for such an arrest must be held accountable.

But who is going to enforce such accountability? The Supreme Court, expected to be the guardian of the Constitution, appears to provide hollow hope. When it heard Sharma’s bail application, while granting her bail, it asked her to tender an apology in writing for her actions. In the first place, it is astounding that a routine bail matter has to be heard by the Supreme Court owing to a protracted lawyers’ strike in West Bengal. The way in which the Supreme Court is a mute spectator to its own judgment prohibiting strikes by lawyers being flagrantly violated is regrettable and shows the diminishing regard in which the legal fraternity itself treats judgments of the Supreme Court.

Second, it is well known that bail is a matter of judicial discretion. The court may have had legitimate reasons to believe that Sharma’s post may have hurt the chief minister or offended her by showing her in false light. But it is not the court’s job to provide a palliative for any hurt that someone claims has been caused. Even if it were so, using the remedy of an apology — the court clarified that its order shall not serve as a precedent — does not behove any court of law. An apology presumes wrongdoing, and for a court of law, an action amounts to wrongdoing only if it is proved as such. Without such proof, to make someone apologize puts the cart before the horse, forcing atonement on the pain of contempt.

Its inevitable, albeit unintended, consequence is a further breaking down of the citizen-State democratic compact. Citizens approach courts in criminal cases with the hope of justice being delivered without fear or favour, irrespective of the powerful governmental interests in maintaining law and order. But in this case, despite rightly ordering Sharma’s release, by introducing the requirement of an apology in a politically charged setting, the court performed a balancing act instead of powerfully reinforcing the fundamental right to free speech which is its constitutional role.

Its actions must be seen in the context in which the judgment was delivered. Justice Benjamin Cardozo of the American Supreme Court had said “the great tides and currents which engulf the rest of men do not turn aside their course and pass the judges by”. At a time of great political tumult and callous disregard for constitutional values, the Supreme Court missed an opportunity to restore a semblance of the ‘heaven of freedom’ that Rabindranath Tagore fervently hoped for and the Constitution was enacted to achieve. Its unfortunate omission, when seen alongside an arbitrary police force and violent political factionalism from government and Opposition alike, makes Bengal today a place where the mind is fearful, the head is bent over in shame, knowledge is cloistered and the clear stream of reason has decisively lost its way.