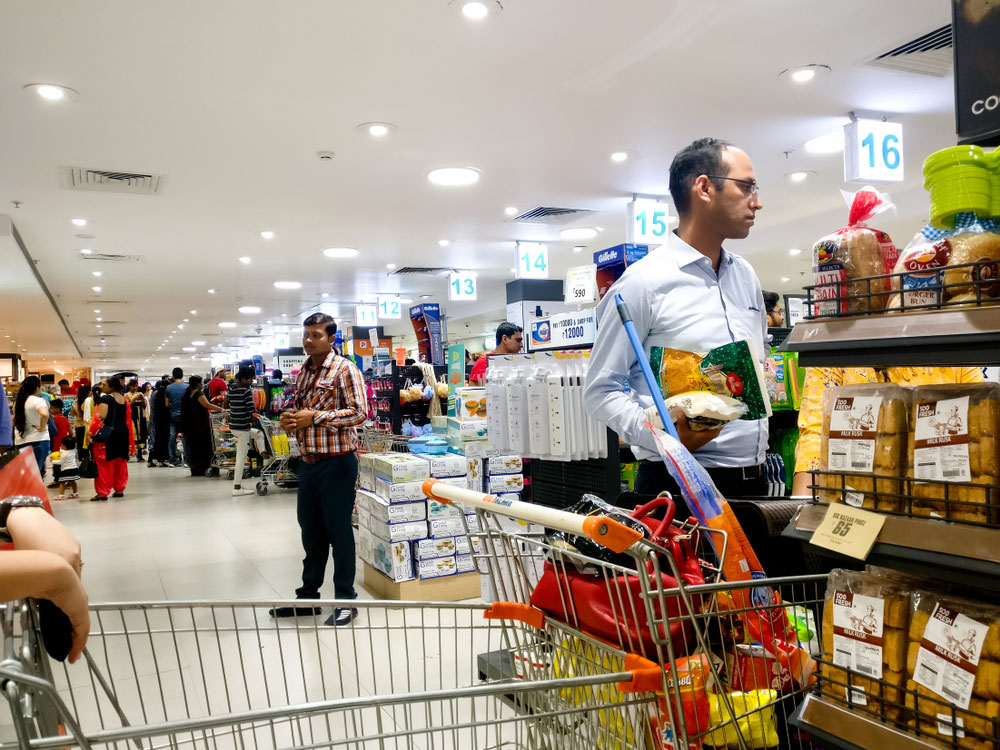 Consumers’ disposable income had received a setback because of the tepid increase in urban and rural incomes and lack of jobs for the new entrants.
(File photo)
Sangeeta Karanjai   |   Published 20.02.20, 06:54 PM

One of the key indicators of India’s economic slump is the declining consumer goods production rate. As per the Index of Industrial Production, the production rate was 5 per cent in 2017-18 and fell to 1 per cent in 2019-20. This decline was both in terms of value and volume. This means consumers were not only buying lesser quantities but also opting for cheaper alternatives. According to a Nielsen BASES report, growth in value declined from 16.5 per cent in July-quarter 2018 to 10 per cent in June-quarter 2019. The volume growth of packs sold fell from 13.4 per cent to 6.2 per cent during the same period. Hence, the decline in consumer goods production in 2019-20 was perhaps a response on the part of fast moving goods companies on account of the lack of rural and urban demand.

Some of the other products whose production declined include aerated drinks, hair oil, creams, juice, soaps, butter, toothpaste, sauces, cakes and so on. An interesting observation is that during this period inflation was much lower. This clearly denotes that consumers were not refraining from purchase because of product prices. Besides stagnant income levels or wage rates, perceived product quality and changes in taste could also be cited as some other reasons for the low demand, as mentioned by the CARE rating report. Rural consumption, which had grown at 20 per cent in December 2018, had, according to the Nielsen report, fallen to 15.2 per cent in March 2019.

The rural population is largely agrarian. The monsoon plays an important role in determining output. Weak monsoons contributed to lower rural output and income. Furthermore, depressed crop prices and the presence of intermediaries that forced farmers to sell their produce at a minimal price also led to lower income. Landless wage workers — they constitute two-third of the rural households — were equally affected by this phenomenon. The rising educated rural population that is sitting idle because of the lack of job opportunities in the private and public sectors has contributed to this conservative spending behaviour. The Nielsen report shows that rural India witnessed a slump across several food categories where the larger decline was observed in impulses like biscuits and chocolates and in essentials like atta and refined oil.

Companies like Nestlé that have a 20-25 per cent presence in rural India and the smaller towns have faced the brunt. Nestlé increased the price of Lactogen Baby Cereal Stage 1 by 4 per cent and of Maggi Atta Noodles and Maggi Oats Noodles by 3-4 per cent to cover operational costs and revenue margins. GSK’s Boost became dearer by 3 per cent; Danone’s Protinex by 3 per cent while Hindustan Unilever raised the price of Fair & Lovely Advanced Multi-Vitamin cream by 3 per cent. The rise in prices has, of course, made the situation worst and there aren’t any signs of recovery yet.