Advertisement
Home / Opinion / Shrill nationalism has clouded thought, but there is a silver lining

Shrill nationalism has clouded thought, but there is a silver lining

Many have sought to resist the polarising narratives, and the CRPF has set an inspiring example in this respect 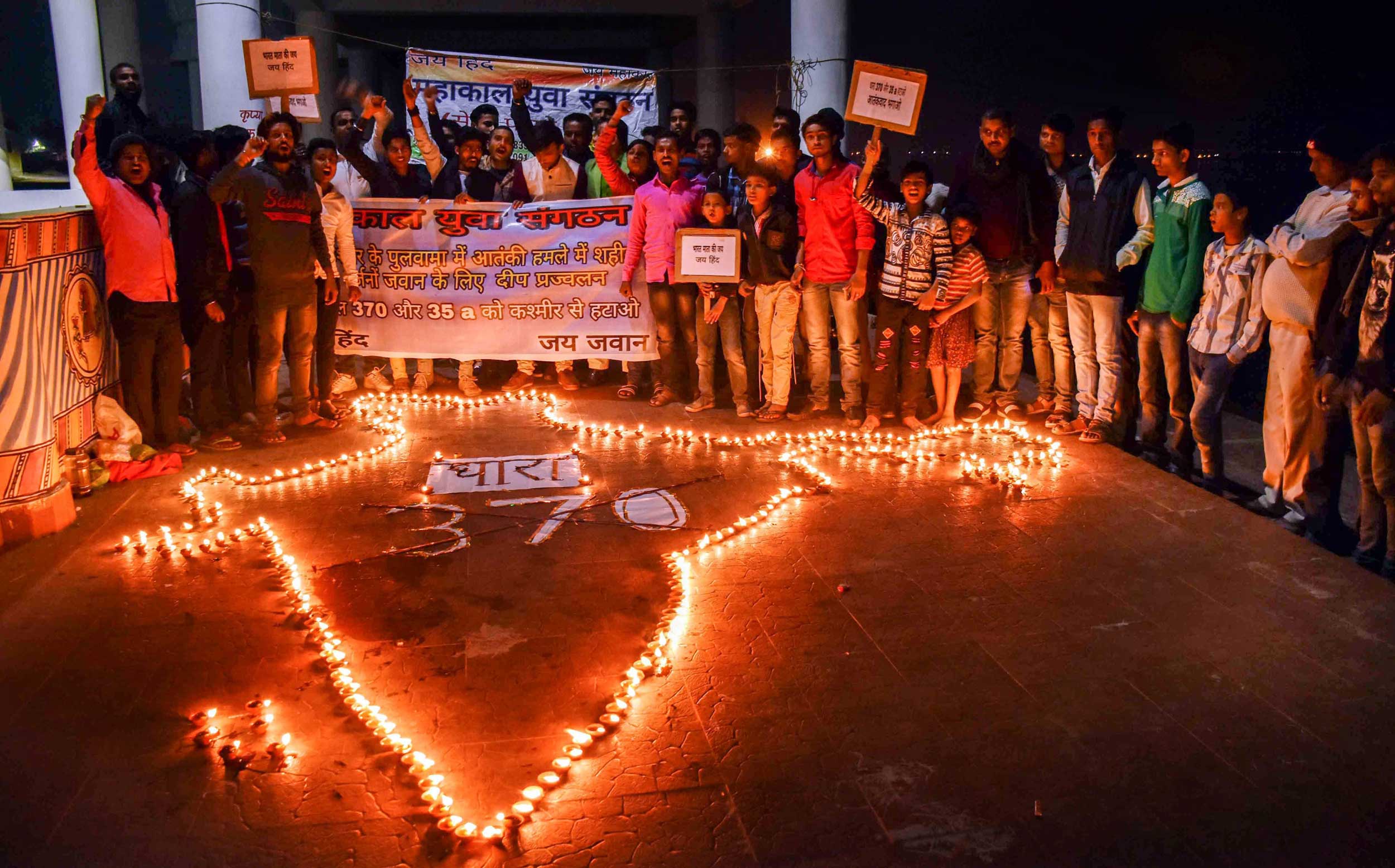 A candle light vigil in Patna on Monday to pay tribute to the CRPF jawans killed in the Pulwama terror attack
(PTI Photo)
The Editorial Board   |   Published 19.02.19, 03:18 AM

The heinous attack on members of the Central Reserve Police Force in Pulwama in Kashmir has, understandably, enraged the nation. Citizens, shocked by the cold-blooded massacre, have marched in solidarity, expressing their support for the servicemen as well as severely criticising the alleged perpetrators. It appears that some unscrupulous elements have taken advantage of the collective outrage to target vulnerable citizens in corners of the country. Kashmiri students have reportedly been harassed and intimidated in Haryana, Rajasthan and Dehradun. This is particularly unfortunate. These instances of thoughtless aggression are likely to add to their sense of alienation. There have been other kinds of transgression too. For example, a woman in Bengal’s Barasat received threats — of death and rape — for arguing for the sake of peace on a popular social media platform. It seems, yet again, that the malaise of shrill nationalism has clouded thought and reason during a trying hour.

But even this gathering cloud has a silver lining. There have been numerous responses that have sought to overcome, even challenge, the polarising narrative that may have been orchestrated with a political purpose. The CRPF has set an inspiring example in this respect. It has used an existing helpline, which had been set up earlier, to coordinate with local police so that distressed Kashmiri students can receive both assurance and aid. India’s largest paramilitary force has acted in the best traditions of the country’s defence institutions that remain a beacon of not just bravery but also inclusion. A number of courageous citizens decided to swim against the tide, as it were. Social media has been flooded with appeals from the conscientious, offering a safe haven and comfort to those who are living in fear. This kind of selflessness is emblematic of the India of old. There is a case for public institutions — the media included — to further this momentum on the ground. The founding of the democracy was based on the principles of accommodation and equality. India must not be allowed to forget its original charter in its moment of grief and indignation. To stay united and act resolutely in the face of provocation, from within and without, would be the real test for Indian democracy.