Show of strength: China ups the ante on Taiwan

Beijing has been relentless in targeting Taiwanese president Tsai Ing-wen, but the more she has been bullied, the higher her political profile has risen 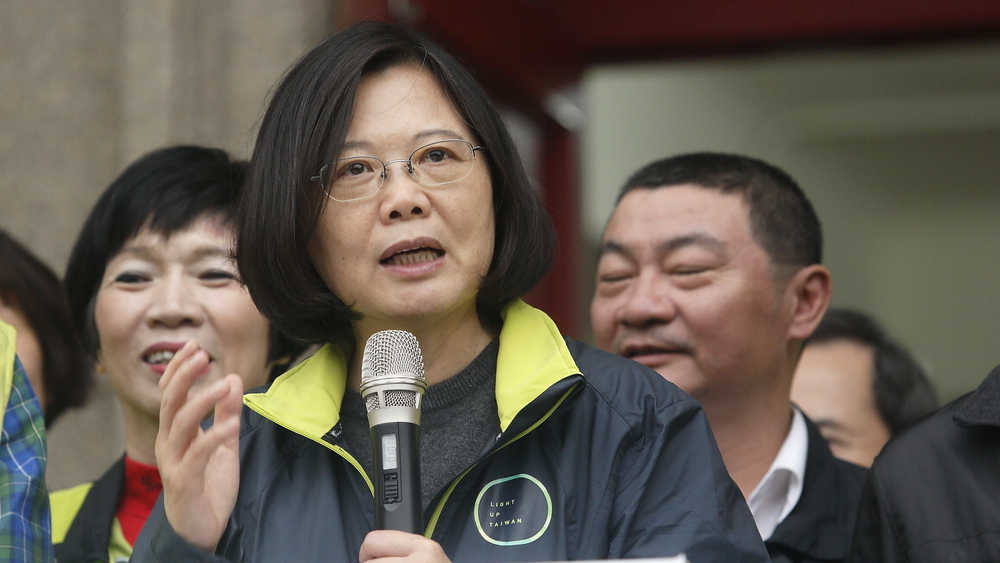 Even as the Joe Biden administration in the United States of America is trying to settle in, China is making it clear that its priorities have not changed. The new dispensation in Washington, DC may talk of strategic patience when it comes to dealing with China but for Beijing, there is only one approach to managing issues like Hong Kong and Taiwan. The last few weeks have seen China upping the ante on Taiwan. After demonstrating its military might via air incursions and other military activities, China warned Taiwan that any attempt to seek independence “means war”. A Chinese spokesperson argued that the military manoeuvres were “necessary actions to address the current security situation in the Taiwan Strait and to safeguard national sovereignty and security”. There was also a direct warning to “‘Taiwan independence’ elements”: [T]hose who play with fire will burn themselves...”

This sort of approach is becoming a regular feature of Chinese diplomacy. With every new US administration, Beijing makes a big show of its force, often testing the new dispensation’s resolve to stand up to its coercive tactics. With this power transition, too, China wants to ensure that the US gets the message about its seriousness when it comes to Taiwan. And so the world witnessed major air incursions by China into Taiwanese air space last month, at times involving as many as 15 aircraft. In response, Taiwan’s air force deployed air defence missile systems to monitor the planes. The Taiwanese government also made it clear that China should “not underestimate” the island nation’s determination to defend its sovereignty and uphold democracy.

Amid such threats and counter-threats, the Biden administration not only reaffirmed its “rock-solid commitment” to helping Taiwan defend itself but also said that it sees “no reason why tensions over Taiwan need to lead to anything like confrontation”. In his first call with the Chinese president, Xi Jinping, Biden also underscored his “fundamental concerns about Beijing’s coercive and unfair practices, its crackdown in Hong Kong, reported human rights abuses in Xinjiang, and increasingly assertive actions in the region, including toward Taiwan”. Abandoning the cautious approach of its predecessors, the Donald Trump administration had given a new dimension to US-Taiwan ties by enhancing closer ties with Taipei, stepping up arms sales, increasing the frequency of US Navy ships sailing through the Taiwan Strait, and engaging in regular high-level interactions with officials in Taipei in spite of fierce warnings from China. In fact, in his last few days in office, the US secretary of state, Mike Pompeo lifted long-standing restrictions on contacts between American and Taiwanese officials, one of the most significant policy shifts on Taiwan in recent years. He called into question the US’s long-standing ‘one-China’ policy by stating in a radio interview that Taiwan “has not been a part of China”. Beijing issued a warning that behaviour that undermines “China’s core interests and interferes with China’s domestic affairs will be met with a resolute counterattack”.

Biden will have to follow that policy of enhanced engagement even at the risk of incurring Chinese wrath. Taiwan’s de facto ambassador to the US, Hsiao Bi-khim, was invited to attend Biden’s inauguration ceremony, underlining for Beijing an essential continuity in US policy towards Taiwan. It is therefore no surprise that China is messaging Washington about its red lines at a time when global opinion is perhaps the most favourable it has ever been to Taiwan.

This was a message also being sent by the Taiwanese president, Tsai Ing-wen, in her New Year address when she suggested that “stabilizing relations across the Taiwan Strait is no longer just an issue for the two sides” but “a concern for the whole of [the] Indo-Pacific region”. There is a lot of goodwill for Taiwan across the world today while China’s actions during the Covid-19 pandemic have generated a negative backlash. This worries Beijing as the global climate might propel Tsai to declare formal independence, although she has repeatedly said that Taiwan is already an independent State, making any formal declaration unnecessary.

Beijing has been relentless in targeting Tsai, but the more she has been bullied, the higher her political profile in Taiwan has risen. She was re-elected to office last year with a landslide victory after she was seen as standing up resolutely to the Chinese Communist Party. The global goodwill for Taiwan will make it even more difficult for Biden to go back to the US’s overly-cautious policy framework of the past. For his part, Xi has made it clear to Taiwan that it “must and will be” reunited with China, arguing that unification was “an inevitable requirement for the great rejuvenation of the Chinese people”.

And so, as the US and China restructure their relationship around the strongly contested issue of Taiwan, the latter remains one of the biggest flashpoints in global geopolitics, with serious consequences for the future of the global order.