How to win elections and damage India 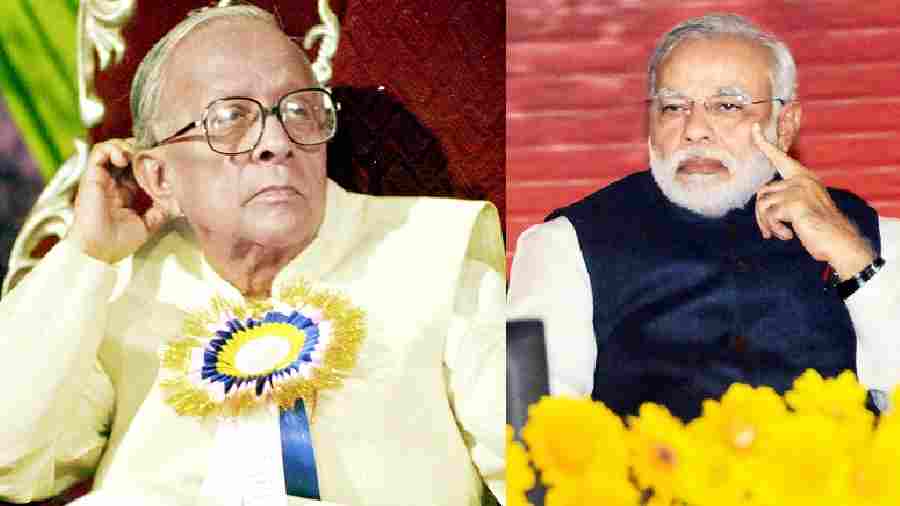 After Narendra Modi took control of the Bharatiya Janata Party, his party won majorities on its own in the general elections of 2014 and 2019, a feat it never came close to achieving before. Once restricted in its influence to the north and the west, the BJP has made serious inroads into the east and south as well. Before Modi made his national ambitions known, few would have thought that the BJP could become the second largest party in West Bengal, come to power on its own in Assam, and have a shot at winning power in Telangana as well.

However, the impressive electoral success of the BJP has not been translated into effective governance. After Narendra Modi came to power in May 2014, India has lost its way economically, socially, morally, and institutionally. Demonetisation and a botched GST damaged the economy well before the pandemic hit us, and the prime minister’s policies during Covid have hurt it further. Modi’s regime has presided over an alarming concentration of wealth in the hands of a few favoured capitalists on the one hand and a declining labour participation rate on the other. The stigmatisation of Muslims, energetically approved of by several senior Union ministers and BJP chief ministers, have ravaged an already fragile social fabric. The appointment of vice-chancellors/directors of our best universities/research institutes on the basis of ideology rather than competence have dealt a body blow to science and knowledge creation. Some public institutions supposed to be independent have become instruments of Hindutva ideology; others have become nakedly partisan in favouring capitalists close to the ruling regime.

Altogether, the Modi government’s record in office is noticeably inferior to the governments led by Atal Bihari Vajpayee and Manmohan Singh. And, yet, although they are incompetent at running the economy and have deeply polarised society, although they have hollowed out constitutional institutions and, thus, grievously weakened our democracy, Modi’s party is, at the moment of writing, absolutely unchallenged at the national level. After its victory in four out of the five states that went to the polls earlier this year, the BJP remains distinct, if not overwhelming, favourites to win the next general elections in 2024. The comfortable position it occupies is owed to its financial resources, ideological commitment, organisational strength, control of State institutions, and, on the other side, the lack of a credible national Opposition.

The phenomenon of enduring political success coupled with an indifferent administrative record is not uncommon in the modern world. Vladimir Putin in Russia, Recep Tayyip Erdogan in Turkey and Robert Mugabe in Zimbabwe have all enjoyed long stretches in power despite damaging their country’s economy, institutions, social fabric, and international reputation.

As a historian of India, I’d like to invoke a little-noticed parallel that is, in fact, much closer at hand. It seems to me that Narendra Modi and the BJP are emulating at the national level what Jyoti Basu and the CPI(M) had previously done in West Bengal. The Left Front, of which the CPI(M) is the principal constituent, was in power in West Bengal for thirty-four years. Jyoti Basu was chief minister of West Bengal for twenty-three of those years. And not a particularly effective chief minister either. Like Modi’s BJP in India, Basu’s CPI(M) in West Bengal was both brilliant at winning elections and incompetent at governance.

The West Bengal of which Jyoti Basu became chief minister in 1977 had a robust industrial base, fine universities, access to the coast, and a thriving cultural life. Had the state government been run wisely and well, West Bengal could by now have become one of the most developed states in India. Yet, by giving trade unions veto powers over what happened in factories, allowing party bosses in Alimuddin Street to dictate bureaucratic as well as university appointments, demonising capitalists and stifling entrepreneurs, Basu and the CPI(M) oversaw a long period of economic stagnation. Companies with deep roots in West Bengal relocated to other parts of India. The party bosses oversaw an intellectual brain drain as well. Nor, for all Its talk of rural uplift, did the Left Front do much in that sphere — today, a formerly backward, historically feudal, isolated hill state such as Himachal Pradesh is far more advanced than West Bengal in terms of education, health, and agricultural development.

The CPI(M) itself was one thing in West Bengal, quite another in Kerala. In the latter state, the Left was inspired by social movements for caste and gender equity and, when in office, focused strongly on education and health. That it held power alternately with the Congress in Kerala also forced a certain amount of accountability. In terms of their contributions to human development, the communists in Kerala have a great deal to be proud of.

Their comrades in West Bengal do not. And, yet, the CPI(M) kept winning elections in the state. Why? For one thing, its cadre were more numerous, more widely dispersed, and more committed than those of other parties. While Jyoti Basu was the public face of his party, his urbanity and refinement winning him praise from the middle-class of Calcutta, hardliners like Promode Dasgupta and Anil Biswas assiduously supervised the party’s growth in the districts.

Another reason for the CPI(M)’s long run of electoral successes was that despite its professed commitment to ‘proletarian internationalism’, to the voters it successfully presented itself as a party of Bengali pride. ‘Centre kom diyeche’ (the Centre has given us less than our rightful share) became a rallying cry, especially at election time, when the Left Front’s main rival was the state unit of the Congress, the party in power for long stretches in New Delhi. (Ironically, it is on the same plank of Bengali regional pride that the Trinamul Congress, now the dominant party in the state, has kept the BJP at bay, now the dominant party at the Centre.)

While sustained economic growth and job creation have been beyond the Modi government at the Centre (as it was for the Basu government in West Bengal), each achieved some success with targeted welfare schemes. The land titles issued by the Left Front under ‘Operation Barga’ were in this regard analogous to the cooking gas and free rations schemes promoted by the BJP. These benefits have been leveraged at election time as proof that the incumbent regime could, albeit in a modest way, ‘deliver’.

These political parallels between West Bengal in the past and India in the present are worth noticing. To be sure, there are some important differences as well. The hatred of a province for the national capital is not nearly as harmful to the social fabric as the hatred of a religious majority for an already vulnerable religious minority. Jyoti Basu was an ineffective administrator, but, unlike Narendra Modi, he never sought to build a personality cult around himself. Basu had a basic decency, a certain sense of propriety, that our current prime minister entirely lacks. He was also far more committed to protecting the rights of minorities than Modi ever can be. Finally, holding back the progress of a state obviously hurts many fewer people than holding back the progress of an entire country.

Another major difference is that as the party in power at the Centre, Modi’s BJP has used its control over the investigative agencies to harass political rivals. A recent report in The Indian Express notes that 95% of politicians arrested or raided by the CBI since 2014 are from Opposition parties. The Union government under Modi and Shah has also sought to distort the political process in their favour by the secretive electoral bonds scheme and by intimidating independent media channels and arresting journalists who speak the truth.

These differences notwithstanding, the similarities in method and outcome are noteworthy. The modern history of West Bengal demonstrates very clearly that winning many assembly elections in a row is no guarantee of good governance or social well-being. If the BJP continues to win general elections while running the country further into the ground, this might be the story of modern India too. It appears that in a single state as well as in the nation as a whole, having the same party in power for long, uninterrupted periods can lead to arrogance, complacency, and incompetence (or worse) in administration. That hoary adage, ‘What Bengal thinks today, India thinks tomorrow’, is being proved true once again, albeit in a darker and more sinister fashion than ever before.