Advertisement
Home / Opinion / Shaheen Bagh: If not now, then when?

Shaheen Bagh: If not now, then when? 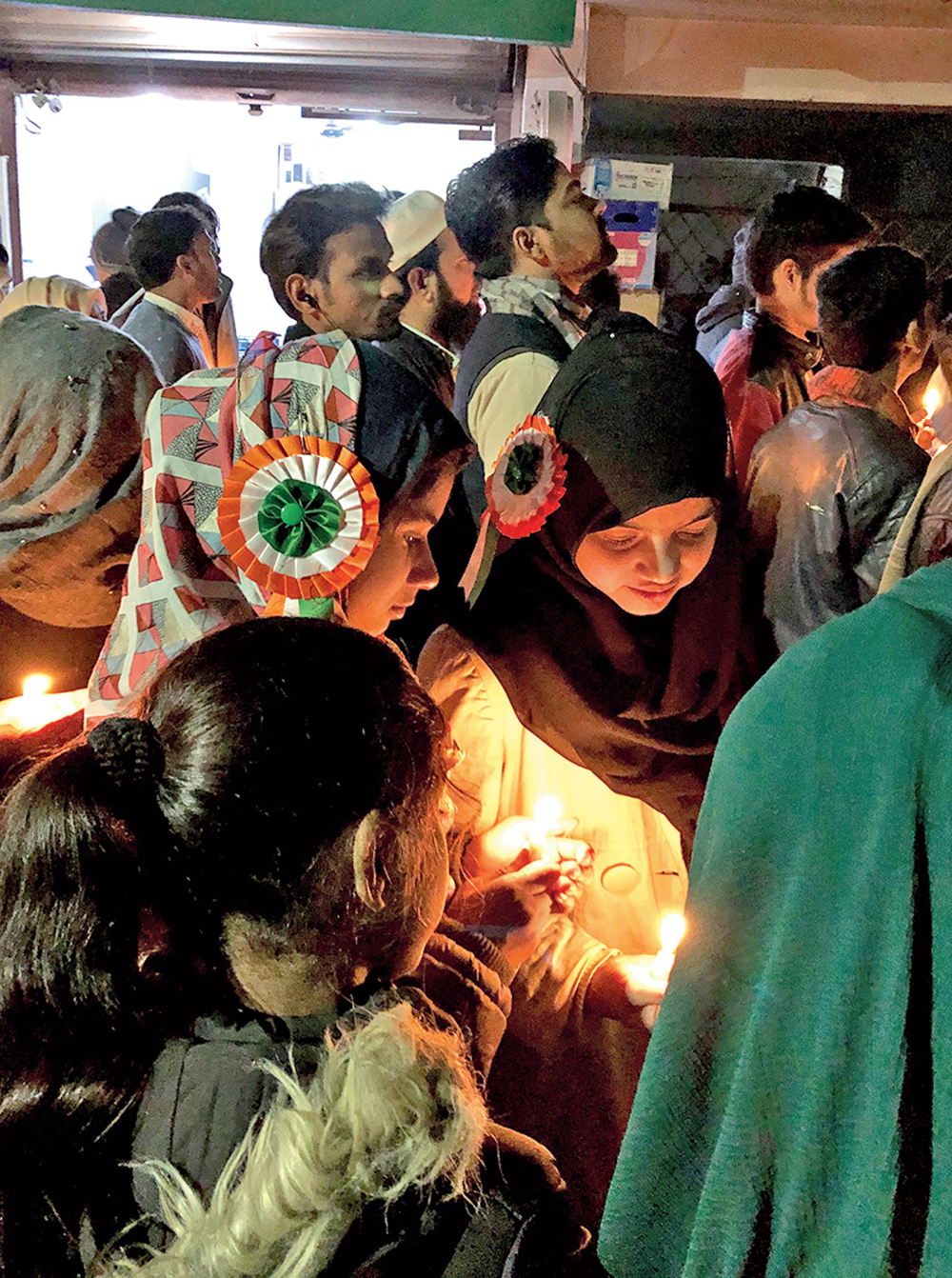 There was a march on Friday from Jamia Millia Islamia to Shaheen Bagh, the neighbourhood where local women have staged a sit-in for weeks in protest against the CAA-NRC pincer devised by Narendra Modi’s majoritarian regime. It started from Jamia’s Gate No. 7, which leads into the university’s central quadrangle. In the middle of the quad stands a statue of Ghalib. It has a large head, large hands and feet, and a foreshortened body, more Hobbit than Ghalib, but it has become something of a symbol of Jamia. When it was first installed, there was opposition from the orthodox because here was a graven human image in a Muslim university, but his champions prevailed and there he stands. He would have been pleased with this permanently tenured place of honour in a university; he once rode away from a job interview at Delhi College because its principal didn’t have the good manners to receive the great man at the gate when he rolled up in his carriage.

What would he have made of the candlelit juloos that set out from under his eyes as the day darkened? He would have been interested in the twenty or so Sikhs at its head. For most of his life, Ranjit Singh’s Sikh empire had ruled the Muslim-majority state of Punjab and the relationship between the later Mughals and the Sikh Gurus had been bloody and fraught. And yet, here was a demonstration of fraternity that was symbolic of the larger hostility in contemporary Punjab towards the amended citizenship law and its implications. Not only had Punjab’s chief minister, Captain Amarinder Singh, criticized the CAA’s discriminatory nature, even the Shiromani Akali Dal, the Bharatiya Janata Party’s longstanding ally in Punjab, had publicly voiced its unease with the exclusion of Muslims from the amended citizenship act despite having voted for it in Parliament.

The sangh parivar has a long tradition of describing Sikhs as the ‘sword arm’ of the Hindus. It is an assimilative ploy that seems to have stopped working. The BJP tried to sell the CAA as a way of regularizing the status of Pakistani Sikhs in India but the spectacle of an avowedly majoritarian party excluding Muslims from the purview of the CAA has rung alarm bells in a minority community that has had its own history with majoritarianism. When the procession wound to its end at Shaheen Bagh, there were speeches made that stressed the need for minorities to look out for one another, to mobilize against majoritarian bullying instead of waiting for others to do it for them. The Constitution wasn’t a mantra to be invoked; it was a charter of rights that had to be publicly rehearsed and exercised.

Having lived in the walled city in the first half of the nineteenth century, Ghalib would have been startled by the number of women in the procession. Many of them wore tricolour rosettes pinned on chunnis and hijabs, to make it easier, perhaps, for the prime minister to know them for who they were. Most of them were young, many of them had stubby, melted candles burning in the palms of their hands. It isn’t often that a song written for Shammi Kapoor and Sadhana can be pressed into service as the anthem of a popular movement, but this one can: “Tumne pukara aur hum chale aaye, jaan hatheli par le aaye re...”. They were in fine voice right through the march; one pipsqueak with a voice that made soprano seem bass led my section of the marchers in the chant made famous by Kanhaiya Kumar. I realized that you don’t need a big voice to sloganeer, just one that carries and hers carried like chalk on board.

The presence of women in the juloos and then at its end in Shaheen Bagh defined the event. Partha Chatterjee has written of the way in which late-nineteenth-century bhadralok men divided their world into the public and the private, the home and the world, ghar and bahar. The public world was the arena where Indian men contended with a colonized India while the home was the domain of women where they tended Indian identity by keeping its culture uncorrupted by an alien public realm. What we have seen in the course of the campaign against the CAA is a claiming of the public sphere by Muslim women emerging from their homes in the face of what they recognize as an existential threat posed by a majoritarian State.

The juloos had hundreds of people who weren’t Muslim but the bulk of it was made up of Muslims. If there is one thing that makes the movement against the CAA and its evil twin, the NRC, historic, it is the end of ‘behalfism’, the entrenched notion that Muslims should speak through non-Muslim proxies even if the discrimination they suffer is tailored to fit them. In this movement to keep India secular, the organizing initiative has often been taken by Muslims. With leadership comes responsibility and in the weeks and months (and years) to come, there will be arguments and questions about the balance between mobilizing as Muslims and mobilizing as Indians. The march to Shaheen Bagh provided some answers: over the hour and a half that it took for the marchers to wind their way through Jamia’s neighbourhood to Shaheen Bagh, they demonstrated as Muslims, as citizens, as Muslim citizens.

The questions that will be asked of this movement as it endures and grows were framed more than two thousand years ago by the great Jewish rabbi, Hillel the Elder. He famously asked, “If I am not for myself, who will be for me? But if I am only for myself, who am I? If not now, when?” There is a starkness, an anguish and an urgency to these ancient questions that will resonate through this movement. Right now, it’s important to celebrate its passion, its civility, its existence.