BJP-RSS efforts to subvert the law, evidently to create disorder so that the BJP can step in, should be firmly stopped 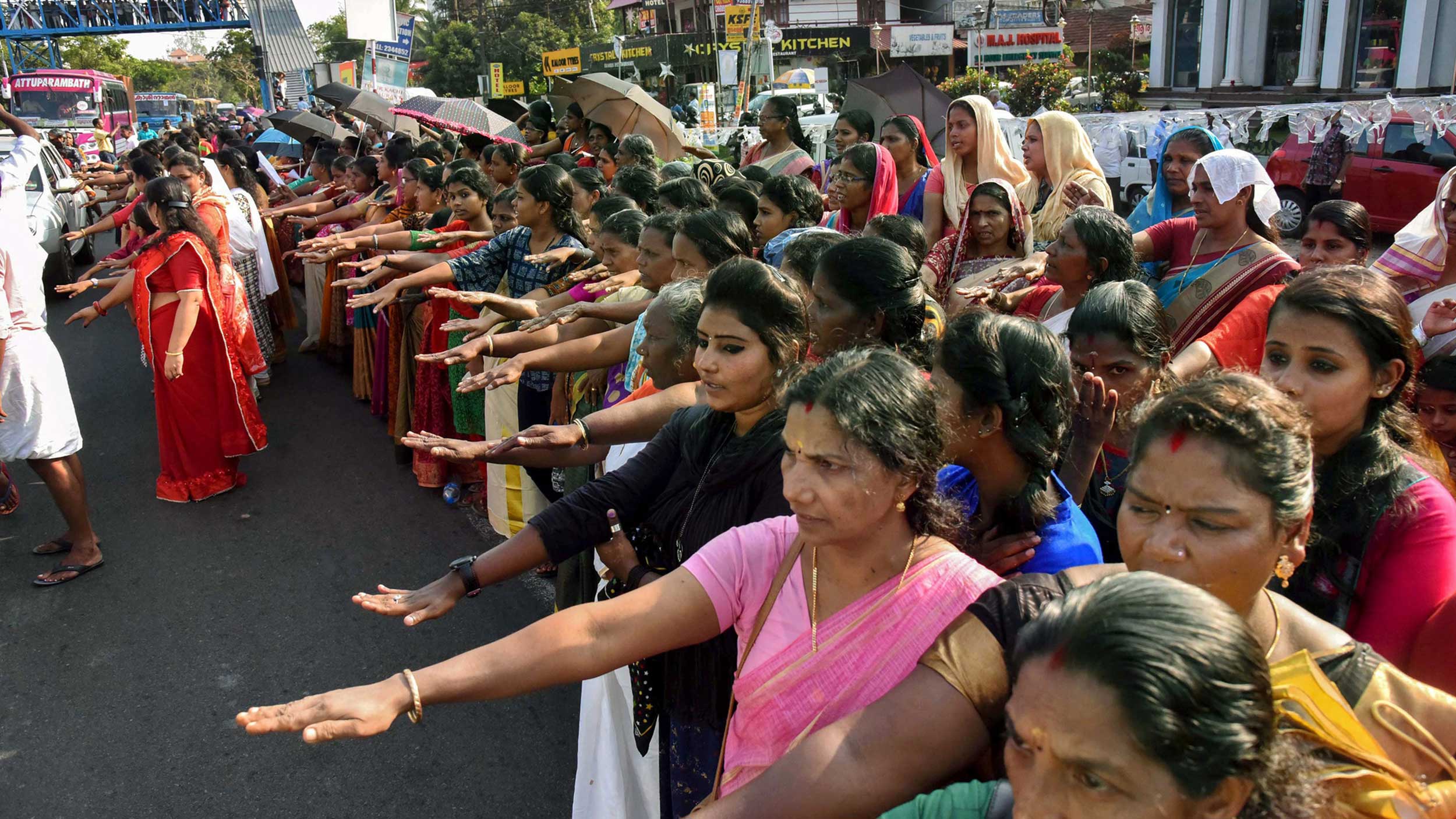 Thousands of women take part in the 'women’s wall' against communalism and gender discrimination, in Kochi, Kerala on Tuesday, January 1
(PTI)
The Editorial Board   |   Published 08.01.19, 03:04 AM

Change may happen in spite of prejudice. Not that the taking over of the issue of temple entry by a political agenda in Kerala is a mark of change. Yet one memorable event, which could become a formative element in Kerala’s — or the country’s — history, emerged out of the resistance that followed the Supreme Court’s direction last September to lift the ban against the entry of women of reproductive age into the Ayyappa temple at Sabarimala. That event was the amazing 385-mile long ‘wall’ created by women — between three-and-a-half million and five — in order to take a pledge of gender equality on January 1. It was not a spontaneous move, certainly, but the result of mobilization by the Communist Party of India (Marxist), which heads the state government. Also, most important in the temple-entry context, not all the women supported the court’s directive or were interested in whether or not they would be allowed to see Ayyappa while they were still of reproductive age. Yet what was striking was their conscious participation in a pledge of equality — many men too had turned out in support of their women — and the sense that what they did that day might make the way easier for their daughters.

This alone is the glimmer of change in an environment of renewed violence that has caused at least one death and more injuries, much property damage and targeted attacks on the houses of political leaders mostly by stone- and bomb-pelting mobs purporting to be the defenders of tradition. The violence began with the Rashtriya Swayamsevak Sangh and others calling a hartal after two women entered Ayyappa’s temple and the chief priest felt compelled to purify the holy space. While the CPI(M)-led government accuses the RSS and the Bharatiya Janata Party for organizing the violence, and the Congress accuses the CPI(M) for failing to stop the BJP from doing so, certain issues demand attention. One, the clash of religious faith and equality of rights should not be obscured by political chicanery but be resolved with fairness and diplomacy. Two, the BJP-RSS’s efforts to subvert the law and blackmail the judicial process, evidently to create enough disorder so that the BJP can step in either as party or as government in the Centre, should be firmly stopped. Not just the state government, but all stakeholders in equality, freedom and the rule of law should collaborate in this.