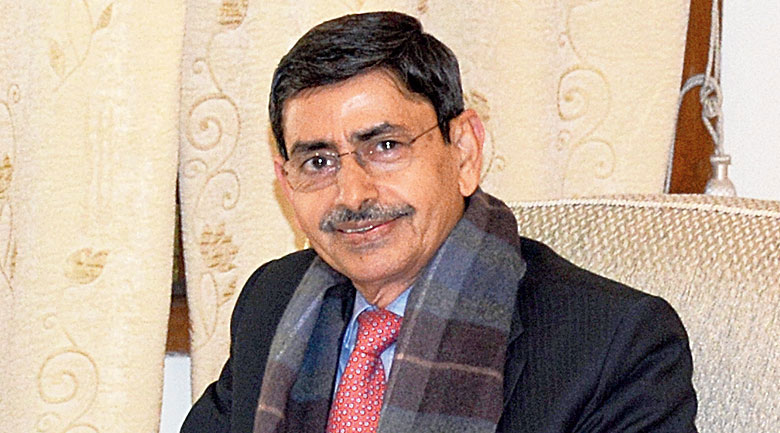 The statement from the National Socialist Council of Nagalim (Isak-Muivah) came as a shocker: the Nagas, it said, are ready to “fight another war” if their political rights and history are not respected. Then came the warning — the Naga issue will remain India’s Achilles’ heel if the Centre or its interlocutor, R.N. Ravi, attempts to misinterpret the prevailing situation.

There is, in fact, an eerie similarity between the mid-1960s, when the Naga National Council was talking to India, and now when the NSCN(I-M) seems to be reaching the end of its patience after over two decades of negotiations, alleging that Delhi’s interlocutor is going back on the Centre’s previous commitment to have ‘shared sovereignty’ as the bedrock of the Naga settlement. The peace negotiations with NNC started in 1964 with a government demoralized by the 1962 debacle. After routing the Indian army, the Chinese turned to proxy war, offering the Naga rebels training, weapons and even diplomatic support. As the talks continued with the heavyweight mediators of the Naga Peace Mission, the Naga rebels realized that the China card was too precious. Following secret parleys with Dhaka-based Chinese intelligence officials, a large contingent of the ‘Naga Army’ reached Yunnan after starting their march from Totok in July 1996. This China-bound contingent was led by a young Thuingaleng Muivah (political commissar) and ‘Brigadier’ Thinoselie Medom Keyho (military wing). Muivah, at the sunset of his eventful life, now heads the NSCN(I-M), the strongest of the Naga rebel factions.

That China will be more than willing to play the Naga card if India plays the Tibet card is amply clear now as it was in 1965-66. A decade of covert patronage, in cohort with the United States of America, to the Tibetan National Volunteer Defence Army led to a riposte on the border in 1962. If the whispers of Phungthing Shimrang, the former commander-in-chief of the NSCN(I-M), reaching China with few hundreds of the toughest Naga fighters are true, then the Narendra Modi government should get the negotiations back on track with some urgency. Irresponsible manoeuvres like threatening to outflank Muivah and his faction by striking a final settlement with the other rebel groups — broadly clubbed as the Naga National Political Groups — could only result in a strategic blowback India may not find easy to face.

The R.N. Ravi-led Indian effort to reach a final settlement with the Nagas has been messy. His statement that the Naga problem was a law and order issue and not a political problem smacks of naivete that can cost India dear. It is high time the country stops using the IPS to head every agency — the police, Intelligence Bureau, Research and Analysis Wing, Central paramilitary forces — because policemen, despite their experience, tend to see everything as a law and order problem.

Modi needs to comprehend the following points. The Naga issue holds the key to the eradication of the post-colonial virus of ethnic separatism in the Northeast; the region’s strategic and economic outreach potential will not be achieved without a comprehensive settlement to reconcile the warring ethnic groups of such a strategic region to the inevitable trans-border linkages; the Chinese may use of the Naga card to turn tables on Indian efforts to neutralize the Sagaing-Kachin-Yunnan base area for northeastern insurgents.

When I played a role in bringing the NSCN(I-M) to the table in 1997 on the request of the then home minister, Indrajit Gupta — I had just finished interviewing Muivah in Bangkok — it became clear to me that the Naga climbdown from ‘independence’ to ‘shared sovereignty’ provided a historic opportunity of course correction for India to transform a centralized power structure into a genuine, tiered federation in keeping with India’s tradition of diversity and pluralism. Two decades later, those hopes lie in ruin, with the ascendant ‘Hindi, Hindu, Hindustan’ rhetoric scuttling the autonomy of frontier states. If India is to get its diplomacy back on track after an injurious derailment, the following goals must be met: the Naga imbroglio must be resolved along with other insurgencies in the Northeast following the Burmese multiple dialogue model; the Kashmir dialogue must be reopened with Pakistan by picking up the thread of the Manmohan-Musharraf engagement; a permanent solution to the border dispute with China must be prioritized; dialogues must be held with small (Nepal) and not-so-small (Bangladesh) neighbours to solve contentious bilateral issues; a high-level of defence preparedness must be retained, covert cards like Balochistan nurtured, and powerful alliances like the Quad nurtured without allowing the US to hijack the agenda.