A philosopher’s contribution to harmony 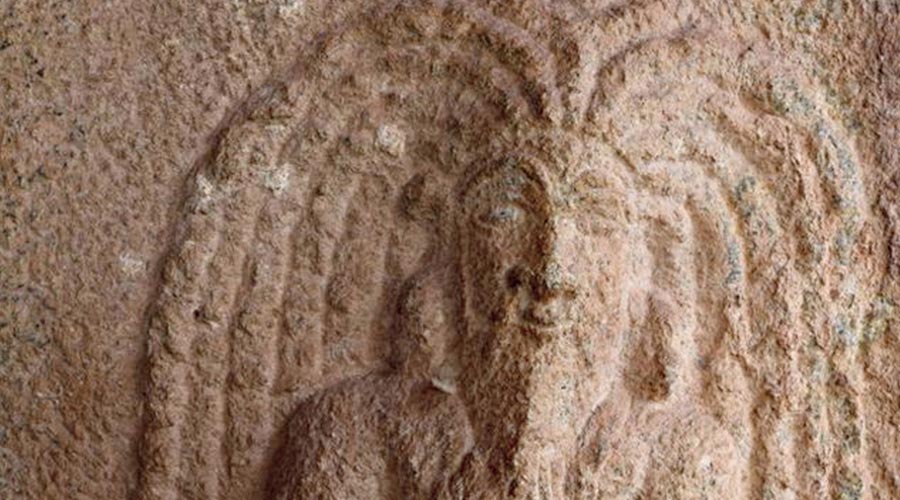 Gaudapada, the paramguru or grand preceptor of the Shankaracharya and the first one in the guru-shishya succession, proposed a radical concept that significantly influenced the path of Indian philosophy. However, his unique contribution has been neglected and distorted in modern times and has never received the global acclaim it deserves.

So what was the concept put forward by Gaudapada? As we know, ideas can be either supported or opposed. Especially in modern times when individuality is encouraged, there is greater opportunity for holding different views. However, this can give rise to challenges when two opposing ideas come into conflict with each other. When confronted with two conflicting ideas, we can often endorse one viewpoint and distance ourselves from the other. But there are instances where we cannot set aside either and need to deal with both. This demands a special cognitive competence, for which we can look towards Gaudapada. His significant contribution was to formulate a way of resolving two fundamentally incompatible views.

Gaudapada established a method of comparing two incompatible Indian schools of philosophy, namely, Buddhism and Vedanta, the latter a dominant school of philosophy rooted in the Vedas and the Upanishads. Lord Buddha attacked and comprehensively rejected Vedanta and proposed an alternative, radically different, philosophy. Vedanta and Buddhism were thus made mutually exclusive. It was against this background of radical polarisation of philosophy thatGaudapada undertook the arduous task of understanding the essentials of both Vedanta and Buddhism. He went one step further and identified a common denominator based on which the profound differences between these two incompatible schools could be compared and contrasted.

He chose the Mandukya Upanisad, where he identifies four states of consciousness: Visva (waking state), Taijasa (dream state), Prajna (deep sleep) and Turiya (non-dual). Recognising this common denominator against the background of an extreme polarised scenario is a huge challenge. By considering both sides, establishing a common denominator, and relating one with the other, Gaudapada introduced a third possibility, a radical concept that immensely enriched philosophy in India

This comparative approach of Gaudapada is different from Plato’s Dialogues, where differences are resolved, quite predictably and monotonously, in favour of Socrates. There are two aspects to Plato’s Dialogues — the process of dialogue and the conclusions. The process can continue, with each side displaying novel ideas and incisive arguments at different times. There can be tentative or even no conclusions. However, due to his preoccupation with conclusions, Platoterminates dialogues that have the potential to restate positions.

Gaudapada’s comparative method is also different from Hegel’sthesis, antithesis, and synthesis dialectics. Architecturally, it is the opposite of dialectics. In dialectics, the thesis —for instance, Vedanta— and the anti-thesis — that is, Buddhism — can get synthesised subsequently. In the process, they also lose their previous identity. In contrast, Gaudapada’s comparative method seeks to establish a common denominator at the bottom that provides a base retrospectively.

After downloading these two incompatible schools of philosophy onto a common platform, one can begin to relate these two opposed schools and philosophies. The process enabled by the common denominator keeps them engaged with each other, with tentative success but promising, ongoing debate. Unlike in a dialogue where one of the views is defeated or in dialectics where both are synthesised at a higher level, in Gaudapada’s comparative method, both remain critically engaged, a method that is perhaps unprecedented in the world.

This unique contribution deserves to be highlighted in philosophical circles at the global level. However, it is a pity that both popular and academic scholarship has not only ignored his contribution but some have also distorted it. For instance, Gaudapada hardly figures in the syllabus of Indian philosophy. This is a major failure and a significant loss to philosophical activity in India.

An instance of modern Indianscholarship distorting this radical and creative contribution is Vidhushekhara Bhattacharya’s claims that Gaudapada’s Karika of Mandukya Upanisad is a Buddhist text, thus placing him on the side of Buddhism. In contrast, this work is claimed to be a Vedanta text by scholars like Raghunath Damodar Karmarkar, pulling Gaudapada towards Vedanta instead.

Unfortunately, Bhattacharya and Karmarkar have forcibly pulled apart, from either end, the bridge that was so beautifully and painstakingly built by Gaudapada, thus replicating in modern times the great chasm that seemingly existed during the time of Buddha. The flaw in both these interpretations lies in not recognising that the central thrust of Gaudapada is building a bridge between these incompatible schools of philosophy and not absorbing one into the other. He wanted to retain the identity of both and yet, at the same time, make them engage with each other and, in the process, look towards sharpening and clarifying the views and arguments for each side.

Putting aside Vedanta and Buddhism, we can distinguish between form and content and apply the form of comparison outlined by Gaudapada to outside philosophy. This can inculcate in each of us the ability to understand two strongly opposing views, discover the common denominator, and use it to better understand each of these views—be it the Ukraine war or any other polarised conflict. However, it is a pity that modern Indian thinking has grossly ignored Gaudapadaand deprived us of the opportunity to inculcate this rare cognitive capacity. This failure to recognise the unique contribution and further distortion by some scholars have stood in the way of the long-overdue unveiling of Gaudapada at the globallevel so far.