Lessons from The Wire episode 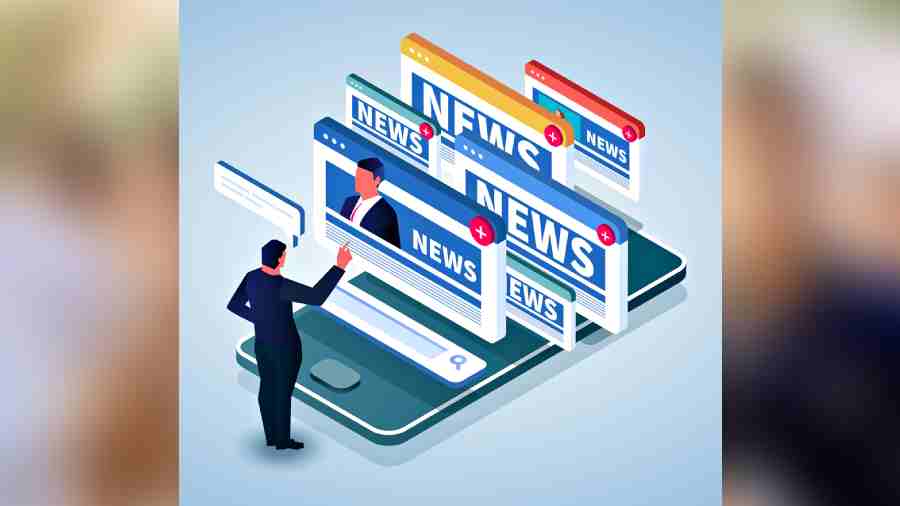 The past six weeks have been an extraordinary period for Indian journalism. The Wire, a celebrated digital news outlet, published and retracted technology based-investigations making sensational claims about the misuse of social media by the ruling party with the complicity of technology firms. It not only retracted the investigation published in October on Meta’s links with the ruling Bharatiya Janata Party but also an earlier January scoop about a controversial app called Tek Fog, which had remained on the site until its removal for review last month and its retraction earlier this month.

These developments were accompanied by withdrawals by others. On October 31, Bloomberg retracted an opinion column on Tek Fog published in January. The Editors Guild of India issued a statement withdrawing its references to the Tek Fog investigation in a statement issued in January. Moneylife.in announced that it was “unpublishing” a story based on The Wire’s exposé.

The question worth asking in retrospect is what makes a fraudulent piece of investigative journalism fly? There are several elements that come together to make this happen. First, a belief in the magical powers of technology to make the conspiratorial worst seem like a distinct possibility. When the rather fantastical story of an app that can do wide-ranging account creations and deletions at the touch of a button is published, it is instantly believed, raised in Parliament, widely commented on, and eagerly amplified by other media from the same ecosystem.

The second element is the absence of sufficient tech expertise within newsrooms or available to them instantly to sense the holes in the story. One aspect of this is knowing the limitations of what can be achieved by a supposedly miraculous app; the other (in the case of the second story) is knowing enough about how systems within a company like Meta operate. Or at least having contacts who have worked in Big Tech whom you can check with. The flood of stories in the mainstream and tech press in the United States of America that followed The Wire’s scoop and its withdrawal cited some red flags which were not heeded. Add to this the peril of being led by the oppositional instinct. As The Economist put it witheringly, “Wanting to believe is a fine quality in a pilgrim but a lousy one for holding power to account.”

The third — not insignificant — point is the fiasco occurred within a good-guy bad-guy ecosystem, which is now a dominant feature of India’s media landscape. To sense holes in the story, you have to be inclined to look for the holes. A lot of avoidable damage flowed from the willingness to believe the worst about the ruling party and Meta. (Such willingness was not without basis, but even so there were not enough devil’s advocates operating either within The Wire or anywhere else.)

It is ironic that Indian journalism now even has a category called ‘independent media’. It makes a virtue of a necessity. The BJP’s polarising approach to governance and its alternately dismissive and repressive approach to independent journalism created the space for a site like The Wire to emerge and acquire a grateful following. It is willing to take on the powers on a range of issues. It is both gutsy and oppositional. After this fiasco, at least two newspaper editorials have accused it of also being righteous. But given the constant, well-documented State bullying, The Wire’s readers and followers are willing to believe the worst about this government and its ruling party. Simultaneously, the bias confirmation approach to media consumption only makes polarisation in society grow.

Finally, there was insufficient recognition within The Wire of the wisdom of relying on the most basic journalistic conventions to safeguard against tech slip-ups, particularly when major accusations are being made. Despite being anchored by three senior, seasoned journalists, and having an in-house readers’ editor. There has been much talk about editorial processes, but how much editorial process do you need to ask the people you are writing about what they have to say before you publish your allegations? It is a fairly basic rule of journalism. Neither Amit Malviya nor Meta was told what was being reported about them or asked for pre-publication comment. Worse, ShareChat, which was named in the Tek Fog story back in January, had the same complaint about its comment not being sought.  It issued a statement on October 18 this year after The Wire’s Meta story was withdrawn for further checks, asking the site to retract its Tek Fog investigation as well. It said in that  statement, “At this juncture, we would like to remind The Wire that the very same researchers had published an article earlier this year. The claims made against us were published without seeking our comment, quoted an expert who we understand has sought to distance himself from The Wire in the latest story and alleged collusion without a shred of evidence.” Meanwhile, the site has not apologised to either Malviya or Meta or, for that matter, to ShareChat.

Of the two technology-based exposés featuring the ruling party that The Wire did this year, the first was published in January and did not come a cropper until October end when the site’s second big scoop of the year involving Meta came to grief. And this despite a detailed taking apart of the first story about an app called Tek Fog by the technology blogger and journalist, Samarth Bansal, that made a fairly fantastical claim and where the evidence provided hinged mainly on screenshots. It was published in his deep dive newsletter called  The Interval right after the story’s publication. He wrote this having interviewed the two authors of the investigation at some length, but it did not get enough purchase to build pressure for a take-down of the scoop. The ‘In Focus’ podcast of The Hindu posted in January also focused on Tek Fog, interviewing Bansal on the challenges of investigative tech journalism.

In October, Bansal again did a long, detailed taking apart of The Wire’s second investigation in The Wire vs Meta: What did we learn?  on splainer.in, examining a single source story based on a document and an email about which crucial questions were not asked. The saga began with the Instagram takedown of several posts by an anonymous handle called @cringearchivist in early October. On October 10 came The Wire’s now retracted explosive piece titled, “If BJP’s Amit Malviya Reports Your Post, Instagram Will Take it Down — No Questions Asked”. Bansal’s critique is long, detailed and damning, concluding: “Kumar is the reporter who gets the story. Kumar is the editor who vets the story. Kumar is the technical expert who verifies the story. And now Kumar has become the story.”

Subsequently @cringeactivist has revealed his identity in a long bizarre rant which makes the story even more weird. Civil and criminal charges have been filed against The Wire following a complaint by the BJP technology head, Amit Malviya. The day after, the Delhi police lodged a first information report against the portal. The Wire filed a police complaint against its researcher, Devesh Kumar, who is now accused of fabrication of documents and forgery.

But the site is not down and out. It is on a crusade and expects right-thinking folks to stand by it. At the bottom of the page announcing the retraction of the Meta investigation, it runs a “Support the Wire” appeal asking for donations to support its work. And given the current sense of siege that has descended on part of the country’s civil society, the support may well be forthcoming.