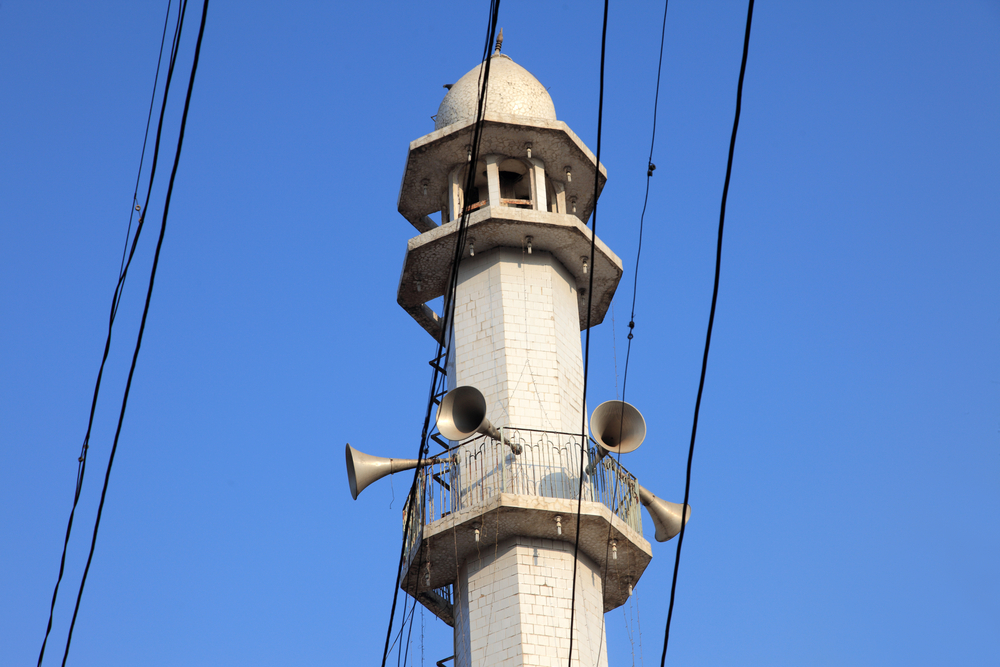 According to the court’s ruling, there would be no violation of lockdown guidelines if a single person recited azaan from minarets without using sound-amplifying devices
(Shutterstock)
The Editorial Board   |     |   Published 24.05.20, 07:28 PM

Religion does not require loudspeakers. This was perhaps the most important lesson embedded in the Allahabad High Court’s ruling on azaan in response to a number of public interest litigations filed against the order of the Ghazipur district administration in Uttar Pradesh. The administration had banned azaans on the pretext that any call to worship on loudspeakers would violate lockdown rules. Since the baby had been neatly thrown out with the bathwater, the PILs reportedly asked for permission to conduct the call to prayer. According to the court’s ruling, there would be no violation of lockdown guidelines if a single person recited azaan from minarets without using sound-amplifying devices. Loudspeakers are not an intrinsic part of religion although azaan is. Besides, others should not be forced to hear what they do not want to hear, for the right to profess one’s religion is modified by the needs of public order, morality and health. The court’s width of vision was evident in its direction that when for some reason a loudspeaker was necessary, the district administration should be asked for permission.

No one would dispute the fairness of this judgment. Can it be extended? The Allahabad High Court’s understanding of the issue should be applied not just to one religion but to all. Most Indians, and here those claiming allegiance to the majority religion fit the bill best, are loud in the proclamation of their faith. Side by side runs their conviction that making others, willing or otherwise, listen to holy songs, chants and even an epic poem read as worship by using loudspeakers is an integral part of their faith. That may be at a temple or occasions of worship anywhere at all. Complaints against the use of loudspeakers during Durga Puja and heightened awareness of sound pollution have somewhat lessened that particular form of noise sharing. But the idea that the loudspeaker is a necessity in order to worship is far more widespread than just Durga Puja. It is not just one religion that should stop using the loudspeaker, everyone should. If some people decide to worship their deities, it does not mean that others wish to hear it: as the court remarked, it is a violation of the latter’s rights. Perhaps this, too, will be a ruling soon.

One does not simply adapt to noise pollution

Loudspeaker curbs at UP shrines