Advertisement
Home / Opinion / One does not simply adapt to noise pollution

One does not simply adapt to noise pollution

It increases the risk of heart disease, dementia and depression. Remember, the US has deployed noise as a weapon 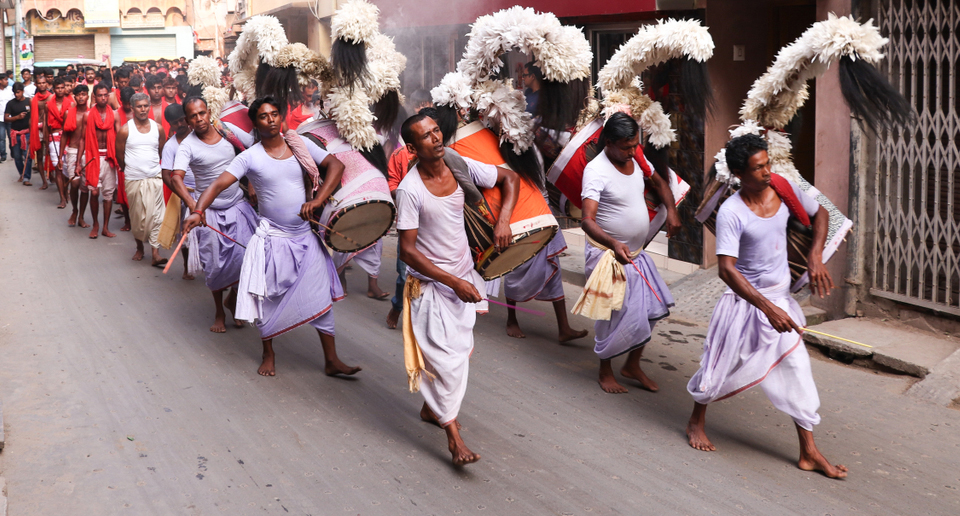 Death by dhak: A ruckus is a violation we cannot shut ourselves out from given the apathy of authorities who often refuse to heed complaints of noise pollution
Shutterstock
Srimoyee Bagchi   |   Calcutta   |   Published 04.11.19, 03:51 AM

Dhak, the rhythmic beat of which is apparently music to the Bengali ear, grated on my nerves on the night of Kali Puja. Woken up from sleep at midnight by the exuberant dhakis — Kali Puja is a significant day in the calendar on the premises where I live — I scrambled to find cotton wool. An hour later, as I sat in a room with the doors and windows shut, cotton wool sticking out from my ears, I realised that the frenzied beating of the dhak had been joined by the throbbing tempo of my anxious heart.

The first recorded instance of a complaint about noise pollution in history, too, is related to a bad night’s sleep. In the 4,000-year-old Epic of Gilgamesh, one god, unable to sleep owing to humanity’s racket, opts to “exterminate mankind”. But gods are not the only ones to be driven to murder by noise. A modern man, a Texan, shot his neighbours after repeated complaints to the police failed to quieten them; another one, unable to bear his noisy neighbours, shot himself in the face in Phoenix.

Noise is never just about sound or the loudness of it; it is inseparable from issues of power and powerlessness. A ruckus is a violation we cannot shut ourselves out from given the apathy of authorities who often refuse to heed complaints of noise pollution. Worse, studies have revealed that the human body does not have the ability to adapt to noise, as it does to rising or falling temperatures. Even while one is asleep, seemingly oblivious to noise, the distant rumble of trucks or the low, persistent hum of the air conditioner continues to trigger the adrenal glands to pump stress hormones into the body, raising blood pressure and heart rate. This increases the risk of, among other threats, coronary heart disease, dementia and depression. Is that why the United States of America chose to weaponize noise? It blasted rock music into the hideout of Manuel Noriega, the Panamanian dictator, to expedite his surrender.

The acoustic ecologist, Gordon Hempton, claims that quiet places are going extinct at a rate that far exceeds the extinction of species. With noise becoming an unrelenting presence in our lives, the danger it poses is often eclipsed by the risks of other kinds of pollution, such as those of air or water, that are discussed widely. What makes noise such a potent enemy is that it leaves no trace — except perhaps the frown lines on the face. Humans have tried to silence their rowdy brethren at least since the sixth century BCE. The ancient Greeks of Sybaris were perhaps the first to introduce a noise ordinance, banishing roosters, blacksmiths, carpenters and those who practised such ‘noisy arts’ from the city limits. Richard Nixon passed the US’s first anti-noise statute in 1972. Calcutta may have set the ambient noise limit between 40 and 45 decibels but on the night that I was being tormented by the dhak, people in areas like Bagbazar were putting up with, reportedly, 83 dBs of noise, the equivalent of what a diesel train is likely to emit.

But noise is also relative, leading to noise codes being varied and subjective. For instance, in New York, barking is considered a nuisance only if a dog yaps for 10 minutes straight between 7 am and 10 pm or for 5 minutes straight between 10 pm and 7 am. A Calcuttan ended up in prison for beating his neighbour with a stick because the latter’s dog was barking too loudly. However, Calcutta’s canines, unlike those in New York, do not feature in the noise codes.

Strict regulations will continue to elude policymakers since scientists themselves are yet to agree on a common definition of ambient noise, much less determine how sensitivity to noise differs among individuals. The only certainty is that noise, once registered, is impossible to ignore. Try tracking the ticking of the clock 30 seconds before falling asleep and wait for it to haunt you through the night.

Calcutta police to use sound meters on Diwali