Protests against Sabarimala verdict are backward and anti-humane

Not only is the BJP silent on adhering to the court ruling — no surprise — but the Congress, too, has changed its tune to back the protests 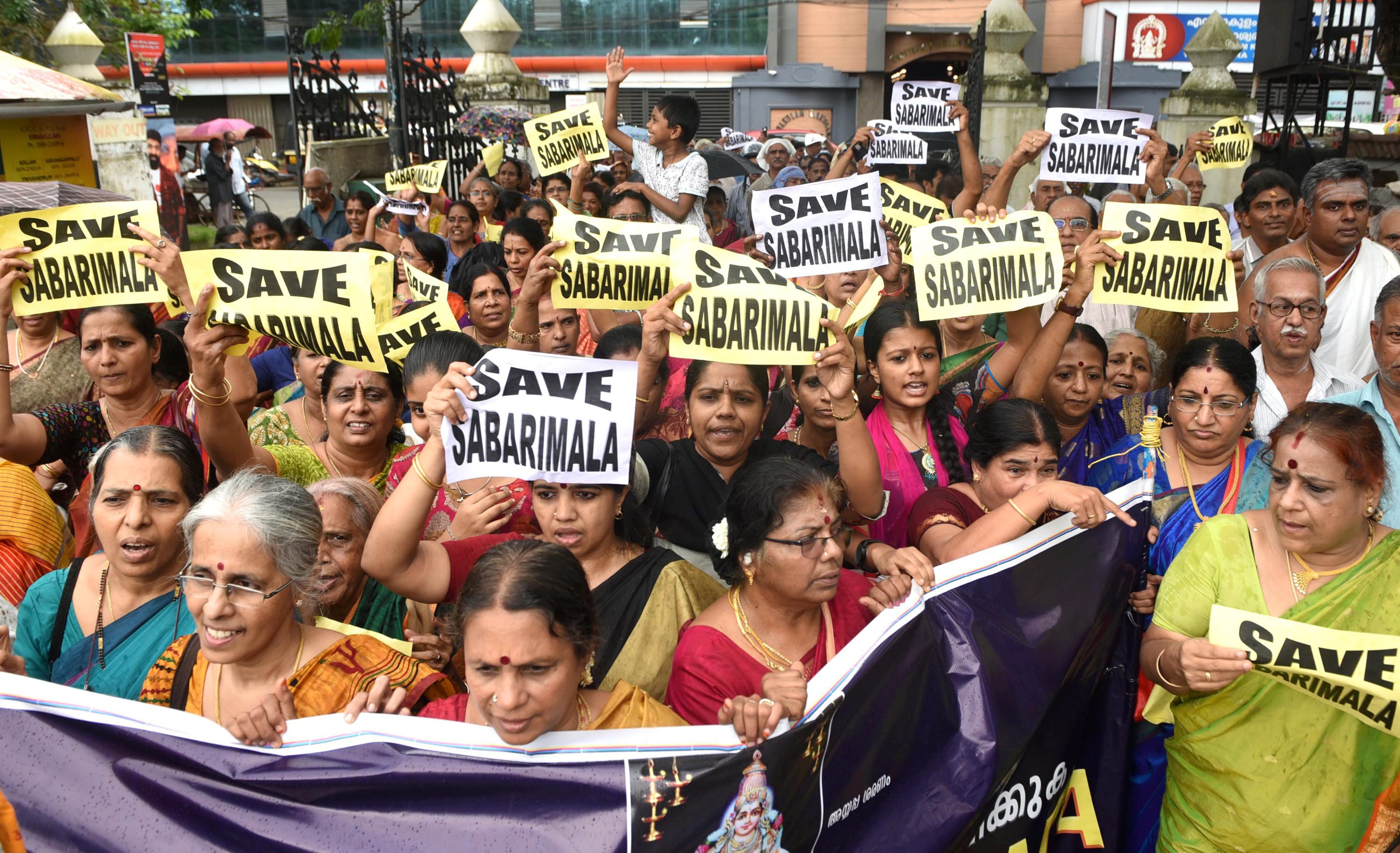 Devotees, mostly women, gathered in Ernakulam on Sunday, October 09, against the Supreme Court verdict on the entry of women of all ages into the Sabarimala Temple
PTI Photo
The Editorial Board   |   Published 09.10.18, 08:07 PM

When hundreds of women join massive protests against a verdict in favour of women’s equality, something is deeply wrong. The Supreme Court has ruled that the ban in Kerala’s Sabarimala temple against the entry of women of menstruating age should be lifted. The court identified the ban as a kind of untouchability and, therefore, unconstitutional. The ruling resonates beyond the ban; it sabotages, indirectly, the repressive ‘rules’ aimed against the so-called impurity of the menstruating woman. Is this double impact the reason behind the apparently non-political protests in defence of ‘tradition’? There is a black irony in the fact that the assertion of values most damaging to secularism, democracy and the rule of law should erupt in the only Left-ruled state in the country where Mahatma Gandhi once led a movement to breach caste barriers in temple precincts. What is being displayed is backward and anti-humane. An orthodoxy that denies women equality even in places of worship — they are impure and can cause the downfall of the ‘pure’ man — together with a blind defiance of the court’s ruling and the principles of the Constitution make up a frightening combination. Is this what people, including women, want to stand up for?

But religious fervour can no longer be ‘purely’ religious in India. The methodical sabotaging of secular values by right-wing forces makes even a tiny reference to religion political. The battle lines in Kerala are crude enough. Not only is the Bharatiya Janata Party silent about adhering to the court ruling — no surprise — but the Congress, too, has changed its tune from supporting the verdict to backing the protests. Nothing matters but the vote: the majority vote. That the media are under pressure to publicize the protests bares the face of the political right-wing behind the popular protest. The Kerala chief minister’s offer to talk to the temple administration — he was refused — is being seen in this context as weakness. The defence of law, secularism and the Constitution must not be perceived to falter. The hostility to such values is vocal: the Vishwa Hindu Parishad is demanding that the government ensure the building of the Ram temple in Ayodhya by ordinance, thus openly defying the Supreme Court. Sabarimala has laid bare the values in contention: ducking reality will no longer be possible.