It is difficult to believe a prime minister can allow such an overflow of emotion spontaneously, without premeditation 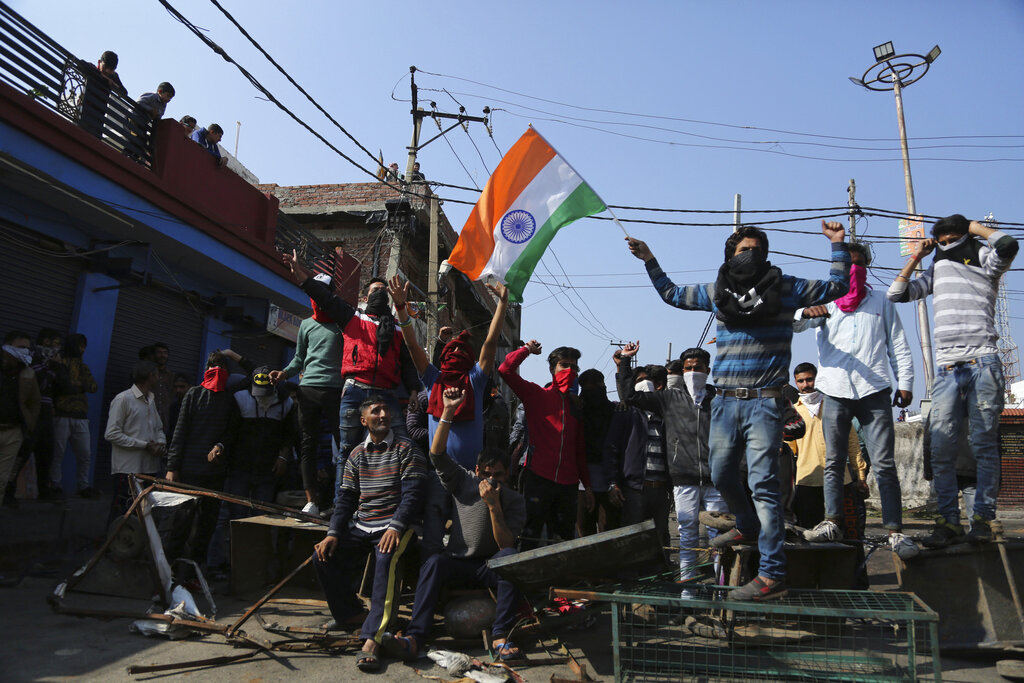 Protesters shout slogans against Pakistan during the second day of curfew in Jammu on Saturday, February 16. The army staged flag marches in sensitive localities after violence was reported during protests against the Pulwama attack
AP Photo
The Editorial Board   |     |   Published 20.02.19, 03:14 AM

Horror, pain, anger and grief would all be natural responses to a terrorist attack that takes many lives, whether of civilians or of unarmed soldiers. So it becomes especially noticeable if the prime minister selects only one emotion to harp on. Narendra Modi’s rhetoric after the tragic killing of over 40 Central Reserve Police Force personnel in Pulwama is focused on anger, evoking images of boiling blood and fire in the heart, both of which he ascribes to the people of the nation. Mr Modi, by his fiery speeches, seems to be suggesting to them that rage is the only legitimate emotion at this moment of grief and mourning; he is also identifying a target for that anger — Pakistan. Mr Modi’s rhetoric, in the throes of presumably grief-stricken passion, makes little difference between Pakistan and terrorist outfits known to be thriving within its boundaries. It is difficult to believe that a prime minister can allow such an overflow of emotion spontaneously, without premeditation. The sole emphasis on Pakistan seems rather misdirected when the security breach occurred in the very heart of an army convoy. Since Mr Modi and the Bharatiya Janata Party president, Amit Shah, are vocally oversensitive about other parties politicizing the soldiers’ deaths — all parties have expressed their solidarity with the government — it has to be asked whether only the BJP and its right-wing fraternity are allowed to milk the event for possible political mileage. For, accompanying the prime minister’s rousing speeches at a time when people should pause to mourn, violence and abuse against Kashmiris and members of the minority community are being experienced in some parts of the country.

Mr Shah is less bothered about niceties. He has declared in Assam that the BJP is committed to bring back, when re-elected, the citizenship amendment bill, 2016 that could not be passed in the Rajya Sabha in order to save Assam from becoming another Kashmir. The invocation of Pulwama under the very different conditions of Assam is in itself telling. Since the bill in question offers refuge only to non-Muslim members of neighbouring countries, Mr Shah’s message is both discriminatory and suggestive. The reference to the forthcoming elections can leave no one in any doubt as to which party is heating the political cauldron.