Poor Marks: For keeping domestic politics out of foreign policy 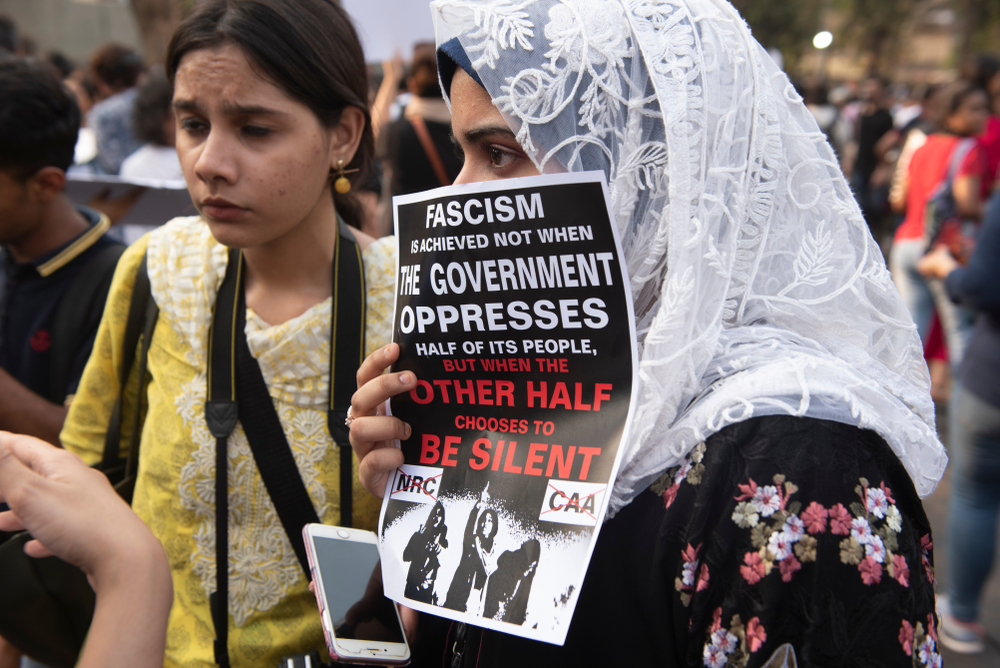 For the Narendra Modi government, the past one year has been rough on international waters. With criticism of his government’s policies and of surging Islamophobia coming in from international partners, India has struggled to maintain its reputation as a secular, democratic republic. The events of the past year signal a fundamental shift in how New Delhi conducts diplomacy and how the rest of the world views us.

The Bharatiya Janata Party-led government seems far more unrestrained in enforcing its chauvinistic and revanchist agenda. Backed by a sound national majority, it has taken such momentous decisions as diluting Kashmir’s autonomy and amending the citizenship law to exclude Muslims immigrants. These ‘masterstrokes’ have significantly altered the fundamental character of the Indian State, which now allegedly bestows privileges on the religious majority over smaller groups. This isn’t something that powerful international partners, particularly in the West, are comfortable with.

Ever since it became a sovereign republic, India has meticulously built its global network of ‘friends’ through continuous democratic practice applied differentially across contexts. From the important role of the diplomat, Hansa Mehta, in the drafting of the core provisions of the Universal Declaration of Human Rights to New Delhi’s “stewardship of the international efforts against Apartheid regime in South Africa”, the Indian national project’s external projection had a strong moral character. In many ways, this image was meticulously crafted and marketed by the centre-left, the largely secular Nehruvian political class, which ruled India for more than five decades. Combining a measured, realpolitik worldview with an interests-based yet morally conscious diplomacy, India had managed to hold its ground as a multi-party, multi-religious, multi-ethnic democracy.

It is worth noting that in the heyday of the Non-Alignment Movement, Jawaharlal Nehru commanded admiration from several recently-decolonized Muslim countries. In Being The Other: The Muslim in India, Saeed Naqvi argued that this was, in no small part, due to the “eclectic appreciation of foreign affairs” that “grew out of India’s multicultural reality”. Such a position did not just emerge from a purely moral or principled conviction, but was part of a realistic understanding of a modern democratic State’s character. In fact, Nehru warned about sectarian regression as far back as in 1951 when he wrote to his chief ministers: “Whatever harm communalism may do in India... the harm it does to India in other countries is tremendous. Immediately the high edifice that we have built up in their eyes begins to crack up... and... we appear to them as narrow-minded bigots following social customs which nobody in the world understands or appreciates.”

It would be wrong to say that New Delhi cannot read the tea leaves. So far, the Modi government’s signature strategy has been to keep domestic politics out of foreign policy. This is demonstrated by Modi’s acceptance of multilateralism in stark contrast to Donald Trump or Jair Bolsonaro. In the months to come, we’ll see New Delhi firefighting to douse the criticism from outside its borders. One can also expect greater reliance on India’s time-tested diplomatic handbook pioneered by the likes of Nehru. However, Indian policymakers must understand the limits of a short-term damage control strategy.

In this context, the Modi government should abandon the path of diplomatic doublespeak wherein public representatives and officials peddle exclusionary and sectarian narratives at home while diplomats harp on the record of Indian ‘pluralism’ in the capitals of the world. A viable option is to harmonize domestic policies with international norms while acknowledging genuine criticism. To strengthen the constitutional principles of secularism and equality of all before law should be a priority in this regard.