In contrast to the flurry of activity in Mizoram, Madhya Pradesh shows no trace of being a poll-bound state 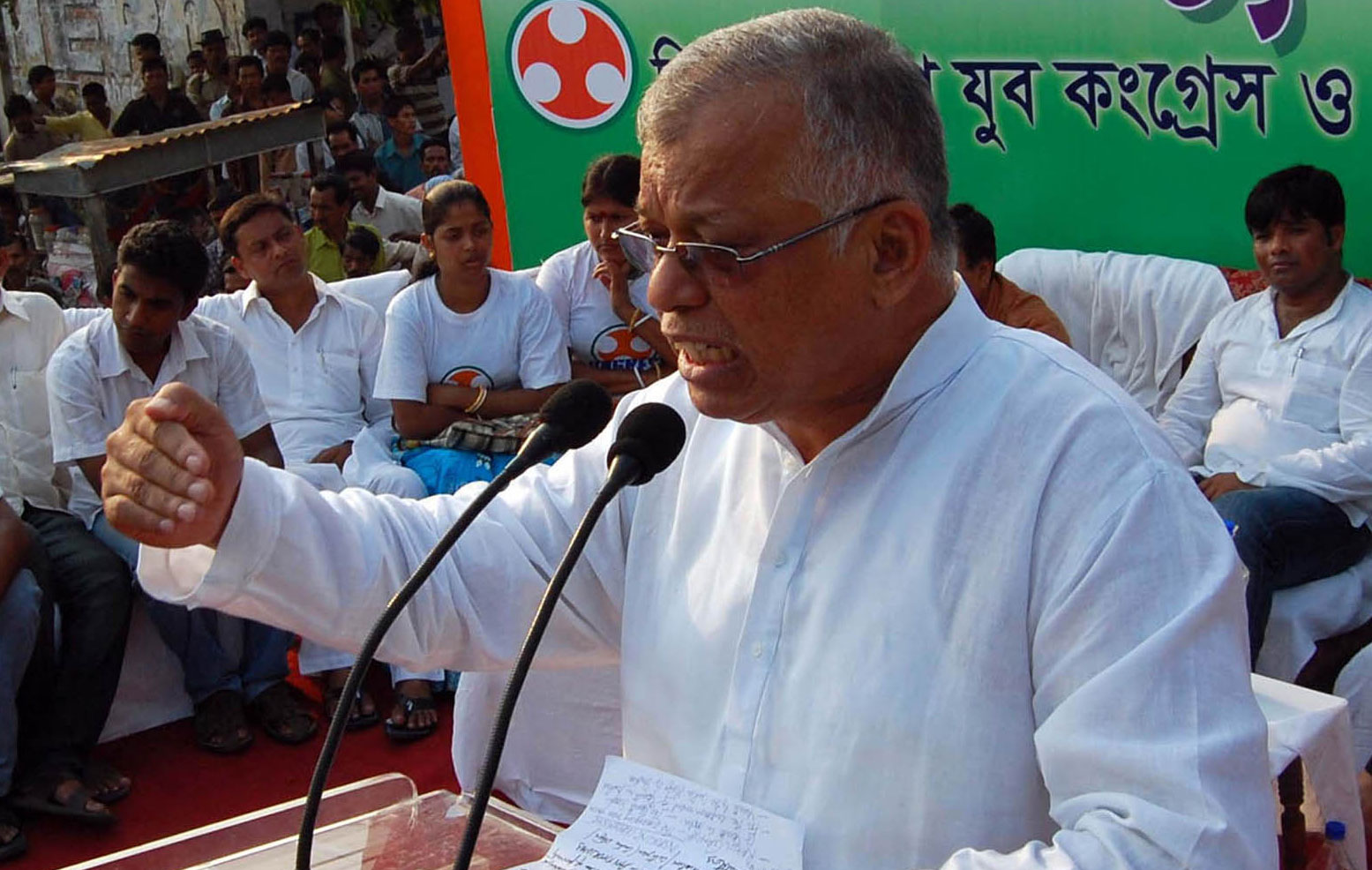 The BJP and regional parties are going all out to wrest Mizoram from the Congress but Luizinho Faleiro (pictured), the Congress general secretary in charge of Mizoram, does not foresee any threat, either from the saffron party or regional parties like the Mizo National Front.
Telegraph file picture
Sudipta Bhattacharjee   |     |   Published 13.11.18, 12:01 PM

Here is a riddle: which two states have names that start with the same letter, have capitals along the Tropic of Cancer and will vote on the same day this month? Need more clues? Think long-term incumbency; think Saleena Singh and S.B. Shashank, chief electoral officers who stirred a hornet’s nest. But that is about the extent of affinity between Madhya Pradesh and Mizoram, where assembly elections are scheduled for November 28.

The 21,087 square kilometre state that shares a 722 km international border with Myanmar and Bangladesh, Mizoram is the only one in the Northeast with a Congress government. Over the past few days, the otherwise somnolent state has catapulted into the news with a tug of war on the voting rights of its displaced Bru population, a segment of the 7,68,181-strong electorate that the BJP has been eyeing.

Among the seven sister states, Mizoram has the lowest number of legislators at 40. The tiny state, often overshadowed by its more touristy neighbours, is witnessing huge protests over the removal of the principal secretary (home), Lalnunmawia Ngama Chuaungo, following a complaint by the chief electoral officer, Shashank, that he was interfering in the polling process.

The November 9 deadline for filing nominations saw 212 candidates joining the fray. The BJP and regional parties are going all out to wrest this Congress niche but Luizinho Faleiro, the Congress general secretary in charge of Mizoram, does not foresee any threat, either from the saffron party or regional parties like the Mizo National Front. “The last economic survey indicates that the Congress has done exceptionally well... whatever promises were made during the last election manifesto, we have fulfilled all of them,” he said. “Our economic indicators, social indicators and human indicators have not only [been] the best in the Northeast but one of the best in the country.” The chief minister, Lal Thanhawla, said that though several senior leaders switched over to the MNF, the people of Mizoram would rally behind his party. His arch-rival, Zoramthanga of the MNF, is equally confident of victory and has promised to make Mizoram a dry state once again. “Our party would... re-impose total prohibition,” he stressed. 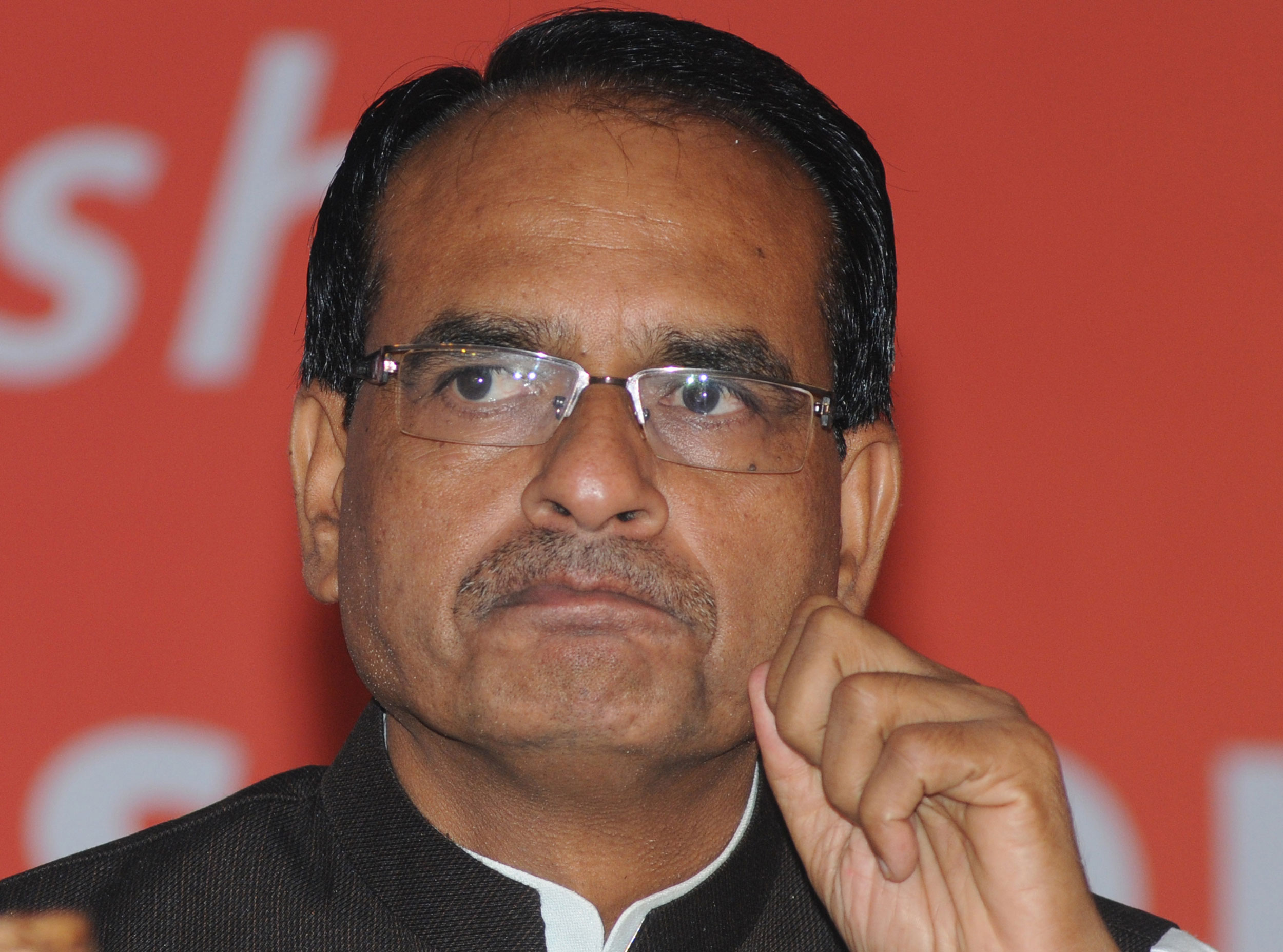 The BJP is preening for an encore, with voters heaping praise on the chief minister, Shivraj Singh Chouhan (pictured), who took over the reins in 2005
Telegraph file picture

In contrast to the flurry of activity in Mizoram, Madhya Pradesh shows no trace of being a poll-bound state. Till last week, not a single party flag was visible, leave alone campaign capers like the promised magic shows. The BJP is preening for an encore, with voters heaping praise on Shivraj mama (the chief minister, Shivraj Singh Chouhan, who took over the reins in 2005). As we travelled through the districts, most villagers were decidedly reticent to voice opinions on politicians, fearing retribution.

In the towns, the voters were slightly more forthcoming. A resident of Seoni, Kailash Malwi, had no doubt about the BJP retaining power. “We have moved out of the Bimaru (Bihar, Madhya Pradesh, Rajasthan and Uttar Pradesh) bracket of backwardness,” he said. Ramji Sen, a government worker from Satna, paid glowing tributes to the present government, pointing to their confirmed jobs (“we were not paid our full salaries during the Congress regime”), free education for children and development in other spheres. The positive marker of excellent new highways and roads that have come up in the past couple of years was eclipsed by the erratic power supply.

At Sarangpur, in Hoshangabad district, a young voter, Pritipal Kalme, spoke of the Congress’s “chances”. The party is likely to retain its dedicated seats and is hoping to raise its tally from the 58 in 2013, intra-party bickering notwithstanding. The shifting sands of fortune are visible in the bustling Chhindwara; it is synonymous with the veteran Congress member of parliament, Kamal Nath, but has a BJP legislator!

With electoral paradigms in a democracy often catching psephologists unawares, it will be interesting to see which way the M-state verdicts swing a month from now.