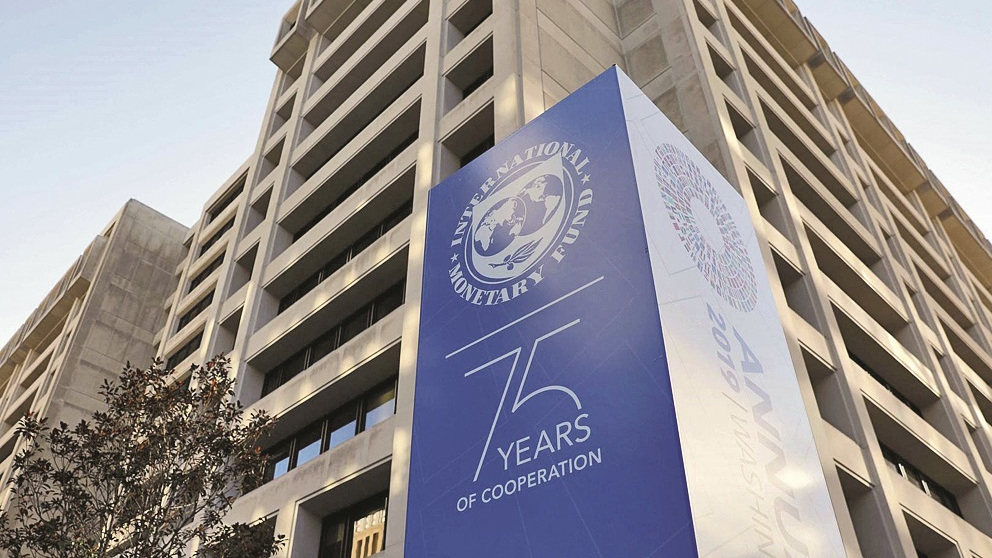 The Indian government’s rescue and recovery package against the pandemic has been among the most niggardly in the world, amounting, shorn of ‘window-dressing’, to no more than 1 per cent of the gross domestic product. Other third world countries have done better, but not much better. By contrast, advanced countries have unrolled generous rescue packages. The United States of America, even under Donald Trump, released a package of $2 trillion, roughly 10 per cent of its GDP; the Joe Biden administration has announced a further $1.9 trillion, of which about $1 trillion constitutes transfers to the people. Altogether, the US would be spending 20 per cent of its GDP on such packages (although not in a single year). The European Union, too, has had substantial rescue packages during the pandemic.

These packages have meant significant fiscal deficits. The International Monetary Fund encouraged enhanced government expenditures during the pandemic and, hence, implicitly larger fiscal deficits, not just in the advanced countries but even in the third world. This has given rise to a belief that it has abandoned its usual insistence on ‘austerity’ in these special times. Oddly, however, according to an Oxfam study, recent IMF loans to third world countries have almost invariably enjoined ‘austerity’ upon the borrowers. Oxfam found that of the 91 loan agreements signed by the IMF with 81 third world countries after March 2020, as many as 76 encouraged or required ‘austerity’ measures. These included cuts in public expenditure, including public healthcare expenditure and pension payments. They imposed wage-freezes or wage-cuts that would reduce the incomes of doctors, nurses and other workers in public healthcare facilities as well as cuts in unemployment benefits and sick pay.

Such measures have been standard IMF prescription for decades. Their incorporation into loan agreements even during the pandemic suggests that the IMF not only discriminates between rich and poor countries but also that when it comes to the latter, its pious pronouncements signify nothing.

It is not just the discrimination during the pandemic that is worrying; what is of concern is what happens afterwards. The world capitalist economies have, for long, been saddled with massive unemployment (which was only aggravated by the pandemic), although this fact is camouflaged by reduced worker participation rates because of the ‘discouraged worker effect’. Now, even after the pandemic abates, the advanced countries are unlikely to go back to a regime of fiscal rectitude such as that demanded by finance capital and articulated by the IMF. In fact, Biden’s rescue package has elements that are non-transitory and will endure even after the pandemic. We may be witnessing, in short, a revival of State intervention in demand management in the advanced countries under the cover of the pandemic.

This is excellent news, for otherwise workers suffer through mass unemployment just to satisfy the caprices of finance that is opposed to such State intervention. (Joan Robinson, the renowned economist, had called the view that fiscal deficits should be eschewed or restricted in all circumstances the “humbug of finance”). The problem arises when we have governments stimulating economic activity in the advanced countries while governments in the third world are forced to adopt ‘austerity’.

A growing developed world and a languishing third world, one may think, cannot possibly co-exist as the former is bound to pull up the latter. But Trump has already introduced protectionism in the US (which had started in a small way even under Barack Obama) and other advanced countries are likely to emulate the US. This means that the relocation of activities from the ‘North’ to the ‘South’, exemplified by the shift of manufacturing to China and of services to India, that had characterized neoliberal globalization till recently, could well be coming to an end. A boom in the advanced countries then will not pull up any third world country via this route and income compression imposed on the local population through anti-inflationary policies in the third world would ensure that prices of primary commodities supplied by it do not rise too much and have only limited growth-enhancing effects.

Such a global divide, if it occurs, would break from what we have been witnessing under neoliberalism in two important ways. One, the distress of workers in the advanced countries would be somewhat ameliorated. This is necessary for the system since their restiveness constitutes a threat to it that can no longer be contained by resorting to a diversionary, neo-fascist discourse against the ‘Other’. Two, the big corporates of the third world would shift their activities even more to the global plane away from stagnant local economies without feeling constrained by such stagnation.

This would mean an end to the recently-achieved de-segmentation of the world economy. During colonial rule, metropolitan capitalism had brought about a segmentation of the world economy: labour from the ‘south’ was not allowed to migrate freely to the ‘north’ (it still is not), and capital from the ‘north, although allowed to migrate freely to the ‘south’, never actually did so, except to areas like mines and plantations that refurbished the colonial pattern of international division of labour; and capital from the ‘south’, hemmed in by racial discrimination and a hostile colonial environment, faced protectionist barriers in the ‘north’. The ‘north’ and the ‘south’, therefore, got segmented.

The ‘north’ developed high-productivity manufacturing; its labour market, made relatively tight by massive migration to the ‘new world’, allowed a rise in workers’ wages. The ‘south’, stuck with producing primary commodities, had its workers earning subsistence wages, placed amidst vast labour reserves created by the destruction of craft production through the ‘drain of surplus’ and through competition from imports.

Neoliberal globalization effected some de-segmentation, as capital from the ‘north’ at long last located plants in the ‘south’ to take advantage of the latter’s low wages for producing for a global market. But, if there is protectionism in the ‘north’ against non-traditional exports from the ‘south’, and if the latter experiences stagnation and, hence, stagnant markets, then we shall see a re-segmentation of the world economy, with the working people of the ‘south’ consigned to acute distress.

Even in the heyday of neoliberal globalization, as the Indian case testifies, there was an increase in the poverty ratio despite extraordinary growth. It does not follow, however, that the cessation of growth would mean a reduction in poverty. The poverty-engendering factors under neoliberalism, namely the undermining of petty production, especially peasant agriculture, will continue to operate even as the growth-rate collapses, which will only aggravate poverty and unemployment further. The three new farm bills in India, introduced in the midst of acute distress, make this clear.

The IMF’s discriminatory behaviour thus portends great distress for the working people of the ‘south’, not just during the pandemic, but even afterwards. Two counteracting forces may be adduced against the scenario sketched above. One, finance would move ‘south’ en masse if the ‘north’ resorts to any fiscal stimulation of demand; but this, if it happens (and there are limits to the extent to which finance will flow ‘south’), will only mean that the entire world economy would remain submerged in crisis. The other is world-wide protests against the IMF’s discriminatory behaviour. If these do not succeed, then the ‘south’ will have little option except to delink from a globalization that promotes a re-segmentation of the world.