PM's promise of piped water to homes seems like irony

Reckless deforestation and groundwater use have led to a cycle of debt for farmers, and to lack of food security 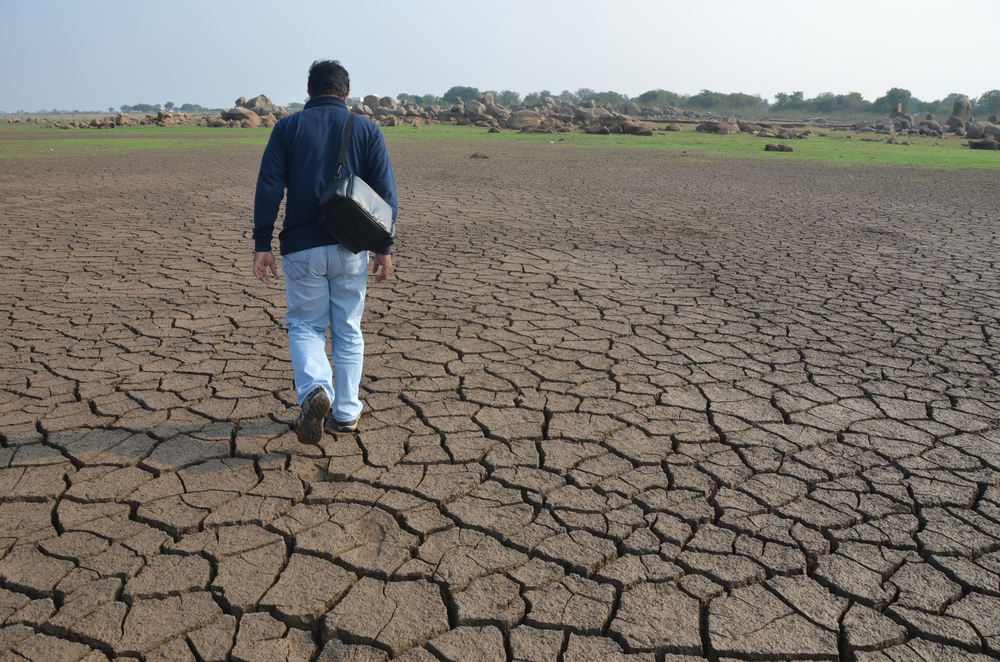 This is a country where the largest source of livelihood is farming and where severe droughts are known to occur every eight to nine years
(Shutterstock)
The Editorial Board   |     |   Published 18.06.19, 03:40 AM

Those who do not learn from tragedy are condemned to repeat it. Nearly 43.4 per cent of India is now drought-struck, according to the drought early warning system. Gujarat, Maharashtra, Karnataka and Tamil Nadu are desperate for water, with a social activist being beaten to death in a city for asking an individual not to deprive his neighbours by storing extra water. Yet the overall storage in the country’s main reservoirs is a little better than this time last year, although unequally distributed. Water levels in reservoirs in the west and south are far lower than is normal at this time. The pre-monsoon rains were weak and the monsoons are late. But Karnataka was already suffering from drought-like conditions with three years of low rainfall and the failure of the Northeast monsoon last autumn: now 80 per cent of its districts are severely drought-struck. Maharashtra is reported to be facing its worst drought in 47 years. Amid all the misery, the Opposition is accusing the state government of politicking because it has decided to cut the water supply for agriculture to Baramati, a bastion of the Nationalist Congress Party, saying it draws too much water from the Nira-Deoghar dam.

Relief through a massive deployment of water tankers —- some reach villages once in four or five days — with water rationing and relief camps to ensure water and fodder for livestock and so on are measures for immediate relief and damage control, meant to mark time till the rains come. Yet this is a country where the largest source of livelihood is farming and where severe droughts are known to occur every eight to nine years. Why have successive governments not ensured a basic supply of water under all conditions? Rainfed agriculture accounts for 68 per cent of India’s sown land, and these areas suffer from drought every three years, casting farmers into cycles of debt from which they seldom recover before the next drought strikes. Drought is as closely related to the perpetuation of poverty as to the loss of food security. Rain and rivers — for Karnataka it is the Cauvery, for Gujarat the Narmada — are obviously not enough for a stable water supply. Reckless deforestation and groundwater use, a lack of water conservation systems, callousness about water and ecology, all the result of wrongheaded policies, have brought India to this pass. The prime minister’s recent promise of piped water to all homes by 2024 seems rather like irony at the moment.