The Indian economy is in a quagmire 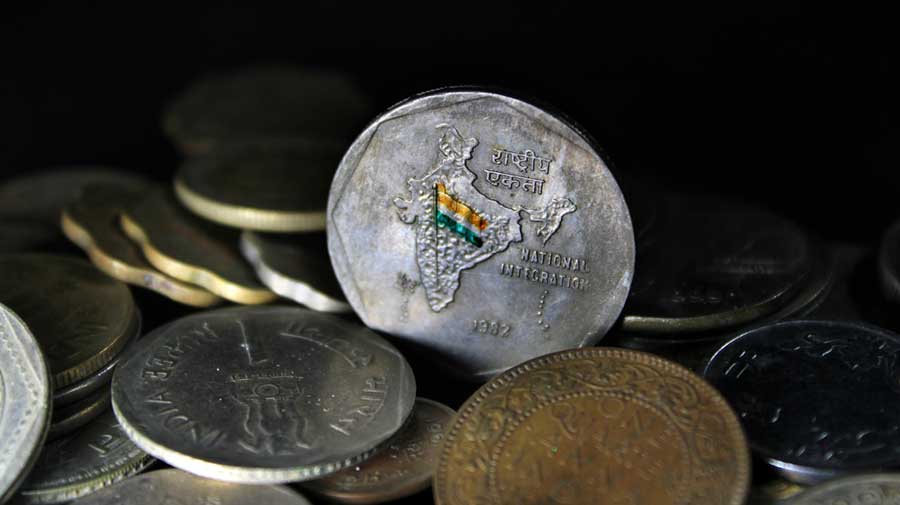 The first point to note is that while GDP declined by 7.5 per cent, private consumption in real terms fell by even more — by 11.32 per cent — which means that the share of consumption in GDP was lower compared to a year ago. Exactly the same is also true of the first quarter of 2020-21, so that during the entire first half of the current year private consumption has fallen more than the GDP compared to a year ago.
Shutterstock
Prabhat Patnaik   |     |   Published 09.12.20, 12:56 AM

Data released by the National Statistical Office, which show the gross domestic product for the second quarter (July-September) of 2020-21 declining by “only” 7.5 per cent compared to the second quarter of the previous year, have been hailed in official circles as “good news”; on the contrary, they show the economy being stuck in a quagmire.

The second point to note is that the share of government consumption expenditure in GDP has also declined during the second quarter of the current financial year. Here again, when GDP declines, and the government’s tax revenue goes down, its expenditure, a large part of which consists of salary payments, does not go down to an equivalent extent. One normally expects, therefore, the share of government consumption expenditure in GDP to go up when GDP goes down, that is to behave in a counter-cyclical rather than a pro-cyclical manner. That this has not happened and, on the contrary, this share has actually gone down suggests that the Central government, which has also become the arbiter of state government finances these days, has cut back heavily on all current government expenditures in the second quarter of 2020-21.

Let us now look at the implications of these findings for the prospects of recovery starting from the trough (the first quarter of 2020-21). Between the first and second quarters of 2020-21, we find that as much as 58 per cent of the increase in GDP from the trough is on account of GFCF alone whose average share is normally around 30 per cent.

The recovery in GFCF is not because new investment projects are being taken up in the midst of the decline in GDP. It is because projects that were already being undertaken but had been stalled when the draconian lockdown was imposed by Narendra Modi are now being completed, that too in a hurry before any new lockdowns are announced owing to fresh spikes in cases. The current investment surge is bound to subside unless businessmen decide to undertake fresh investments.

Fresh investments, however, depend upon the growth of GDP, and since investment cannot just feed on itself it depends ultimately on the growth of private and government consumption. But this growth has not only lagged behind GDP growth but it also cannot even be sustained at its current level. The growth of private consumption cannot be sustained because households have either borrowed or run down cash reserves for maintaining it. Even if the GDP growth, starting from the trough, continues at its current rate, private consumption growth will still slow down because households will run out of their cash reserves or come up against borrowing limits. Besides, they would have to repay what they have borrowed or rebuild cash reserves, which would impair consumption.

The growth of government consumption cannot be sustained at the level witnessed from the trough because the Modi government is loath to offend globalized finance capital that frowns upon fiscal deficits; and the fiscal deficit limit announced in the budget for 2020-21 as a whole has already been exceeded by the end of October. If the government was bold enough to enlarge the fiscal deficit at present, it might actually arouse little opposition from finance because of the context of the pandemic. But the government’s pusillanimity vis-à-vis finance keeps its hands tied.

With both private consumption and government consumption not increasing even at the same rate as the GDP, starting from the trough, and slowing down for reasons we have mentioned, investment too will flag after the projects in the pipeline are completed. An autonomous increase in government investment, that is investment not tied to the growth of the market but undertaken on independent considerations, will not occur for the same reason that curtails government consumption, namely fiscal timidity. Hence investment growth will come down, starting a downward spiral of stagnation in the economy, after some recovery from the trough has occurred.

An example will make the argument clear. Suppose, starting from the trough, GDP is growing at 15 per cent, with government plus private consumption growing at 12 per cent and investment at 22 per cent. As the backlog of investment projects gets completed, investment growth will come down to, say, 15 per cent, the same as GDP growth. But when this happens, GDP growth itself will also come down, and so will the growth of private and government consumption, which will then curtail investment still further and so on. The economy will proceed on a downward spiral that can go quite deep.

In the current scenario, where economic activity is subdued everywhere, exports can scarcely be expected to provide a stimulus for recovery. Such a stimulus will have to come from domestic demand, where the government has to play a major role. Either its own expenditure, whether for consumption or investment, should be delinked from its revenue and allowed to increase, or it should hand over purchasing power to people to spend in excess of their incomes. Indeed, this latter course, which many have suggested, will also provide some succour to the working people who have witnessed a reduction in their share of GDP even in the midst of a fall in GDP.

Both these methods for stimulating the economy will require an increase in the fiscal deficit well beyond what the Fiscal Responsibility and Budget Management Act permits. But the Modi government’s kowtowing to globalized finance prevents it from doing so, which is why the economy is caught in a quagmire.