The necessity of alternatives 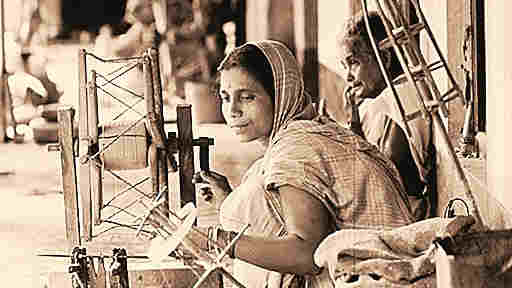 The late scientist, C.V. Seshadri, and I spent hours discussing the idea of alternatives in dhabas and cafes around his laboratory in Chennai. Professor Seshadri, infinitely curious about inventions and alternatives, claimed that the signal for alternatives becomes obvious when a mode of thinking as a mode of living fails as a paradigm, a discourse as well as a mode of storytelling. I was thinking about Seshadri’s heuristic as I was analyzing the current regime’s performance.

The media have surrounded the regime with a penumbra of inanity and banality that masquerades as competence. But as one probes, one finds the crisis of the regime at three levels as it boasts of the new normal.

The regime has failed as a paradigm, as a nation state and as a model of development. As a discourse of democracy, it has become ironic. As a mode of storytelling, it is almost autistic, its main characters performing like inarticulate brands. The nation state has destroyed the pluralistic, civilizationally syncretic view of India in its intolerance of difference. Its models of development have not been inclusive of tribe, peasant, or craft. Its decision to erase the handicraft and handloom committees is a clear expression of its indifference to craft as a way of life.

As a democracy, it has turned populist and majoritarian, suppressing dissent and difference. It has begun erasing the margins and destroying nature. Extinction has become an accompaniment to genocide. As a narrative, the regime practises erasure, erasing the language of plurality and dissent. Development as a unilinear narrative becomes a destruction of storytelling and of the story. The regime has little sense of plurality as it wants to reduce the nation state to a master text of Tulsi Das. The sheer variety of interpretation in the oral imagination is threatened. Deeply and fundamentally one creates a mediocre, majoritarian regime fusing past and future mechanically. As the regime fails as paradigm, discourse and narrative, one senses that the time for storytelling has come.

The regime’s abiding sense of banality is not only a symptom of the persons and of the persona associated with it. It is also a failure of ideas, a loss of diversity and plurality. As a majoritarian democracy, it lacks a theory of plurality and remains caught in the polarity of majority versus minority. By reducing itself to an electoral imagination, democracy is turning arid. The violence and suffering of development lack a language beyond cost benefit where the refugee, the displaced, the migrant disappear within policy narratives. Democracy needs to rethink itself at an epistemic and ontological level. It needs to ask what knowledge systems are based on and what is the political epistemology of modern democratic systems. Secondly, to think this way, it has to go beyond the impoverishment of the linear time of development where even sustainability appears as an oxymoron. Thirdly, democracy needs a new imagination to confront forms of collective violence — genocide, extinction, triage, obsolescence and erasure. Memory and an ethics balancing memory and innovation have to be invented to understand technological violence. The list of shortcomings, from concepts to a sense of mediocrity, has reached a saturation point. The time for an imagination of alternatives has arrived. But there is a ritual prelude to it.

Firstly, one needs a new imagination and an argument for diversity. Diversity multiplies the Other, creating a new understanding of coexistence and difference. Dialogue becomes essential and dissent welcome. Diversity has to move to plurality, from the recognition of difference to the dialogue of difference. One has to comprehend that the monolithic, the monologic, has no sense of difference. Worse, as Alfred Wallace, the evolutionist, pointed out, a science at a moment of hegemony is threatened from within itself. It is for the scientist to invent alternatives to sustain the ecology of pluralism.

Today, the future has become a subject of expertise. But most futures tend to be extrapolations of the present or celebrations of technology. The future must challenge the technological hubris and one can do it through the creation of alternatives. An alternative imagination emphasizes that there are plural answers to the future. Simultaneously, the past is reconsidered as a bundle of unexplored possibilities. As time becomes plural, so do the answers to the many questions. For example, town-planning does not work according to the arrogance of Haussmannic master plans but pluralistically, catering to the diverse imaginations of the city based on livelihood, lifestyles and life chances. Here the Dalit understanding of a city as a sensorium is considered as valuable as the antiseptic technocratic view of the city. The migrant is as much a stakeholder as a real estate operator.

More critically, each is seen as a producer of knowledge and not merely as a consumer of the dominant form. The city thus becomes a corpus of knowledge forms where the wisdom of the slum challenges the prudence of a gated city. The dialogue of knowledge systems extends from medicine and urban planning to education, the body and ethics. The alternative imagination does not evaporate before experts but becomes a trustee of vulnerable and variegated knowledge. Uncertainty and plurality have to work together in the new knowledge society. As a friend put it, democracy and the future acquire a new set of cognitive dancing shoes.

A sense of alternatives also cuts down violence as a possibility and as a solution. A sense of alternatives, creating an availability of diversity, allows different forms of livelihood to coexist, even seeking a mutuality through difference. One does not erase a defeated knowledge or an alternative way of solving something as obsolescent, deemed as subject to erasure, or as something to be museumized. Alternatives are more life-giving in their realization that economic efficacy is a limited language. One does not seek a pre-emptive closure of life forms the way the government does when it declares weaving a sunset industry although it involves 13.5 million people. Such obsolescence-inducing industries have little sense of nature, or of the sacred or of multiple time. Development is an ideology of institutionalized or formalized obsolescence, which erases the tribe or the craft or domains of agriculture by reading them as obsolescent or outdated. In erasing these worlds, it impoverishes the possibility of an alternative imagination even developing.

One needs the world of alternatives not just instrumentally but because such frameworks sustain the heuristics of play in a society, inventing possibilities. Democracy in the age of development has lost its sense of play. Even children use concepts as if they are in uniform. Playfulness allows for the sacred and learns to go beyond the monolingualism of power and efficiency. Childhood acquires a different magic and history a sense of emergence and surprise. An episteme of alternative imaginations allows for the play of secession as a pluralistic imagination. Playful secession alters the greed of federalism, allowing for panarchy. Panarchy is a concept that argues that different levels of scale require different conceptual solutions. Panarchy challenges the hegemony of hierarchic systems adding to plurality an ontological necessity. The region rather than the nation becomes an answer to cultural and ecological difference.

One realizes that it is not just that totalitarianism has become more ruthlessly inventive and coercive but that democracy has, in the meantime, become more pompous and arid. One needs to alter the imagination of democracy cognitively so that it goes beyond the formally political or organizational and caters to language, time, ecology and culture. Democracy as a 19th century shibboleth can easily be usurped by populism and majoritarianism. Democracy needs new imaginaries, new metaphors, to survive. For that, it has to invent itself beyond current possibilities. Our regime today is an assortment of mediocrities. A dream of alternatives can create the democracy of the future. In fact, if M.K. Gandhi were here today, he would say, ‘democracy like Western civilization would be a good idea.’ We have to reinvent pluralistically and playfully.