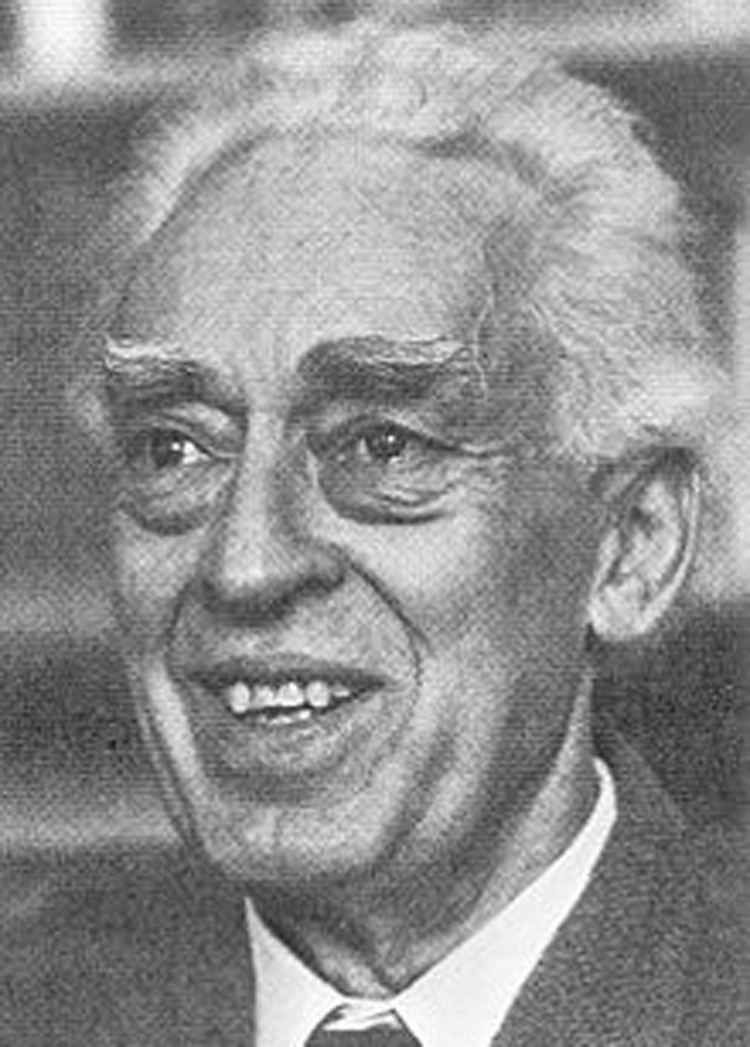 In 1960 Piero Sraffa published his path-breaking book, 'Production of Commodities by Means of Commodities', which logically undermined neoclassical economics, the dominant tradition until then
(Wikimedia Commons)
Prabhat Patnaik   |   Published 08.05.19, 03:06 AM

I am taken by utter surprise from time to time when I find that iconic figures of my youth, who, I naturally assume, will continue to remain iconic today, not only do not remain so, but are not even heard of by today’s youth. I recently came across two instances of this.

I was at an international conference a few days ago and was talking to a very bright young left-wing Italian academic. In the course of our conversation when I mentioned the name of Piero Sraffa she looked completely blank, and confessed that she had never heard of him.

Piero Sraffa had been a close friend of Antonio Gramsci, the Italian communist leader who had been jailed by Mussolini and written his famous Prison Notebooks. Apart from Gramsci’s sister-in-law, Tatiana, Sraffa had been the only other person who visited him regularly in jail, and supplied him with the books he needed for writing his Notebooks, an item of information generally available in any biography of Gramsci. (Some even credit Sraffa with smuggling the Prison Notebooks out of the jail but this is unlikely.)

Sraffa was thus an important figure at the birth of Italian communism. He was also responsible for two revolutions in economics. In 1926, Keynes published in The Economic Journal the English version of an earlier Italian article by Sraffa which laid the foundation for the theoretical shift, a revolutionary one, from analysing only ‘perfect competition’, which ‘mainstream’ economics had done until then, to a study of ‘imperfect’ or ‘monopolistic’ competition. Keynes also brought him over to Cambridge from Italy where he would have been a natural target of the fascists, being both leftist and Jewish.

At Cambridge he became a close friend and co-lodger of Ludwig Wittgenstein, the philosopher. He was mainly responsible, through the discussions he had with his friend, for Wittgenstein’s shift from the intellectual position adopted in his work, Tractatus Logico-Philosophicus, to the one he expounded later in his Philosophical Investigations.

At Cambridge, Sraffa published in 1960 his path-breaking book, Production of Commodities by Means of Commodities, which logically undermined neoclassical economics, the dominant tradition until then, and provided the basis for a revival of the classical tradition in economics of which Marx had been a legatee. This theoretical departure is sometimes referred to as the ‘Sraffa revolution’. And in keeping with this he also edited, with the collaboration of Maurice Dobb, The Works and Correspondence of David Ricardo, a mammoth scholarly project which he had been encouraged to undertake by Antonio Gramsci.

For a young Italian academic, therefore, Sraffa should be an iconic figure, as indeed he was for long, not just for his association with the birth of Italian communism, but also as arguably the most significant Italian social scientist of the 20th century. (He was in a sense the first recipient of the Nobel Prize in Economics, having been given the gold medal that was its precursor.) Hence the fact that my acquaintance had not even heard his name was a matter of great surprise.

It is not as if she came from an apolitical background. Not only was she left-wing herself, but both her father and grandfather had been with the Italian Communist Party, and her grandmother had been a co-founder of the Il Manifesto group of Left thinkers, which, though not politically important, has been a major intellectual influence in Italy. Her ignorance about Sraffa, therefore, is all the more intriguing.

My second instance comes from closer home. I was talking to a bright young Bengali academic recently when I suddenly discovered that the name Harekrishna Konar meant nothing to her. Now, Harekrishna Konar had been an iconic figure in my youth because of the land reforms he had pushed through in West Bengal and also because he was a major architect of the growth of the communist movement in that state in the 1960s. So his name not being known to a young Bengali academic of today came to me as a great surprise.

The Partition of Bengal at the time of Independence meant that much of the area over which the Communist Party had led the historic Tebhaga movement went to East Pakistan. This not only dealt a crippling blow to that peasant struggle, but also made the communist movement in what remained of Bengal in India a largely urban phenomenon. Its trade union base around Calcutta, the successful agitations, such as against the tram-fare hike that it led in Calcutta, and its commendable relief work among the Partition refugees who had poured into the city, gave it a substantial urban foothold. Indeed, Calcutta’s earning the epithet of a “city of processions” was a reflection of this phenomenon.

But this was insufficient for the communists to establish their sway over the state as a whole. A revival of the peasant movement was needed; and this occurred in the 1960s, with Harekrishna Konar playing a leading role in it. As the minister for land and land reforms in the first and second United Front governments in the late 1960s, he presided over a substantial occupation of land by the landless in the state, even as the courts were mulling over the legalities of who owned the land.

This process was carried further forward by the Left Front government in 1977, which enforced that only the person cultivating the land could reap the harvest, and whatever he gave to the landlord was to be against a proper receipt. These measures tilted the scale in favour of the cultivators. Harekrishna Konar had passed away by then, but he was the original architect of the process of land redistribution in favour of the landless in post-Independence West Bengal.

The young Bengali academic who had not heard of Harekrishna Konar was not an apolitical person. On the contrary, she was politically highly conscious and with clear Left sympathies, which makes her ignorance about Konar particularly intriguing.

Some may say that each generation has its own icons, and that today’s youth, which may not have the icons that our generation had, has its own icons nonetheless. This still would not explain why it should be totally unaware of yesterday’s icons, but the idea appears plausible. I suspect however that today’s youth is generally without any icons, at least in the realm of the theory and practice of transformative progressive politics (as distinct from Modi-bhakti which is theoretically vacuous, practically pernicious, and irrelevant for the current discussion).

A possible reason for this lack of icons could be that today’s youth is more hard-headed and has no need of icons, unlike the emotional youth generation to which I had belonged. But this is unconvincing. Icons are essential in mankind’s journey towards freedom; they will only wither away as the journey progresses, like the State in Marx’s conception.

A more plausible reason, therefore, is the general recession in progressive transformative politics that has occurred in the current scenario of neo-liberal hegemony. The crisis of neo-liberalism which has created an upsurge of fascism all over the world including India, has also, however, brought about a revival of interest in progressive transformative politics among the youth. So perhaps new icons will emerge in the coming days and old ones be given their due.