Advertisement
Home / Opinion / When the court is merely a silent spectator 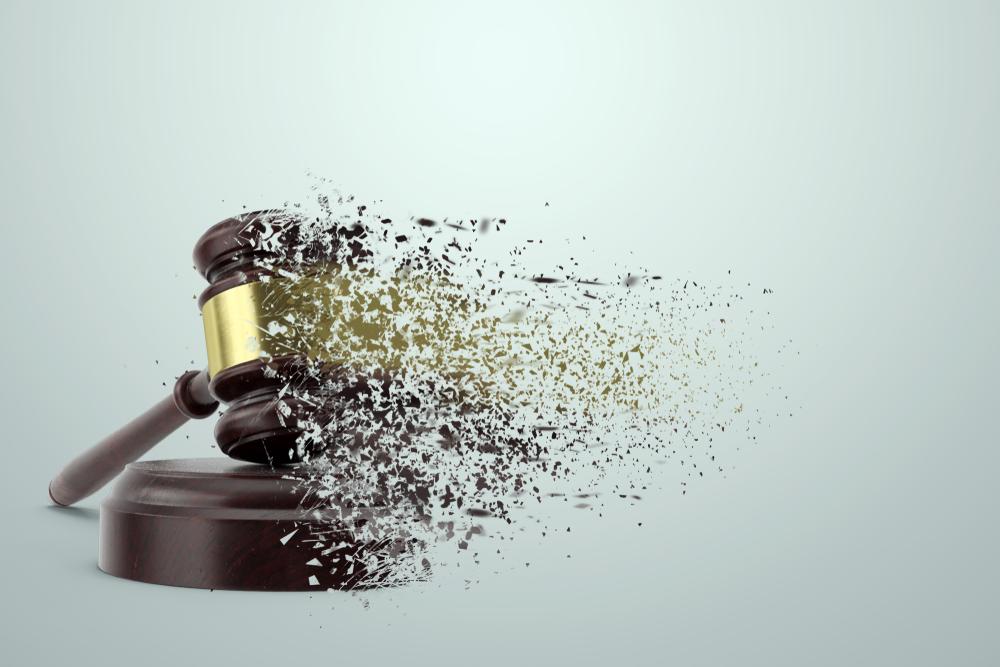 Although Pehlu Khan's case is certainly not the first time we have seen such reluctance to punish those guilty of brute crimes, what makes this denial of justice starker is the prevalent political and social environment conducive to mob violence that surrounds us
(Shutterstock)
Teesta Setalvad   |   Published 26.08.19, 03:33 AM

On the eve of India’s 73rd Independence Day, a strange verdict blotted India’s jurisprudential landscape. Rejecting the weak links in the process of collection of evidence during investigations — which included a video that was not forensically tested by the State’s prosecution but which clearly could identify the assailants of a 55-year-old cattle trader, Pehlu Khan — an Alwar court acquitted all six accused. While there will undoubtedly be an appeal, serious questions on the conduct of the trial arise, given specific questions in criminal law that exist to ensure that courts must step in when the investigation is shoddy and the prosecution lacklustre; especially when issues relate to the administration of public justice.

Although this is certainly not the first time we have seen such a reluctance to punish those guilty of brute crimes, what makes this denial of justice starker is the prevalent political and social environment conducive to mob violence that surrounds us. India has seen a spiral in cases of lynchings over the past six years. Many of those who have been mercilessly attacked by ‘the mob’ — that enjoys undoubted political patronage if not outright sanction — have been Muslim cattle traders, several have also been Dalits or belonged to other marginalized sections. On test then is how insulated our institutions of justice are from this pervasive mob psyche.

Indian courts have in the past, in rare moments of judicial vindication transferred cases, stepped in to ensure the integrity of the investigation, questioned the lapses in the prosecution and, most crucial of all, actually used the expanse of powers for re-investigation and further investigation given to the trial court under existing Indian criminal law.

Epic pronouncements by the Supreme Court have ensured a crucial intervention, pointing out the role of the trial court when faced with gross public crimes, made worse by a deliberately botched-up investigation and weak-kneed prosecution. Tragically, the absence of a systemized institutional memory within even our courts (higher courts down to trial courts) has reduced these significant pronouncements to glimmers of hope within the broader normal of a low conviction rate coupled with a dulled and hollowed-out jurisprudence.

Six of the accused named by Pehlu Khan in his dying declaration (Om Yadav, Hukum Chand Yadav, Sudhir Yadav, Jagmal Yadav, Naveen Sharma and Rahul Saini) were actually dropped as accused when the Crime Investigation Department-Crime Branch was brought in to head the investigation. Efforts to arraign them as accused through Section 319 of the Criminal Procedure Code before the same trial court that finally acquitted the six other accused were rejected by the judge. The application under Section 319 was argued over two days by advocates for the family of the deceased in July 2019.

While the judge has commented on the fact that the Rajasthan crime branch did not produce either the video or the phone on which it was shot before the court, or even get these analysed in a forensic laboratory, the court itself did little to nudge the prosecution agency into covering the lapses in the probe as the CrPC empowers the courts to do. If the investigation was so shoddy, what should have been the role of the trial court that has been hearing the case for over two years?

The court, in its judgment, even pulls up the police for a delay in the registration of the first information report in the case and comments on the “serious negligence” on part of the investigating officer. However, these officers escape any legal consequences of this gross dereliction of duty. They are not punished by the court at all. It is not as if the court of the judge, Sarita Swami, did not not make copious notes of the weak charge sheet. “This way, in this case, according to the prosecution, the accused were identified on the basis of two videos of the incident shot on mobile. But surprisingly, the video cited by Ramesh Sinsinwar and the photographs prepared from it were not taken on record and neither was the mobile which contained the video, confiscated,” noted the court in its judgment.

Sinsinwar was the then station house officer of Behror police station in Alwar district, and the first investigating officer in the case. In his statement to the court, Sinsinwar said that he had received one of the videos from an informant, but accepted that he had not sent the video to the forensic science laboratory. He also accepted that he did not get a certificate from a nodal officer for the call details of the accused, nor were they verified from anyone. He told the court that he did not take any documents such as bills and SIM IDs from the accused which could show that the accused were the owners of the mobiles, and the phones were also not confiscated. But did the court in any way use its power under criminal law to punish the SHO for these lapses that show a wilful, even criminal, negligence? Observations apart, the court has done little to ensure that officers like Sinsinwar do not get away with such criminal negligence in the future.

Sections in the CrPC, Section 311 with 165 of the Indian Evidence Act, give powers to the presiding judge to summon witnesses, and proactively intervene during trial. Section 173(8) empowers the court to ensure that the agencies investigating the case leave no stone unturned to tie up the loose knots in criminal cases.

“In the case of a defective investigation the Court has to be circumspect in evaluating the evidence and may have to adopt an active and analytical role to ensure that truth is found by having recourse to Section 311 or at a later stage also resorting to Section 391 instead of throwing hands in the air in despair. It would not be right in acquitting an accused person solely on account of the defect; to do so would tantamount to playing into the hands of the investigating officer if the investigation is designedly defective.” — Karnel Singh v. State of M.P. [1995 (5) SCC 518]

“[I]f the lapse or omission is committed by the investigating agency or because of negligence the prosecution evidence is required to be examined de hors such omissions to find out whether the said evidence is reliable or not. The contaminated conduct of officials should not stand [in] the way of Courts getting at the truth by having recourse to Sections 311, 391 of the Code and Section 165 of the Evidence Act at the appropriate and relevant stages and evaluating the entire evidence... It is no doubt true that the accused persons have been acquitted by the trial Court and the acquittal has been upheld, but if the acquittal is unmerited and based on tainted evidence, tailored investigation, unprincipled prosecutor and perfunctory trial and evidence of threatened/terrorised witnesses, it is no acquittal in the eye of law and no sanctity or credibility can be attached and given to the so-called findings. It seems to be nothing but a travesty of truth, fraud on legal process...” — Paras Yadav and Ors v. State of Bihar [1999 (2) SCC 126] as quoted in the Best Bakery case.

“Justice has no favourite, except truth. It is as much the duty of the prosecutor as of the Court to ensure that full and material facts are brought on record so that there might not be miscarriage of justice.” — Shakila Abdul Gafar Khan v. Vasant Raghunath Dhoble: [(2003) 7 SCC 749]

In the famed Zahira Sheikh case especially, there are several serious observations on the role of the trial court: “[D]iscovery, vindication and establishment of truth are the main purposes underlying existence of Courts of justice… [I]n a criminal case the fate of the proceedings cannot always be left entirely in the hands of the parties, crimes being public wrongs in breach and violation of public rights and duties, which affect the whole community as a community and [are] harmful to the society in general. The concept of fair trial entails familiar triangulation of interests of the accused, the victim and the society and it is the community that acts through the State and prosecuting agencies. Interests of society [are] not to be treated completely with disdain and as persona non grata. Courts have always been considered to have an over-riding duty to maintain public confidence in the administration of justice — often referred to as the duty to vindicate and uphold the ‘majesty of the law’...

“If a criminal Court is to be an effective instrument in dispensing justice, the Presiding Judge must cease to be a spectator and a mere recording machine by becoming a participant in the trial evincing intelligence, active interest and elicit all relevant materials necessary for reaching the correct conclusion, to find out the truth, and administer justice with fairness and impartiality both to the parties and to the community it serves. Courts administering criminal justice cannot turn a blind eye to vexatious or oppressive conduct that has occurred in relation to proceedings, even if a fair trial is still possible, except at the risk of undermining the fair name and standing of the judges as impartial and independent adjudicators.” — Zahira Habibulla Sheikh v. State of Gujarat [(2004) 3 SCC 158]

The failure of the court lies in presiding over this sham of a prosecution and investigation, and functioning merely as a silent spectator.

The author is secretary of Citizens for Justice and Peace