Our rights and liberties dangle by a slender thread

The Lok Sabha's passing of two bills with constitutional implications raises the question: what are elections for? 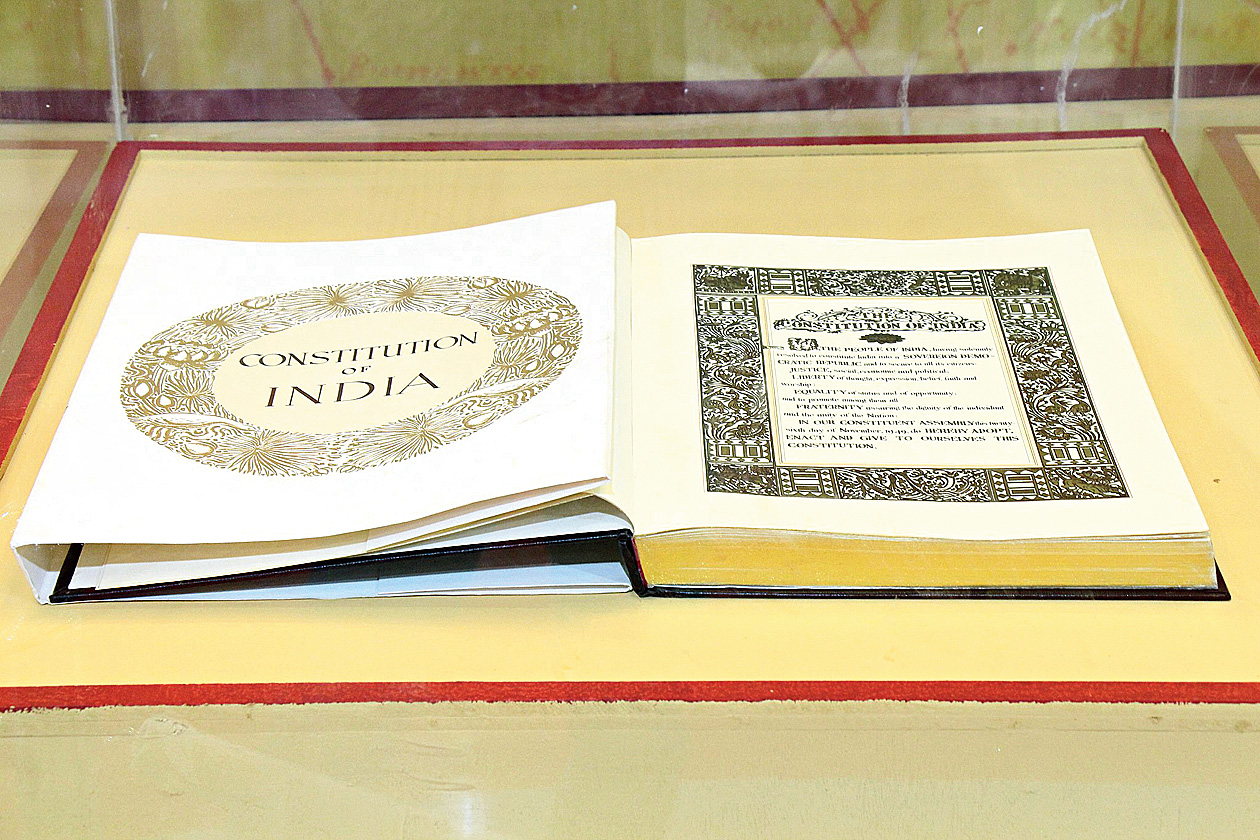 This last week in Parliament could be, potentially, a turning point in the history of the republic. The Lok Sabha passed two bills that have large constitutional implications.

The citizenship amendment bill passed by the lower House on Tuesday seeks to create a fast track to citizenship for illegal migrants from neighbouring Muslim-majority countries who are not Muslim, thereby potentially creating a religious test for citizenship explicitly disallowed by the Constitution. This bill wasn’t taken up by the Rajya Sabha on Wednesday, the last day of the winter session, and will probably be presented during Parliament’s budget session.

The second bill passed on Tuesday was the 124th constitutional amendment, which reserved 10 per cent of jobs and places in educational institutions for citizens who fall into the ‘general’ category — those not specifically included in other categories such as SC, ST or OBC. It was passed by both Houses in two days with virtually no debate. This was a constitutional amendment that formally breached both a Supreme Court ruling that reservation cannot exceed 50 per cent of the places available and the principle that backwardness for the purposes of reservation cannot be defined on economic status alone but must be rooted in social exclusion. In the Rajya Sabha, this amendment was passed on Wednesday with 165 voting in its favour and just seven against. Once the president signs off on it, it will be the law of the land unless it’s formally struck down by the Supreme Court because the apex court doesn’t generally ‘stay’ constitutional amendments.

The citizenship amendment bill, despite not being a constitutional amendment, is, arguably, the more far-reaching piece of legislation. It specifies that illegal migrants from Afghanistan, Pakistan and Bangladesh who belong to six religious minorities — Hindus, Jains, Buddhists, Sikhs, Parsis and Christians — and who entered India before the end of 2014 would be given a fast track to citizenship and would not be arrested or imprisoned for illegal entry. More important than the religious communities included in the bill was the religious community excluded from it: Muslims.

The ostensible reason behind this amendment is that the three countries named are Muslim nations with a track record of persecuting religious minorities and, therefore, India’s duty to shelter victims of religious persecution can reasonably exclude Muslim migrants who belong to dominant (and domineering) Muslim majorities. This reasoning is defective on its own terms. One of the most persecuted groups in Bangladesh in recent times has been secular, rationalist Muslim intellectuals, literally hacked to death time and again by machete-wielding Muslim fundamentalists. In Pakistan, Shias and Ahmadis have been the targets of vicious, concerted violence. Members of these communities have been bombed, shot, attacked by fundamentalist vigilantes and legally persecuted under Pakistan’s grotesque religious laws. Given that they are religious minorities with a long history as targets of Sunni majoritarianism, the idea that they can be excluded from the scope of the amendment because they are Muslim is both insidious and undemocratic.

The Bharatiya Janata Party’s allies have criticized the amendment bill, among them the Shiv Sena and, significantly, the Asom Gana Parishad, which has gone to the length of withdrawing from the National Democratic Alliance in protest against the bill. The government of Manipur has applied to be excluded from the purview of the bill should it become law. The reason for this opposition within the NDA in Assam and the Northeast is straightforward: the sentiment against illegal migration in these states extends to outsiders of every sort. The fact that some of them aren’t Muslim doesn’t make them acceptable. A state like Tripura had its demography transformed by the immigration of Bengali Hindus and this left its tribal inhabitants aggrieved at being made, in their view, a minority in their homeland.

The BJP’s persistence with this bill despite the feeling against it in Assam and elsewhere testifies to its principled communalism. The Modi government believes that in the long run, the deliberate exclusion of Muslims will play well in both the Northeast and Bengal because of the long history of Bengali Muslim migration into the region and the tensions that this has engendered. It is willing to risk alienating its allies in the short term for the great prize that this amendment symbolizes: a statutory precedent where citizenship is subjected to a religious test.

Should this amendment bill become a law and survive a challenge in the Supreme Court, the formal exclusion of Muslims in this bill could be deployed as the thin end of a majoritarian wedge. Already, the home minister, Rajnath Singh, has declared that the bill would be applicable not just to Assam and the Northeast but to every state and Union territory of India. To simplify the hunt for illegal migrants nationwide into a search for Muslim illegals would be a triumph for the sangh parivar: the Bangladeshi-under-your-bed bogey formalized into law. By exploiting the tensions created by migration in border states, the BJP government hopes to use the marches to poison the mainstream.

Opposition parties staged a walkout when the citizenship amendment bill was voted on in the Lok Sabha. It can be argued that a walkout is an attempt to de-legitimize a bill which, unlike a constitutional amendment, just needs a simple majority to pass, something the BJP possesses by virtue of its absolute majority in the Lok Sabha. In the Rajya Sabha, the Opposition parties have asked for it to be referred to a select committee. But in the matter of the Constitution (124th amendment) bill, there wasn’t even token opposition. An amendment to the Constitution, which needs special majorities in both Houses, sailed through Parliament because most major parties (with the exception of Left and Dravida parties) didn’t want to be seen to be denying special quotas to dominant Hindu communities like Jats, Patidars, Rajputs and savarna Hindus more generally.

Thus the Congress, the Nationalist Congress Party, the Biju Janata Dal all voted for the bill. Apart from feebly questioning the timing of the bill, the principal Opposition parties lined up behind it. Even the Bahujan Samaj Party and the Samajwadi Party, parties founded on the principle that social exclusion ought to be the sole basis for reservations, supported the bill. The BSP supported it with the proviso that minority reservation be built into this new quota while the SP wanted the OBC quota to be doubled in keeping with this category’s share of the population.

The reason for this near-unanimity isn’t complicated: the impending general election. Hindus in the general category are numerous enough to be a crucial voting group, especially in UP which sends 80 MPs to the Lok Sabha. The BSP doesn’t want to alienate Brahmins and Thakurs any more than the Congress does. All these parties have also calculated that their acquiescence does not necessarily mean that the amendment will stand: they are optimistic that the Supreme Court will strike it down as a violation of the basic structure of the Constitution. Similarly, it’s deemed likely that the citizenship amendment bill will fall foul of the constitutional taboo on a religious test for citizenship.

This is what parliamentary law-making and parliamentary opposition have been reduced to: parties ducking debate and refusing to vote against divisive, unconstitutional government bills in the hope that the Supreme Court will bail them out. We have the spectacle of elected legislators banking on the wisdom of a higher judiciary, which, thanks to the self-perpetuating collegium, is answerable to no one. This is the slender thread on which our rights and liberties, our definitions of affirmative action and citizenship, dangle. In this season of suffrage you could be forgiven for asking, what, then, are elections for?

The fundamental principle of reservations has been turned upside down