Populist is a useless term that needs to be retired 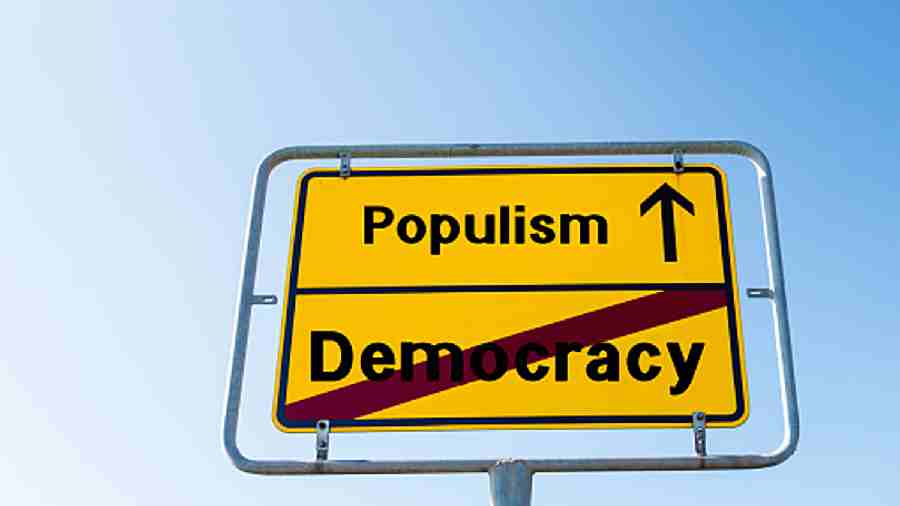 ‘Populist’ is a useless term that needs to be retired. Over the past twenty years, it has been pressed into service to describe utterly dissimilar political figures and their movements. Bernie Sanders, Donald Trump, Recep Tayyip Erdogan, Rodrigo Duterte, Lula da Silva, Jair Bolsonaro, Viktor Orbán, Giorgia Meloni, Marine Le Pen and Narendra Modi are routinely described as populists as if they had some quality in common that was so defining that it made their obvious differences unimportant.

We don’t have to be pundits or political scientists to see that Lula da Silva and Narendra Modi proceed from unlike political premises. Lula came to power and ruled as a politician committed to raising the living standards of Brazil’s poor through the redistribution of wealth generated by Brazil’s commodities boom. Narendra Modi came to power at the head of a Hindu supremacist party backed by a family of Hindu supremacist organisations.

All ruling parties and leaders are similar in that they discharge similar functions — law and order, welfare, taxation, foreign affairs — but it isn’t hard to discern their principal ideological motivations if only because they trumpet them so loudly. Lula’s redistributionist message has remained the same through two terms in office and, more recently, during his successful campaign for a third term as president. Modi, his party and its affiliated front organisations have been consistently hostile to Muslims and explicitly communal in their rhetoric and their use of the State to further their goal of a Hindu rashtra.

To find an editorial or academic perch from which Lula and Modi (or Trump and Sanders) appear as two instances of a single tendency, two peas in a single categorical pod, suggests — a) a disabling distance from real life b) a commitment to definitions so abstract as to make ideology invisible or c) a mandarin centrism that makes the lumping together of campaigning redistributionists on the one hand and crusading supremacists on the other ideologically convenient.

The conventional definition of populism, a political position that invokes the People against a corrupt elite, is meaningless in the context in which it is most often used, namely electoral democracy. From Eisenhower to Biden, from Nehru to Modi, from Attlee to Sunak, from de Gaulle to Macron, it’s hard to think of a single political leader who did not claim to represent the People or didn’t promise to make distant political institutions more responsive to the aforementioned People.

‘Populist’ is almost never a term of self-description. Nigel Farage isn’t going to put his hand on his heart and say, ‘I’m a populist.’ It’s always used to describe someone else and it’s always a pejorative description even when it’s dressed up as a disinterested academic term. Basically it’s a way of describing an argument or policy position that falls outside whatever passes as the consensus of that time, the common sense of the moment.

Tamil Nadu’s mid-day meal scheme was unanimously condemned as ‘populist’ by the gatekeepers of economic orthodoxy when it was first introduced. It was seen as a vulgar bid to buy votes with public money, ignoring the prudent nostrums of expert economists. As the discipline of welfare economics evolved, the midday meal scheme was redesignated as a pioneering policy intervention. More recently, the Mahatma Gandhi National Rural Economic Guarantee Act was described by its critics as an extravagant populist scheme that would unbalance the labour market and break the national budget. It’s most vocal critic was Narendra Modi. Not only has it survived into his second term as prime minister but it is also seen as an important of way of shoring up rural purchasing power at a time of agricultural stagnation.

We should describe these two initiatives accurately: they are forms of redistributive welfarism. Even if you disagree with them, it’s important to call them by their proper name instead of fastidiously dismissing them as that undefinable thing: populism.

The challenge to what passed as the secular consensus in India by the Ram Janmabhoomi campaign of the 1980s can be glibly described as populist. According to its leaders, it was directed against a deracinated elite, out of touch with the pulse of the Hindu public, who were, in this construction, India’s constitutive People. The presiding ideology of the Ram Temple movement was Hindutva or Hindu nationalism which, after eight years of BJP rule, is the de facto orthodoxy of the Indian State.

But the fact that it was once an ideological outlier and is now, increasingly, the common sense of Indian politics doesn’t change its proper description: it was a majoritarian movement led by a Hindu supremacist party. The sangh parivar, both in power and out of it, is a majoritarian formation committed to Hindu supremacy. To describe this very specific ideological disposition as ‘populist’ is meaningless and dangerously misleading.

‘Populism’ is an obfuscatory term used by centrist gatekeepers to conflate the ideological positions they disapprove of and disagree with. When Bolsonaro was elected president, The Economist  tweeted out an article on his political agenda. The tweet went: “Jair Bolsonaro is a dangerous populist, with some good ideas.” The article the tweet was advertising was a near-perfect example of the centrist deployment of ‘populism’ as an ideological gambit.

According to the article, Bolsonaro was a militarist thug in league with torturers and his government was likely to wreck the environment, human rights and education but if he followed up on his enthusiasm for neoliberal ideas, he’d be really good for Brazil. More recently, when Lula was re-elected, the same magazine published an article warning Lula that he had to jettison his populist economic ideas if Brazil was to prosper. In the hands of The Economist’s  leader writers, ‘populist’ does a lot of work. It takes the racist, homophobic, violent authoritarianism that defines Bolsonaro on the one hand and the redistributive, welfarist platform that defines Lula and makes them both the same ‘ism’ — populism.

As the overlapping crises of the last fifteen years — economic, environmental, medical and military — unravel globalisation and threaten the economy and the ecology of the world in existential ways, the Davos establishment that failed to anticipate, understand or stabilise these crises has taken an increasingly scattergun approach to describing political positions that don’t fit its failing prescriptions. All of them, no matter how different, are described as populist. The narcissism of neoliberals is so complete that the views of the rest of the world are dissolved into one kind of white noise: populism.

This is a problem because nearly all the names listed at the start of this column with the exception of Lula and Sanders can be precisely categorised: they are majoritarians who use sexual, religious and racial categories to demonise and harass minorities. They are ethnic supremacists who constitute the single largest threat to liberal democracy in the modern world. A term that clubs them together with unlike figures isn’t fit for purpose because it distracts us from the necessary task of naming the world.