The Supreme Court's plainspeak on Sabarimala is much needed 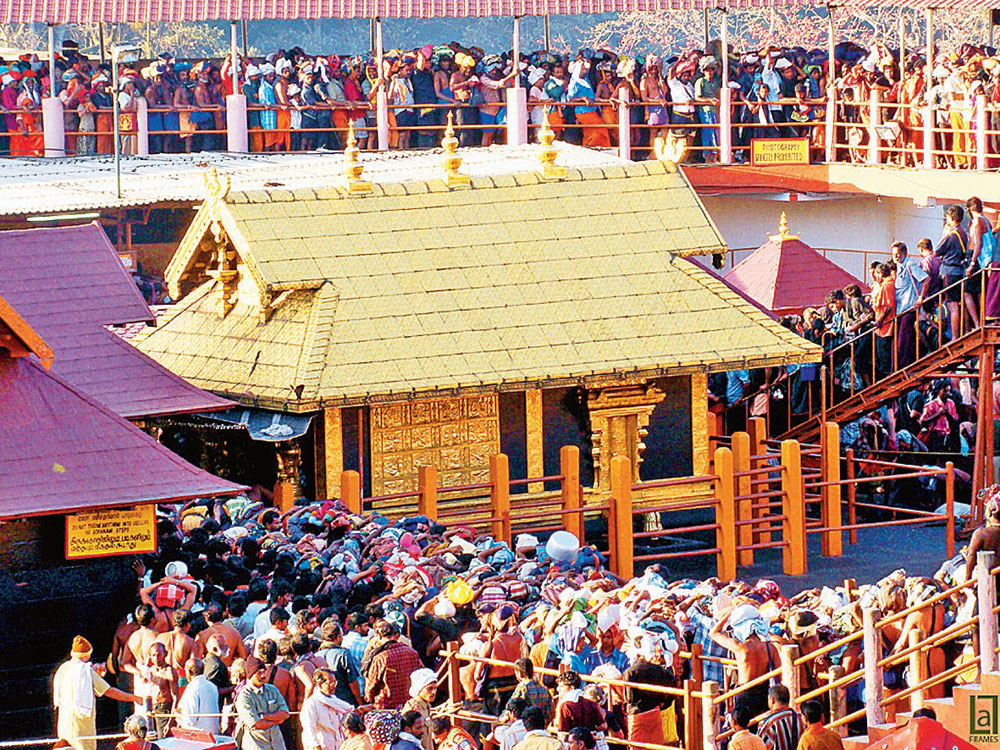 Many women in India may now boldly go where they have not been allowed to go before: the Sabarimala temple in Kerala. In yet another progressive judgment in a line of verdicts that have restored crucial rights to citizens, the Supreme Court ended a centuries-old tradition that banned girls and women between the ages of 10 and 50 — deemed to be the menstrual years — from entering the Ayyappa temple. Of even greater significance, however, is the language employed in the majority verdict. Making no bones about the discriminatory nature of the practice, which seeks to rob women of their right to worship where they please on the basis of natural biological cycles, the judge, D.Y. Chandrachud, said that it is “a form of untouchability” which should “have no place in a constitutional order”. In one fell swoop, the apex court laid bare the toxic message communicated over centuries on account of the practice: that women, especially of reproductive age, pollute the purity — which, apparently, is very male — of places of worship, in this case the Ayyappa temple.

The importance of the apex court’s plainspeak cannot be emphasized enough, especially at a time when the erosion of the rights of women and minority communities in the country is steadily increasing. First, by equating the exclusion of menstruating women from the temple with pernicious practices of caste-based hatred, and by stating that “patriarchy in religion” cannot trump “the freedom to practise... one’s religion”, the court has made it difficult for men who claim religious authority for themselves to invoke ‘tradition’ in order to defend the indefensible. Second, it has opened up the possibility of a similar democratization of other institutions — religious and governmental — and even domestic spaces that discriminate against women with varying degrees of severity. Resentment has, unsurprisingly, been expressed at the ruling, both by the temple board and members of the public. Even the lone dissenting voice in the five-judge bench claimed that the court cannot decide what constitutes “essential religious practice” unless there are aggrieved parties. The latter, however, have been identified by the majority verdict: a sizeable section of the population whose freedom to practise their religion has been denied for centuries on unconscionable grounds. Such traditions are a disgrace in a democracy. The apex court has recognized them as such; it is time civil society did as well.