Kashmir under lockdown: one year on 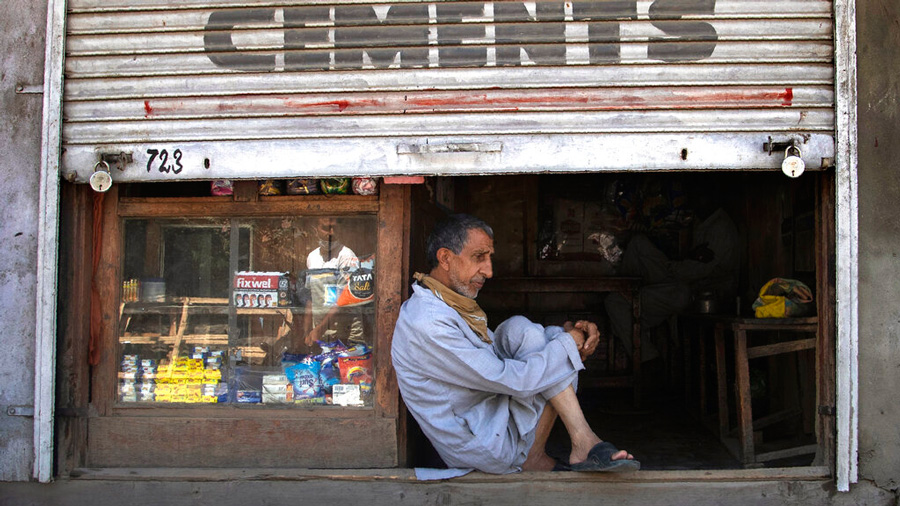 Most moments come to pass; some moments extend themselves in ways that they become annotations on eras. This day last year was such a moment, an oracular dissertation on why and how we had arrived at August 5, 2019, and what lay ahead. It was a moment that defined to humanity yet again the fatal error of confusing elections, even popular elections, with democracy. The latter is not always the consequence of the former, it can often be its casualty.

The dismemberment and downgrading of Jammu and Kashmir, the cold stripping and silencing of what used to be India’s prided crown, were decisions of a popularly elected government, the most handsomely mandated executive in decades. No element of those decisions was democratic — not the way they were arrived at, not the way they were effected. That said, Kashmir’s was a popular humiliation, a rapturously popular one, whose din drowned protest to a feebleness and eventually drained it; it was the popularity the hunter enjoys in a hunt over the hunted. That was the ritual of the rite, the jungle ritual of might is right. Nobody can rightfully complain they did not see it coming, the jungle cannot complain about itself. An elected jungle is still a jungle, it is decreed to live by its ways. That decree was popularly handed to Prime Minister Narendra Modi & Co in May 2019. It was a decree vastly different from the decree of 2014. Understanding the difference is the key to understanding what Modi’s formulation of New India is. It is a majoritarian formulation, not a democratic one.

Modi rode to power in 2014 on the weary spine of the UPA decade, its dissipated energies, its internal debasement and decay, its atrophied will, its palpable lack of mass connect; Modi seemed to embody all the happy contrasts. Modi’s endorsement in 2019, a bigger and resounding ratification, was earned entirely on his own speed. He had demonstrated the will and the potential for doing ‘what no other leader had been able to do in 70 years’. That’s open code for the establishment of Hindu majoritarianism. It has many layers to it, that code — from cow and beef lynch mobs and their celebration to “shamshan-kabristan” speeches to Othering for attire to the empowerment of Adityanath and Pragya Thakur to the denigration of Gandhi and the deification of Godse, the entire narrative of civilizational anger and avenging. Like Pulwama, followed by Balakot. That was the message that won Modi 2019. What has followed are merely consequences. The overriding mood of 2019 wasn’t for electing a democrat; it had been seduced by a demagogue and his diabolical promise. Everything that has happened since was written into the mandate.

I was in Kashmir on assignment from this newspaper this day last year. And this, briefly, is what happened.

At 12.26 am, I began writing a telephone text to my office: “Don’t know what the cabinet will decide in Delhi tomorrow, but the iron curtain is about to...”

My phone snapped. Like at the throw of some switch somewhere. The signal towers collapsed. Internet was gone. I ran down to the landline. Dead. I tried heading out, but there was nowhere to go. There were pickets and barricades, and soldiers frilled out around spools of concertina wires. Lockdown.

I may have never ever felt so shut out and so shut down. Not during the protracted military operations of the IPKF in northern Sri Lanka. Not during the many weeks I was on the frontier reporting the Kargil war. Not during the Tahrir Square uprising in Cairo. Not even during the darkest I have witnessed in Kashmir over the past decades.

All through the widespread eruption of armed militancy and the consequent flight of Pandits from the Valley in 1989-90, there was always the old reliable Post and Telegraph Office to carry your typewritten copy to for transmission.

This was not even censorship, not about what you could or couldn’t report. This was being cut out and left cold. We were lost to the world, cauterized from all that existed beyond. There was no recourse, nobody to turn to, nobody to tell we even continued to exist, breathe, eat, pray, bray.

This is how Kashmir was taken and was made to become “normal”. It beggared belief at the time that I considered myself the citizen of a democracy. It still does. I got out a few days later, but that could be of no solace to those I had left behind, fellow citizens so-called, who trade in the Indian rupee and, when required, produce an Aadhaar card or an Indian passport.

But that is what we have made of ourselves, that is what we voted for, that is what we invested in and installed in power — a majoritarianism. It’s misplaced to blame Narendra Modi & Co. They were clear and upfront with their agenda; it was all in their manifesto, the bold print, the fine print, what lay there to be read between the lines. This nation voted for what became the CAA, this nation voted for what is going to be the NRC, this nation voted, eyes wide open, for Narendra Modi, a man who likened a pogrom to the death of a pilla, or pup. It must live with the consequences and believe that at 50,000-plus infections a day, we are doing gloriously tackling the coronavirus and that there are no Chinese troops squatting on Indian soil. We should also believe that “goli maaro sa***n ko” is a patriotic cry and reading the Preamble to the Constitution anti-national. We should believe that habeas corpus is no plea to urgency over ensuring human rights, and that the lies of a salaried solicitor must always override the truth of what we can see, whether it is migrants walking thousands of harried miles home or an elderly gent protesting from behind a concertina mesh that he is chained when the world is being told he is free. We must believe the freedom of his chains because it is lies we chose.

We are about to be told more lies this day, in continuation of the consecration of crimes. This day is such a moment, when democracy appears a casualty of elections, not its consequence. Kashmir described how that happened and what it would lead to. It was a dry run on the tools and methods of subjugation, on the uses of lies and propaganda, on the subversion of institutions and integrity, on the populist derailing of democracy. Keep watching, there will be, I promise, much to watch.