Advertisement
Home / Opinion / On Mankading and the problem with chivalry

What really matters in a world where Britain is teetering, America is in free fall, and Modi is building a chowkidar nation 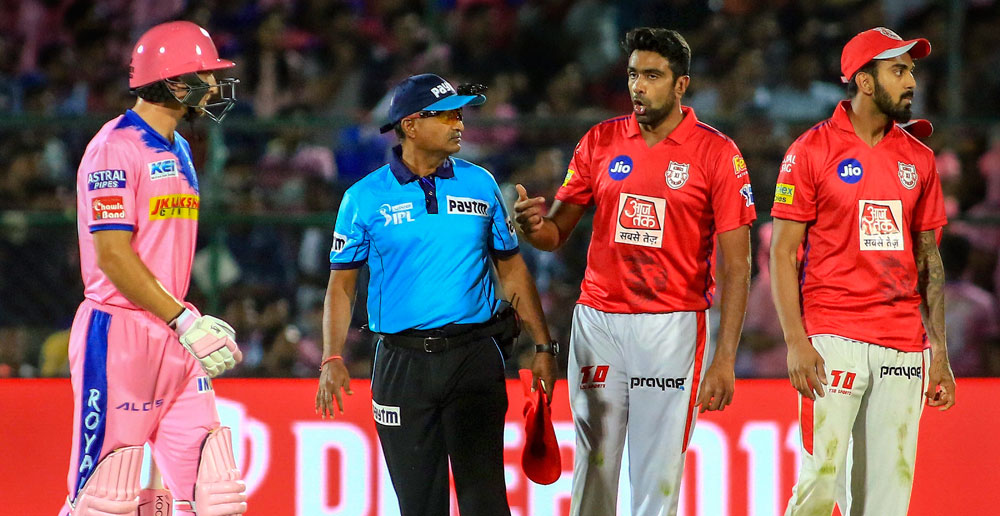 Several recent instances of ‘Mankading’ have occurred in limited overs cricket. This is unsurprising. The compressed nature of the game induces an urgency that can press bowlers into expedients that they might pass up on in Test cricket’s roomier context. This is, of course, not to argue that a ‘Mankad’ can’t turn a Test match, merely to suggest a speculative explanation for the dismissal’s resurgence in recent times.

The list of actions that are seen to militate against fair play has shrunk dramatically in recent times. No one fulminates any more about the batsman who waits on the umpire after nicking the ball or the fast bowler who makes tail-enders hop. Why, then, does a bowler running out a non-striking batsman trying to steal ground unfailingly provoke apoplexy? A batsman standing his ground when he is plainly out is acknowledged to be within his rights, but a bowler who effects a dismissal explicitly allowed for in the laws of the game is pilloried for it.

Michael Vaughan has an interesting justification for his dislike of ‘Mankading’. “I do not agree with it because there is no skill involved in the dismissal. Batsmen should be given a warning and I do not like the message Ashwin’s action sent out.” The first part of his criticism makes a useful point. A ‘Mankad’ isn’t a stumping at the non-striker’s end. The bowler has the ball in his hand all the time, the batsman isn’t beaten, he’s ambushed.

It’s this operatic sense of being stabbed in the back that allows the Mankaded batsman his little fit of entitled grievance. What he’s marshalling is a sense of innocence. Where does this innocence come from? It comes from the belief that the set-piece at the heart of cricket — the bowler running in, the striker at his crease — goes ‘live’ when the ball leaves the bowler’s hand... not before then.

Of course this isn’t actually the case. From the moment the umpire allows the bowler to run in, the ball is in play. There are exceptional circumstances where it can be declared ‘dead’, such as the batsman pulling away or the ball slipping out of the bowler’s hand as he runs up to bowl. Otherwise it’s game on. But this legality has never been internalized by cricketers because the axis of cricket’s action is bowler to striker and anything that disturbs this holy tension is seen to subvert the game itself.

The other eleven players on the field are extras till the ball reaches the striker. They’re a kind of chorus waiting for the two soloists to do their stuff before coming alive. Close fielders can’t change their positions till the ball is delivered, outfielders can close in, in a straight line, but they can’t sprint off at a tangent. The bowler runs in, fielders crouch or close in, and the non-striker, following suit, takes a start. He starts walking in, so he isn’t caught flat-footed if there’s a chance to steal a single or turn a single into a two. Non-strikers are taught to do this, as Vaughan writes in his piece on Ashwin’s perfidy. Like the crouched slips and the closing-in outfielders, the non-striker taking a start is the ritual preliminary to cricket’s sacred sequence: the bowler bowls the ball, the batsman plays it. It’s part of a collective drawing in of breath before the spasm of action that moves the game forward.

In this context, to dismiss the non-striker before the ball is bowled is a kind of vandalism, the act of a yahoo who doesn’t get it, the ‘it’ here being the SOC. This begs the obvious question: why is the law there in the first place if it isn’t meant to be used? The answer to this is not complicated. The law exists because it’s necessary: without it, the non-striker would be able to steal yards and runs with impunity, and turn a contest into a joke. Law 41.16 is best understood as a deterrent, a sanction of the last resort. Cricket’s conscience-keepers want its use inhibited by sportsmanship. In practice, this means treating the batsman’s chronic attempts to steal ground as absent-mindedness, an innocent carelessness which cannot, or, shouldn’t be punished without a gentlemanly warning.

Notice that nearly everyone who has commented on the incident, from Vaughan to Rahul Dravid, either to attack Ashwin and to defend him, has criticized his failure to warn Buttler. Again, to any neutral outsider, the obvious response to this would be to ask why this is the only rule in cricket where fair play requires that the bowler remind the batsman that he’s in danger of being dismissed. And the answer to that takes us back to the earlier point that cricket’s set-piece centres on the bowler and striker; the risk of turning it into a squalid squabble between the bowler and non-striker before the ball is bowled is, literally, not cricket.

Ultimately, despite the outrage and disapproval, this isn’t a moral question, it’s an aesthetic one. The question is, how much action can you have at the non-striker’s end without disturbing the bowler-striker tableau that defines the game? Or to put it another way, if Mankading were to become a regular form of dismissal, would cricket become baseball?

In baseball, the pitcher will repeatedly try to ‘pickoff’ a base runner, either to have him ‘tagged out’ by the fielder guarding the base or to discourage him from taking too large a start in his bid to steal a base. This is not an exceptional occurrence: it is an integral part of the game. This is not an exact analogy: there is, to acknowledge the force of Vaughan’s point, skill involved in swivelling and throwing precisely to the base fielder, unlike the sudden death the Mankad inflicts on the stranded batsman. But it’s a useful comparison because baseball reminds us that stealing ground can be treated as calculated risk-taking. Seen in this way, moralizing becomes unnecessary. The batsman isn’t seeking unfair advantage and the bowler isn’t slaughtering an innocent.

Warning the batsman before Mankading him, is, in the long run, an unsustainable position. Think of a Twenty20 game where a single might mean the difference between victory or defeat because one run is all the batting side needs or because a single would allow the more capable batsman to farm the strike at a crucial moment. Why would the bowler warn a non-striker trying to steal a single in this situation? In no credible sporting contest can fair play be based on the self-denial of one side only. If the non-striker takes a calculated risk, the bowler must be encouraged to show him that he’s got his sums wrong.

The sensible way of preventing non-striker run-outs from becoming an epidemic is not by insisting on warnings but by rewriting the laws so that the bowler can’t weaponize the bowler’s end run-out, which is what Ashwin did. Ashwin suckered Buttler by pausing at the moment when Buttler expected him to go into his delivery stride. The MCC issued a statement saying, “we believe the pause was too long between the time Ashwin reached the crease and the moment it was reasonable to expect the ball would be delivered. When Buttler could have reasonably expected the ball to be delivered, he was in his ground.” Cricket could learn from baseball here.

Baseball allows ‘Mankading’ (running out a non-striking batter) but strictly defines the circumstances under which the pitcher is allowed to do this. When the umpire believes the pitcher has tried to intentionally deceive the runner, he declares a ‘balk’, which is baseball’s equivalent of a no-ball and all the runners move up a base — cricket’s version of the one- run penalty. A.B. de Villiers has properly called for the law to be clarified: the MCC should respond by taking as its inspiration baseball’s rules about pickoffs and balks and define the conditions under which a ‘Mankad’ is permissible. An unwritten expectation based on the ‘spirit of cricket’ doesn’t cut it.

Thank god for sport. In a world where humanity faces extinction, where May’s Britain is about to lurch off a cliff, where Trump’s America is already in free fall, and where Modi is bidding to remake India in the image of a surly sanghi chowkidar, it’s good to think about things that really matter.