Not having to make the effort to speak in English. I try, but it’s a burden. One among many I am laden with, what’s one to do? 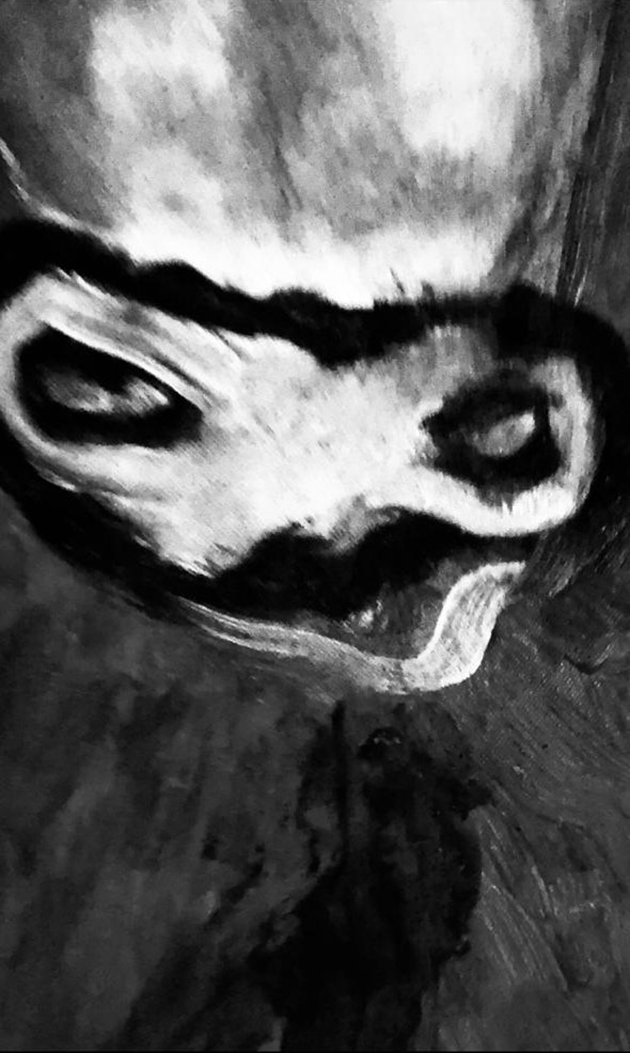 Not Laden. Not that Laden. Not the one with a capital L. Loaded. Not Laden. The Laden that first came to your mind or wherever is bin Laden. But no. But yes. Something did tell me you’d read it as that: Laden. Such is the air we breathe. Everywhere, all across the length and breadth and depth of things: Laden. And what springs from it. Suffused by Laden and related lads and dens. In a manner of speaking. This language, English, I mean.But English is not my mother tongue, much less my mother’s tongue.

English is the tongue of my employ, besides many and several other things, but it is not my mother tongue, although I must admit I probably use the English tongue more than other tongues. Or so it would seem to me and to sundry others who must have a language with me. Good for the English, they left behind a tongue that we can use, abuse, misuse, as suits us.

My mother had many tongues other than English, which as I said, she spoke in a manner of speaking. I mean she spoke in many tongues. A loving tongue, an annoying tongue. A soothing tongue, a harsh tongue. A lilting tongue, a tongue that was straight as a lesson. A silver tongue, an iron tongue. She also spoke in Motherly. That is the most elusive tongue, the Motherly tongue will never be my mother tongue for no amount or no lack of trying or wishing. I can give it a shot. When I become a mother. But I suspect nature has not provided me the required equipment. Such is nature. Unequal. But let that be. Everything is unequal. Even democracy. Chhoro, let it be. The burdens of not having. The burdens of knowing that there are nations where mothers are English and English is the mother tongue. Imagine. Not having to make the effort to speak in English. I try, but it’s a burden. One among many I am laden with, what’s one to do?

Aur bhi gham hain zamaane main. Like why do I not have peacocks? What a burden it is not to have them, and have them dance for me. It is our national bird, and I am a nationalist. How may I prove I am a nationalist unless I have peacocks? But I don’t have peacocks. Therefore it can be deduced I am not a nationalist. And not being a nationalist is a dangerous thing. Nor a garden? Nor hands to manicure them? Nor pearls, that I could feed those peacocks. Someone, please organise them, go on; and I promise I will get the camera crews, even if I have to pay for them, and all those different sets of carelessly matching and carefully mismatching sets of apparel; they’re going cheap. Online. They bring the merchandise home. Cash on delivery. Contactless, except they touch the cash you touch, and you touch the goods they’ve already touched, god knows who. But I digress. And so what’s new?

Digression is duty. If you won’t digress you will go one way. And going just that one way or this one way is not what a democracy should be. It has become the case for some that we are no longer a democracy, but that can’t be true, or is it? Propaganda. The surest sign we are a democracy is that for all that is wrong with the way we are being ruled is that we blame it all on those that rule us no more. They are still there, adversaries, another group, a rival group. Other groups and rival groups are only allowed in a democracy. Except they don’t have peacocks. They are plainly told: no mor.
Am I making sense? Of course not.

But that’s the clever trick
I’ve learnt on you to play
I’ll hand you a heavy brick
And say, now turn it into clay.

Oh My Dil Is Garden Garden

Is All Well In Lalla Land?