Of Modi and Machiavellian rulers 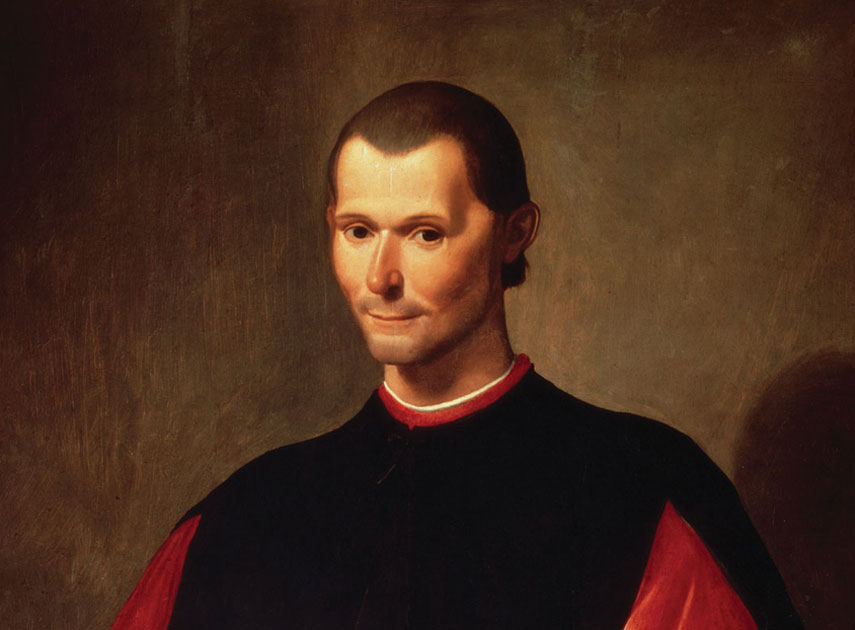 My association of Modi with Machiavelli should not not mislead readers. I will not score cheap points by peddling popular misconceptions. Niccolò Machiavelli, the 16th-century statesman and political theorist, was not a cynical advocate of immoral governance but a subtle and humane thinker on public affairs. And I have no wish to merely denigrate the man on whom so many of my fellow Indians have so recently and overwhelmingly bestowed their trust.

But don’t all politicians take politics seriously? Well, yes and no. It is easier to grasp the point in the uncluttered perspective of history, so let me turn to Machiavelli. Political thinkers before Machiavelli had, in their various ways, confined their discussion to ideals and principles, while the actual rulers went about their messy business. Machiavelli is the first major thinker to acknowledge and analyse the fraught, shifting scenario of realpolitik. In other words, he ‘takes politics seriously’. Europe in his day had many hereditary rulers. Of course they took their rule seriously, but basically took it for granted, with a sense of wrong if they were overthrown. Their overthrowers, too, commonly assumed that once they had seized power, it was theirs for keeps.

But as Machiavelli repeatedly warns all rulers, circumstances change continually: what brought a prince to power may not benefit him in later times, or may even do him harm. Hence the ruler must be eternally alert and resourceful. He must unfailingly sync with the times, turning each situation to his advantage. Every act of Machiavelli’s prince thus becomes a political act. The upheavals of the time toppled many dynasties and empowered many new rulers, some of whom founded dynasties of their own. But this generation of ‘new monarchs’ relied neither on heredity nor on constitutional right; they secured their power by eternal vigilance and creative adaptation.

The rationale for this strategy is interesting. Machiavelli believes strongly in military might as a means of consolidating rule; but ideally, he holds, a prince should not use his soldiers to subjugate his own people. Rulers who do so often come to a bad end. Rather, the astute prince uses military success to woo and impress the people, to become ‘admirable in their sight’ like the ‘war-like’ Roman emperor Antoninus. War, like everything else, becomes an exercise in public relations. It is even more important for its impact at home than on foreign adversaries.

There is a curiously democratic underlay to Machiavelli’s model of the successful autocrat. To ‘keep the people satisfied and contented’, says he, is among the prince’s most important tasks, even if the direct goal of governance is to serve the interests of the elite. In Machiavelli’s time, the only means of protest open to the common subject was armed rebellion, usually to his ruin. How much more crucial must the people’s satisfaction be in an electoral democracy with universal suffrage. Sixteenth-century rulers flaunted public rituals of worship and outbursts of sentimental oratory. The 21st century must make private meditation a public act; even the eating of a mango acquires iconicity.

Some might cavil at such exhibitionism; vastly more people read it as a pleasing message from their ruler: ‘I am thinking about you, living for you, sharing with you even these private moments.’ Perhaps this is what Mehta means by the “aesthetics of politics” — designer politics, one may say. The political message becomes a finely-wrought artefact. It grips us by this extra appeal, flattering our sensibilities, superseding the banalities of electoral promises and record of governance, as a poem gives extra pleasure beyond the literal meaning of the words. Entranced by this construct of the political imagination, we dismiss such mundane concerns as jobs, taxes, demonetization and social conflicts. Is there anyone else on the Indian political scene who has creatively redefined the terms of public engagement in this way?

Mehta follows with another premise: communication. Machiavellian logic follows the same trajectory. There was no internet in the 16th century, no social media or television. But there was the mighty forensic instrument of rhetoric, exercised through writing and oratory, through sensational deeds and symbolic postures, and overall, by projecting the crafted image of a ruler and an ethos identified with him. Machiavellian politics is intrinsically rhetorical: it operates through its impact on the social psyche, by devising a compelling code.

For such a purpose, the very limitations of pre-industrial communication gifted it with one great resource: the rumour mill. A small body of information travelled through uncertain and unverifiable channels, growing and altering in transmission; once it found its mark, it was hard to dislodge. In Machiavelli’s treatise on war, a general says: “The difficulty lies in removing a dangerous opinion from a multitude, where words are the only means available.” The advanced technologies of the last two centuries vastly enhanced not only the volume of information but its reliability. The digital age has turned the clock back again. Today anyone can post and circulate anything: the word is once more a rootless self-propelled entity. It is reinforced by visuals, exploiting our basic readiness to believe what we see. We are thereby exposed to deception through photoshopped images and false captions; and much more gravely, to the sentimental manipulation of genuine images, using their visual authenticity to validate a false premise or repugnant sentiment.

In the post-modern, post-industrial world, political discourse has become ‘rhetorical’ in a novel and disturbing way, ransoming our lives to the manifestly unreal. We have found a grand term for it: post-truth. A leader who swears by ‘hard work’ and not ‘Harvard’ can have no time for such theorizing, but he and his campaigners have mined its potential as never before. By global consent, the election just concluded was not only the most expensive in human history, but the one that has most used and abused the electronic media. We must learn to reformulate our responses to whatever we read, see and hear: ‘information’ that does not inform but manipulate, the idiom of the sales brochure rather than the instruction manual, language whose norm is the political speech and whose nadir the slanging-matches on TV.

This necessarily goes with a devaluing of facts. The current dispensation has dismantled the role of hard data and statistics in shaping and assessing public policy: facts that might contradict the myths are unblushingly disowned or suppressed. In another direction, the present order is not only reinterpreting history — a perfectly proper agenda in itself — but playing fast and loose with the underlying facts. Most preposterously, it is overturning the findings of natural science by bizarre sallies of rhetorical imagination.

But the proximate danger is at the most mundane level. Machiavelli cites five great virtues in a prince; but, he explains, the prince need not possess those qualities, only appear to do so: “If a prince wins credit for conquering and holding his state, his means of doing so will always be considered honest, and he will be praised by everybody; because the people are always taken by what a thing seems to be.” In other words, the ruler need not even construct his own narrative: his subjects will do it for him. In the process, they may disregard their own well-being, possibly the evidence of their own eyes.

Let me end on a more positive note. Machiavelli illustrates his political paradigm with a range of exemplars, from formidable figures like Cesare Borgia to obscure princelings. But his model ruler, fulfilling a very different, very serious programme under cover of a public fiction, would be a heroic figure, uniting the fragmented Italy of the day and restoring the glory of the old Roman empire.

It was another 300 years before Italy was united; and some 50 years afterwards, it lapsed into fascism. We in India are blessed by contrast. We are united as a nation, even if within a divided subcontinent. We have enjoyed over 70 years of democracy, under one of the world’s best Constitutions. Even the Machiavellian model might serve to uphold this course of history.

Mahatma Gandhi and the art of disobedience