Advertisement
Home / Opinion / Nothing in common

Guests at the function noticed that Manmohan Singh remained silent throughout the proceedings, avoiding any conversation with anybody 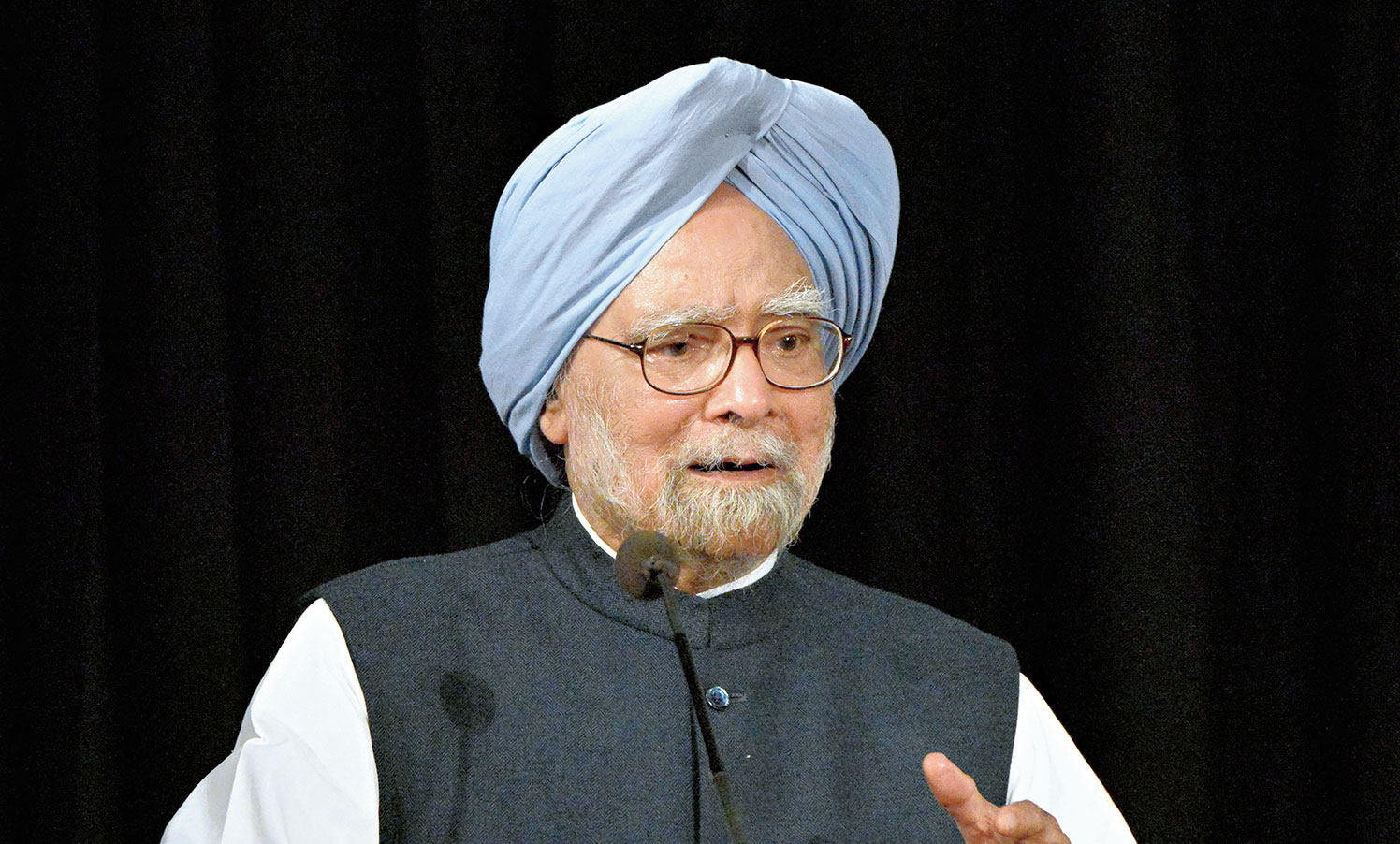 The vice-president of India and the chairman of the Rajya Sabha, M Venkaiah Naidu, hosted a lunch this week on the occasion of the 250th sitting of the upper House of Parliament. The top dignitaries were carefully seated together, but that became extremely uncomfortable for the leaders. At the table with Naidu himself were the former prime minister, Manmohan Singh, the Union home minister and Bharatiya Janata Party chief, Amit Shah, the Congressman and the leader of the Opposition in the Rajya Sabha, Ghulam Nabi Azad, and the Nationalist Congress Party chief, Sharad Pawar.

Guests at the function noticed that Manmohan Singh remained silent throughout the proceedings, avoiding conversation with anybody. The reason was obviously the presence of Shah, with whom the former PM has neither any personal acquaintance nor any political affinity. Even Shah did not make any attempt to strike up a conversation with him. Manmohan Singh is anyway a quiet and reserved person, but he is also said to be very choosy in the associations he makes. He is also not known to fake interest in somebody he ostensibly does not like. After becoming the PM, he refused for a long time to interact with the BJP veteran, LK Advani, even as Congress leaders tried to persuade him to have a working relationship with the then leader of the Opposition, which was a systemic requirement. Manmohan Singh had also been saddened that Atal Bihari Vajpayee, with whom he shared a rapport, became unwell and stopped coming to Parliament.

While Azad, too, largely remained silent at the lunch, the bonhomie between Pawar and Shah surprised everybody. There was no bitterness between the two even as Pawar had just snatched Maharashtra from the BJP under ignominious circumstances. 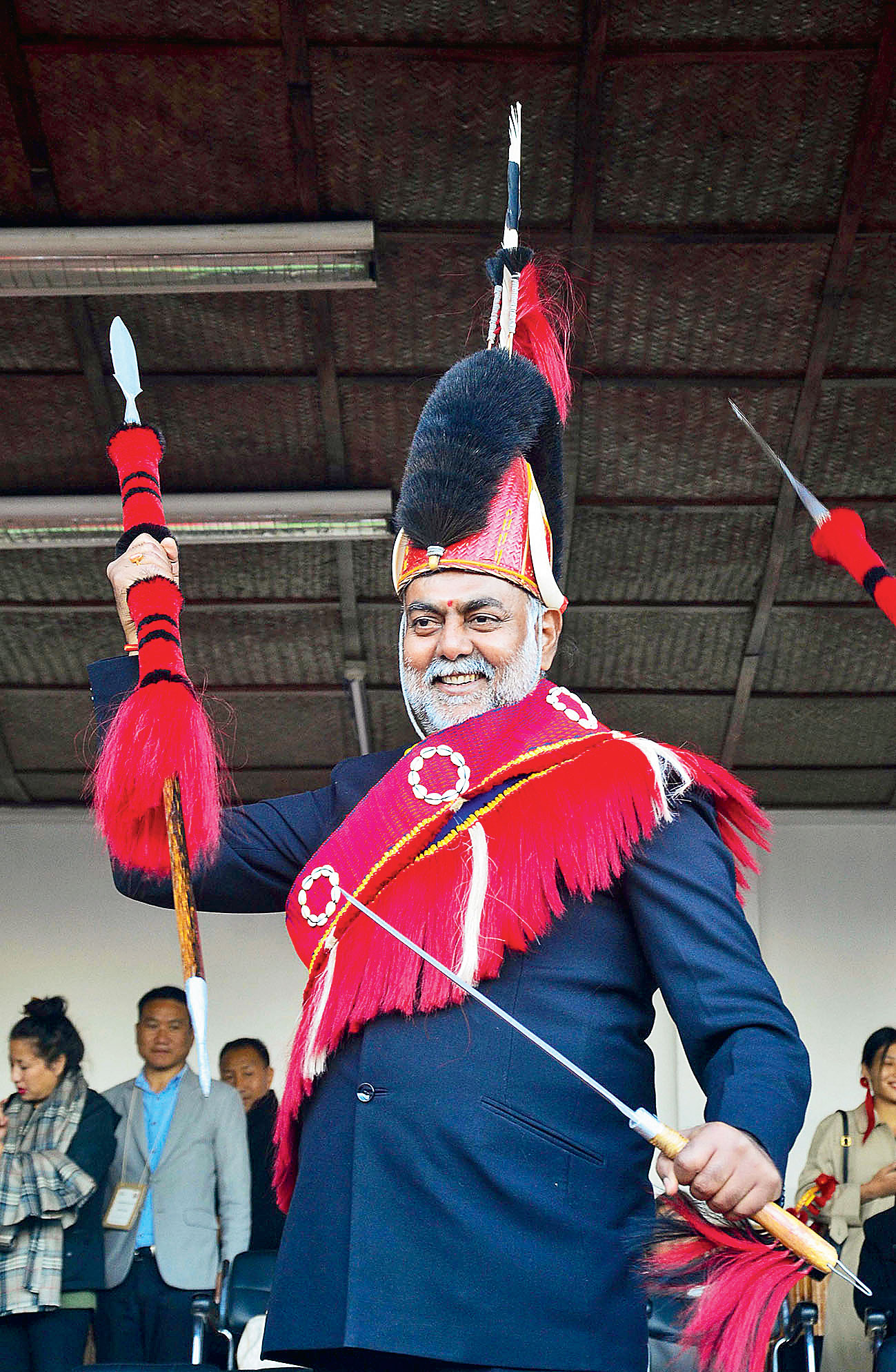 Prahlad Singh Patel wears the traditional Naga attire presented to him on the fourth day of the annual Hornbill festival, at Kisama near Kohima, on Wednesday.
(PTI)

This is no country for journalists. The Centre has milked the centenary of the Jallianwala Bagh massacre to usurp the legacy of the anti-Rowlatt Act stir from the Congress. Its overdrive left scribes fuming at an event earlier this week. Last month, Parliament passed a bill to exclude the Congress president from the trust that manages the memorial in Amritsar for the hundreds who were shot dead by the British Indian Army in a crackdown against Congress-led protests in Punjab against the draconian anti-terror law.

Following the passage of the amendment, the minister of state (independent charge) for culture and tourism, Prahlad Singh Patel, brought soil from the memorial and handed it over to the prime minister, Narendra Modi, in Parliament. Last Tuesday afternoon, a press conference was called at the National Museum. Upon reaching the spot, journalists realized that the presser was for the installation of the urn — which has no archaeological value — in the museum. Moreover, the staff of the National Museum were unaware that any press meet was to take place, and the minister and his entourage were nowhere to be found. Most scribes cursed their luck and headed to an event by the Union women and child development minister, Smriti Irani. Patel later installed the urn and a customary press release was sent out.

The Congress made the special protection group (amendment) bill, 2019 all about the removal of the SPG protection from the Gandhi family troika, and many in the Opposition backed the Grand Old Party on this subject on the floor of both Houses of Parliament. However, the whispers in the corridors of Parliament focused more on the subtext that went largely unmentioned: that it is also aimed at Narendra Modi’s wife Jashodaben. According to the new law, which was passed by the Rajya Sabha recently, the SPG will provide security to the prime minister and members of his immediate family residing with him at his official residence — not those who live separately.

Jashodaben, who was never mentioned till 2014 — by this time, it was mandatory for electoral candidates to mention their marital status — has been provided with security since Modi became the nation’s premier. She had complained about gun-toting SPG personnel following her around, stating that she and other family members often had to cook and make beds for them. She had also filed applications under the Right to Information Act seeking clarity on the security cover provided to her and what exactly she was entitled to.

The Chhattisgarh chief minister, Bhupesh Baghel, strongly feels that the Congress should snatch all the religious and nationalist symbols from the BJP, which was only using them to polarize the people and grab power. He has been telling colleagues that the Congress made a big mistake by keeping a distance from these symbols and leaving the entire field open for the BJP. Be it Lord Ram or the cow, Baghel believes that the

Indian psyche is deeply associated with them and no party can afford to delink its politics from these symbols. He insists that Ram and the cow were misused as tools for communal politics by the Rashtriya Swayamsevak Sangh and the BJP only because other parties allowed an impression to gain ground that they are apathetic. Baghel has launched several schemes for the cow and has been trying to push the BJP out of the frame on issues related to nationalism too. He says traditional nationalism is not communal, and the BJP’s attempt to present Indian nationalism as Hindu nationalism must be resisted. He hopes to snatch Ram and the cow from the BJP, at least in Chhattisgarh.

Santhali was heard in the Rajya Sabha for the first time on Friday, when the Biju Janata Dal’s Sarojini Hembram opted to speak about Raghunath Murmu in that language as a tribute to the man who dedicated his life for the protection and promotion of the Santhali tongue. Special arrangements had been made for the translation of Hembram’s speech during zero hour, with the help of a PhD student. Hembram drew loud applause and M Venkaiah Naidu listed the occasion as another first for the upper House.