No woman from Kerala made it to the Tokyo Games 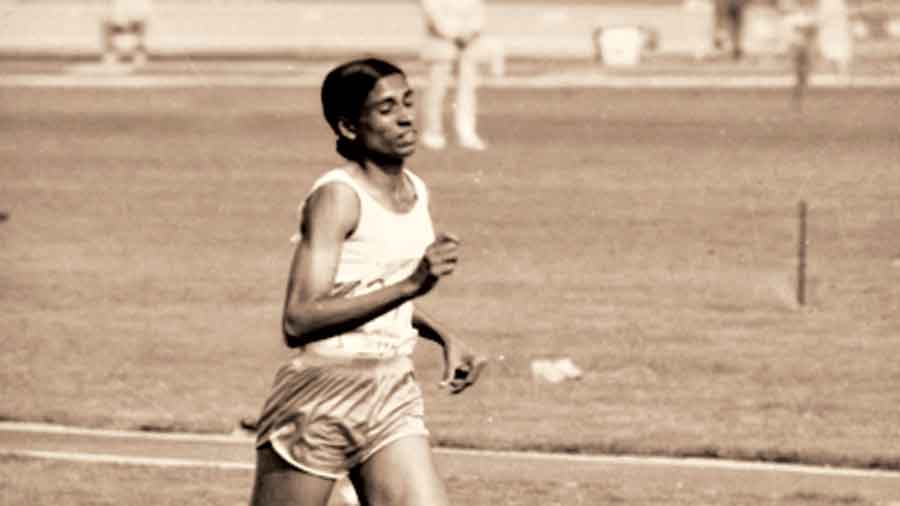 A second could be an eternity in sports. But on that sultry August evening in 1984 in Los Angeles, one-hundredth of a second was enough to stand between glory and despair for more than a billion Indians.

It was truly a run into history. A tall and lanky 20-year-old, with a tongue-twister name, Pilavullakandi Thekkeparambil Usha, missed her tryst with destiny to become India’s first woman Olympic medallist by the narrowest of margins in the country’s sport history. After crossing the finishing line together, a determined lunge at the photo finish helped Romania’s Cristieana Cojocaru beat Usha by 0.01 seconds to win the bronze in the 400 metres hurdles. Years later, Usha rued how she had run out of energy in the last 35 metres. The villain was her non-nutritional diet at the Olympic camp consisting of just kanji and kadumanga (rice porridge and her home-made mango pickle) for more than a week. She was forced to depend on this as no Indian food was available at the camp and she couldn’t stand the American baked potatoes and boiled chicken. She had no clue about nutrition issues and there was none to advise her either. Compare this with India’s Tokyo Olympic medallist weightlifter, Mirabai Chanu, who received such support for five years as the services of a famed conditioning coach and physio in the United States of America for which she was flown out a day before that country imposed restrictions on Indians. A daily fruit-and-fish diet comprising salmon, tuna and pork belly — all imported from Norway — was also ensured for her.

The LA Olympics turned out to be the moment of her greatest disappointment; but it also made Usha India’s greatest woman athlete.

For no Indian woman athlete has come nearer to her record in a track-and-field event even today although the weightlifter, Karnam Malleswari, became the country’s first woman Olympic medallist at Sydney 16 years later. India’s sprint queen reigned on Asian tracks for two decades, harvesting records and medals aplenty. The ‘Payyoli Express’s’ was much more than a personal achievement. She set a trend. Hundreds of Kerala girls from similar humble backgrounds were inspired to flock to sports to not only compete but also fight their own wretched living conditions. Consequently, India’s athletic world came to be dominated by Malayali girls from then. From Usha making Malayali women’s Olympic debut at Moscow in 1980 to that of her protégé, Jisna Mathew, at Rio 2016, as many as 19 Kerala women have worn India colours in the past 11 Games. Usha participated in three Olympics; her famous contemporary, Shiny Wilson, made it to four. Their successors, K.M. Beenamol, made it to three while the long-jumper, Anju Bobby George (the only Indian gold medallist at the IAAF World Athletics), the middle-distance runner, Chitra Soman, and Usha’s trainee, Tintu Luka, attended two each.

Tokyo Olympics 2020 would go down in history for various reasons, including its being held in 2021 due to Covid-19. But for Kerala, it would be historic as the first Olympics in four decades without a single woman competitor from the state. That too when the 127-member Indian squad boasted of a record 56 women. The 18-member athletic team included nine women. In a reversal of tradition, the Indian squad this time had a record nine men, including seven athletes from Kerala, where sports has long been dominated by women with 14 of them figuring in the state’s total of 16 Arjuna award winners.

Most athletes, coaches and officials in Kerala blame it on the pandemic and the lockdown that deprived them of sufficient training, workout, competitions and travel. Tournaments were cancelled and there were restrictions on mobility. The postponement of the Tokyo Olympics by a year was welcomed by the sporting community as it was expected to provide it with more time for preparations. But the persistence of the pandemic perpetuated the restrictions. Since there were no competitions, Usha conducted meets at her school of athletics in Kozhikode from last September for her 20-odd wards. With her school and its synthetic track securely surrounded by hills, Usha’s trainees were India’s first athletes to resume training after the lockdown. Yet, it did not go as expected as the unrelenting virus caused further lockdowns. Usha says that the pandemic completely truncated her wards’ practice schedules as social distancing and the wearing of masks killed training protocols.

This, however, begs a question. Why then the record rise in the number of men who made it? Surely in Kerala too, every hurdle happens to be far more challenging for women than men on account of entrenched inequities. In spite of the better performance on the conventional indicators of health and education, the high incidence of domestic violence, a high suicide rate among women, low employment rate et al expose Kerala’s patriarchal underbelly. According to a research paper on the relationship between patriarchy and sports in Kerala, “gendered practice of sports marginalizes women in multiple ways.”

Besides the pandemic, many detect a falling interest among Kerala’s girls to join sports compared to the past. With economic prosperity and lower number of children in families, parents’ priority is studies over sports.

The primary reason for the waning interest appears to be the rise in Kerala’s general economic status since the 1990s. For long, sports was one of the attractive professions for Kerala’s youngsters dogged by poverty and high unemployment. It offered a passport to jobs and livelihood for Kerala’s youth, much like it did for the young footballers of South America. Most of Kerala’s famed sportspersons have come from poor families who live in hilly regions; they are thus physically stronger, making them suitable for endurance sports. The routine run to and from school through rough terrain makes them potential athletes. Kerala women’s advancement in sports also has to do with the generally better indicators like sex ratio, female literacy, life expectancy, higher age of marriage and lower infant and maternal mortality rates, notwithstanding the state’s patriarchal trappings.

Most women athletes happen to come from lower middle-class Christian farming families settled in the high ranges. Socially progressive than others, Christian families and churches have always encouraged girls to acquire education, take up sports or jobs like nursing to which Hindus and Muslims were indifferent due to caste and religious prejudices. Kerala’s women — mostly Christians — have traditionally excelled across the country and abroad as nurses. Kerala’s Christian community has provided the country with the largest number of nuns. Since the 1970s, with the state setting up a string of sports schools and organizing more competitions, they began to look at sports as a livelihood option.

But with rising economic prosperity, physically demanding and less-paying professions are becoming unattractive in Kerala in spite of high unemployment. This and Kerala’s high wages have led to a huge inflow of migrant labourers from other states to take up manual jobs. According to a report, there has been a 40 per cent drop in the number of nuns and priests from Kerala. Ditto with the number of nurses getting registered or migrating abroad, according to a study by the World Health Organization. Once among India’s poorest states, Kerala has gone up economically since the 1990s and is now one of the five most prosperous states, thanks to the flow of remittances from the Malayali diaspora in the Gulf. Kerala’s per capita income in 2019 was 1.5 times higher than that of the national average with annual remittances crossing Rs 1 lakh crore that formed 30 per cent of the state’s GDP. Girls being encouraged to take up sports would be the least priority for most middle-class families.

Pursuing sports for survival must have been affected by other factors, such as the fall in population (Kerala had the lowest decadal growth rate in the 2011 census) and the rise of the nuclear family. There is another new trend: the declining sex ratio at birth in contrast to the state’s overall picture of females outnumbering males. Kerala saw the sharpest fall among major states in the last five years, according to the latest National Family Health Survey report. It fell to 951 in 2019-20 from 1,047 in 2015-16, while Kerala had the highest overall sex ratio — 1,121 — among the major states, up from 1,049 during NFHS-4.

The author, a senior journalist based in Trivandrum, has worked with various print and electronic media organizations