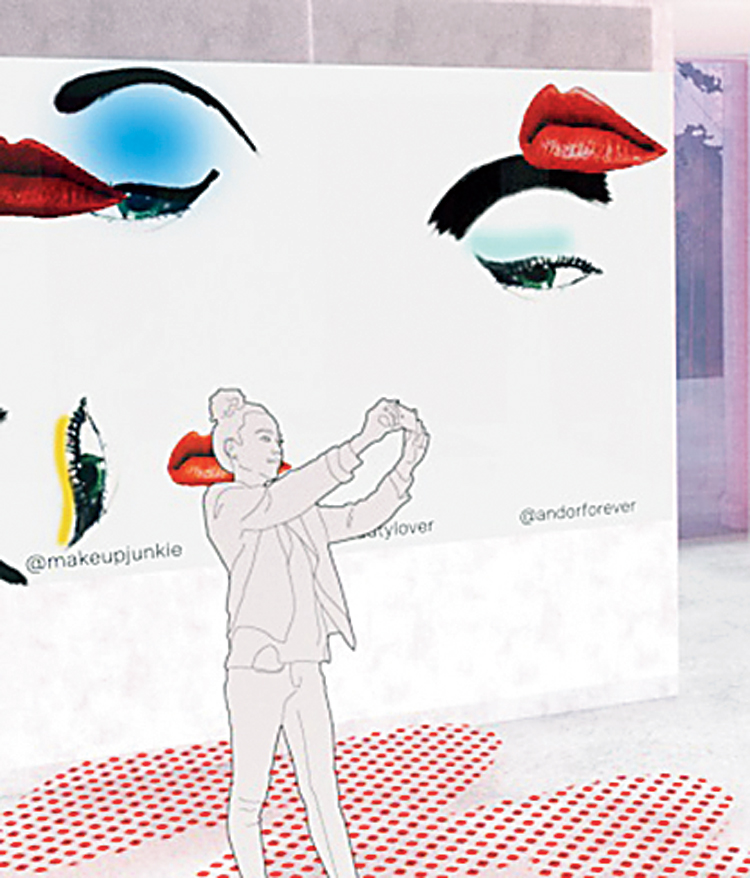 The world’s first makeup museum is scheduled to open in May 2020, in the Meatpacking District of Manhattan
Source: Makeup Museum website
Suhashini Sarkar   |   Published 06.12.19, 08:29 PM

The world’s first makeup museum is opening in New York City in May 2020. It will be located in the Meatpacking District of Manhattan. “The Makeup Museum is a critical institution for the cultural landscape in New York because makeup has a 10,000-year history,” says Doreen Bloch, the executive director and co-founder of the museum. The latter will be dedicated to “exploring the history of beauty and its ongoing impact on society” through large-scale exhibits, events, and interactive and purchase-worthy items.

“The 1950s is a perfect time period for the Makeup Museum to start with in the debut exhibition because the 1950s is the birth of the modern cosmetics industry,” said Bloch. Apart from her, the museum brings together key names from the beauty and makeup industry such as Caitlin Collins (former editor of www.makeup.com), Rachel Goodwin (celebrity makeup artist), and advisors including Gabriela Hernandez (the chief executive officer of Bésame Cosmetics), Kate Hawkins and Carr Chadwick (And Or Forever).

Brand sponsors of the museum will present never-before-seen public elements of makeup history, such as Erno Laszlo’s collection of facial products used by Marilyn Monroe and Greta Garbo. “It will be so powerful for people to understand the significance makeup has, and its integral part of every culture in the world. As a makeup artist, I am so excited to be part of this,” says Goodwin.

Thanksgiving is always followed by Black Friday, a day of big discounts and sometimes even stampedes. It is the largest retail shopping day of the United States of America. According to the History channel, the name was first used to describe an 1869 financial crisis in which corruption and stock fraud caused the US gold market to collapse. At that time, the market plummeted by 20 per cent in a single day. However, about a century later, the police in the city of Philadelphia started calling it ‘Black Friday’ to describe the crowds on the streets post-Thanksgiving.

Stores, of course, jumped on this increased traffic to boost sales. Newspaper advertisements were using “Black Friday” to lure eager shoppers as early as 1966. By the 1980s, the phrase began spreading nationwide, with retailers in every city setting their biggest deals for the day after Thanksgiving. Now, Black Friday is worth $6 billion, with more than 160 million Americans swarming to shops during the Thanksgiving weekend in 2018. The total online sales figures are up by a fifth of last year’s figures (about 20 per cent) and Cyber Monday sales on December 2 were expected to break records at a record $9.4 billion. Adobe Analytics is known to track sales data for most of the US’s biggest online retailers. While shoppers took to the streets, Black Friday also prompted demonstrations from environmental activists as well as anti-consumerism and workers’ rights protests.

There is nothing like celebrating the holidays in New York by riding a vintage train car. This year again, the New York Transit Museum is placing its vintage 1930s subway car in regular service every Sunday from Thanksgiving through to the New Year. This ‘Nostalgia Train’ is hosted by the NY MTA and the NY Transit Museum starting in a subway station in Brooklyn Heights. Since 2007, the wintertime Nostalgia Train has become an underground attraction, with riders showing up in costumes from the 1930s. Swing bands have also performed on the old trains.

The Nostalgia Train is made up of eight New York subway cars that were in service from 1932 till 1977. Three of these, from the 1930s, usually reside in the Brooklyn-based NY Transit Museum, which takes them out on a special-occasion-only basis. The trains are so historic that only a handful of experts know how they function. But the light bulbs have all been replaced, and the ceiling fans are all running.

Subway trains in New York do not usually stand at a station for longer than a minute or two, but this one stops for photos for at least a few minutes. In summer, the Transit Museum does fundraising events featuring vintage train rides to beach destinations such as Coney Island.

The First Lady of the US, Melania Trump, unveiled the White House Christmas decorations for this year, and they are a far cry from the blood red coniferous trees from last year. This year’s theme is patriotic, white and bright, introduced to the public amidst the impeachment proceedings against the president, Donald Trump. Melania tweeted a video on December 2 in which she shows the decorations, including bright gold-and-white trees, plentiful white flowers and a mini-replica of the White House decorated with tiny wreaths. In the clip, titled “The Spirit of America”, she walked through the decked-out halls, admiring the arrangements, which were put together by volunteers.

This year’s decor features an ornament echoing Melania’s ‘Be Best’ initiative. There is also a tree dedicated to Gold Star military families and etchings of 60 buildings that exhibit American innovation, including the Woolworth Building in NYC and the Space Needle in Seattle, per the Associated Press. “‘The Spirit of America’ is shining in the @WhiteHouse! I am delighted to share this beautiful exhibit of patriotism for all to see, and excited for everyone to experience the beauty of the #Christmas season!” she tweeted.

Visitors can book ‘rest sessions’ in basic, deluxe and premium suites of a nap lounge
(Shutterstock)

When you are out and need to relax, sometimes a nap is all you need. ReJuve is the new nap lounge in the Loop mall in Chicago. Visitors can book ‘rest sessions’ in basic, deluxe and premium suites for 30-, 60- or 90-minute stays. The basic package involves a semi-private nap pod while the premium suite is a private room with a Tempurpedic bed, noise-cancelling headphones and an eye mask. The deluxe offering includes a semi-private nap chair and noise-cancelling headphones.