The institution most threatened by Covid-19 is the public university 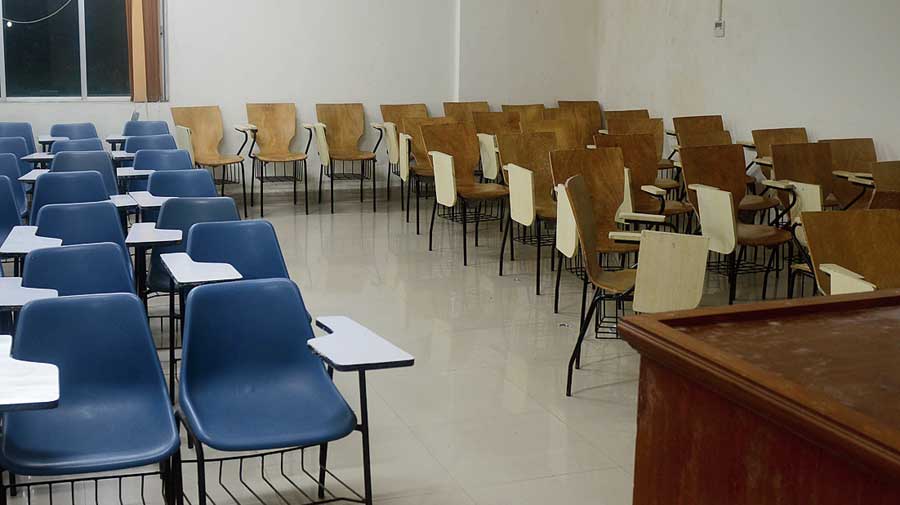 Newspapers report that from next week on, people over sixty will be eligible for vaccination as will those over forty-five with conditions that make them vulnerable to Covid-19. Setting aside, for a moment, questions about the efficacy of the vaccines available, vaccination holds out the prospect of a return to normalcy. It might take a year or more to vaccinate a population as large as ours, but it’ll happen.

When it does, will we return to the world as it was or will some of our routines and behaviours have changed permanently? The Western press is full of reports about the death of the office, for example. There is talk of urban flight, the measurable decline in the populations of great cities like London and New York, and the accelerated extinction of downtown areas as people get used to shopping online.

A piece in The Wall Street Journal argued that the gathering places that made expensive cities like New York attractive — theatres, museums, libraries, restaurants and bars — have lost their patrons and might go under before they regain them.

There is talk of converting office buildings into condominiums as companies build upon their pandemic experience of working from home and cut costs by leasing less workspace. This could have a knock-on effect as the cafes, street vendors and shops that exist to serve office workers during their lunch breaks or their journeys home lose their customers. The economic life of a great city, organized over decades around commuter routines, might have to be re-ordered and there is no guarantee that the transition won’t create swathes of urban desolation.

It’s hard to know how much of this is speculative doomsaying and how much will actually come to pass. Speaking from the very particular experience of a salaried academic about to retire, some changes seem more likely than others.

Shopping for consumer durables has shifted, irreversibly, online. There’s an electronics megastore in my neighbourhood, part of a big-brand chain, that’s scheduled for extinction if my shopping habits are a sign. From buying from it, I had shifted to using it as a convenient exhibition space where I could check things out before ordering them online. During the pandemic, thanks to my learnt fear of indoor spaces, I cut out the intermediate step — physically inspecting the object of desire — and went directly to buying it online. And once consumers my age unlearn a lifetime’s need to touch something before buying it, renting expensive retail space to sell razors or refrigerators makes no economic sense.

Shops that sell things that you want to try on for size like clothes or shoes or spectacles or jewellery will multiply. Even before the pandemic, my neighbouring market had become a phalanx of monstrous jewellery shops; now they have competition from deluxe opticians. I’ve learnt that for Delhi’s affluent elite, spectacles are a form of jewellery. The difference between an optician’s shop and a jeweller’s shop in Delhi is that only one of them has a man with an obsolete shotgun standing guard.

There is a commercial on television peddling an app that allows people to try on spectacle frames virtually, so it is possible that these peddlers of grotesquely overpriced plastic might go bust. But conspicuous consumption is best done in public spaces so once the pandemic ends, I suspect Delhi’s rich will go back to buying Hermes frames for wads of cash at BonTon.

The retail trade will adapt to the patterns of consumption forced on us by the pandemic but the institution most threatened by lessons drawn from the pandemic is the public university in India.

I have been lecturing online for just over two semesters now and virtual teaching works... after a fashion. The questions about it that were raised when online teaching began have been mostly answered. Most of my students ‘attend’ my lectures using their phones, so the earlier objection that not owning a computer would limit attendance doesn’t have the same force. Some students can’t attend either because cellular connectivity is poor where they live or, as in the case of Kashmir, because it’s throttled by the State. Generally, though, a large majority of students regularly log on.

The absence of a library is not so acutely felt because lecturers can use university subscriptions to online repositories like JSTOR to download readings, which can be emailed to their students. Beyond legal downloads, there are pirate libraries like Libgen that are an invaluable archive of accessible published work. University libraries aren’t just book repositories; they are also places to read and reflect and whisper in. But in a functional way, you could argue that technology has made it possible to deliver lectures, conduct tutorials and organize examinations online. I’m currently correcting handwritten examination papers downloaded from a university server.

So if you were a University Grants Commission official who thought online university teaching was a good idea but didn’t know if the existing infrastructure would support it or whether students and teachers would adapt to it, the pandemic has just conducted a gigantic stress test/dress rehearsal and it has, sort of, worked. Nobody likes it; my students recently boycotted classes for a couple of days because they want a return to in-person teaching and most teachers I know find daily remote teaching frictionless and alienating. Colleges are meant to be collegial; fellowship and camaraderie are hard to achieve in the absence of shared physical spaces.

But for the sarkari bean counters who have been slashing the budget for public universities for years now, the online experience, forced on universities by the pandemic, isn’t just an interregnum; it is a precedent. The main object of all governments in the recent past has been cutting investment in higher education by saving on teacher recruitment and physical infrastructure.

Virtual teaching driven by Massive Open Online Courses has been the fantasy solution to undesirable university expenditure for some time now. The online experiment forced on us by Covid makes this fantasy seem plausible. In my gloomier moments, I see a future where the public university is merged with remote learning programmes to create a hybrid where the physical infrastructure of the university is confined to its administrators while the actual business of teaching and learning happens in an anonymous online wasteland underwritten by Google Meet. We must hope this never comes to pass but given the hostility of the Indian State towards free thinking public universities, this is likely to be the direction of travel.