New lines being drawn in Kashmir

The demand for the restoration of Article 370, much like that of autonomy, could well be transformed into a long-standing political plank for the NC and the PDP 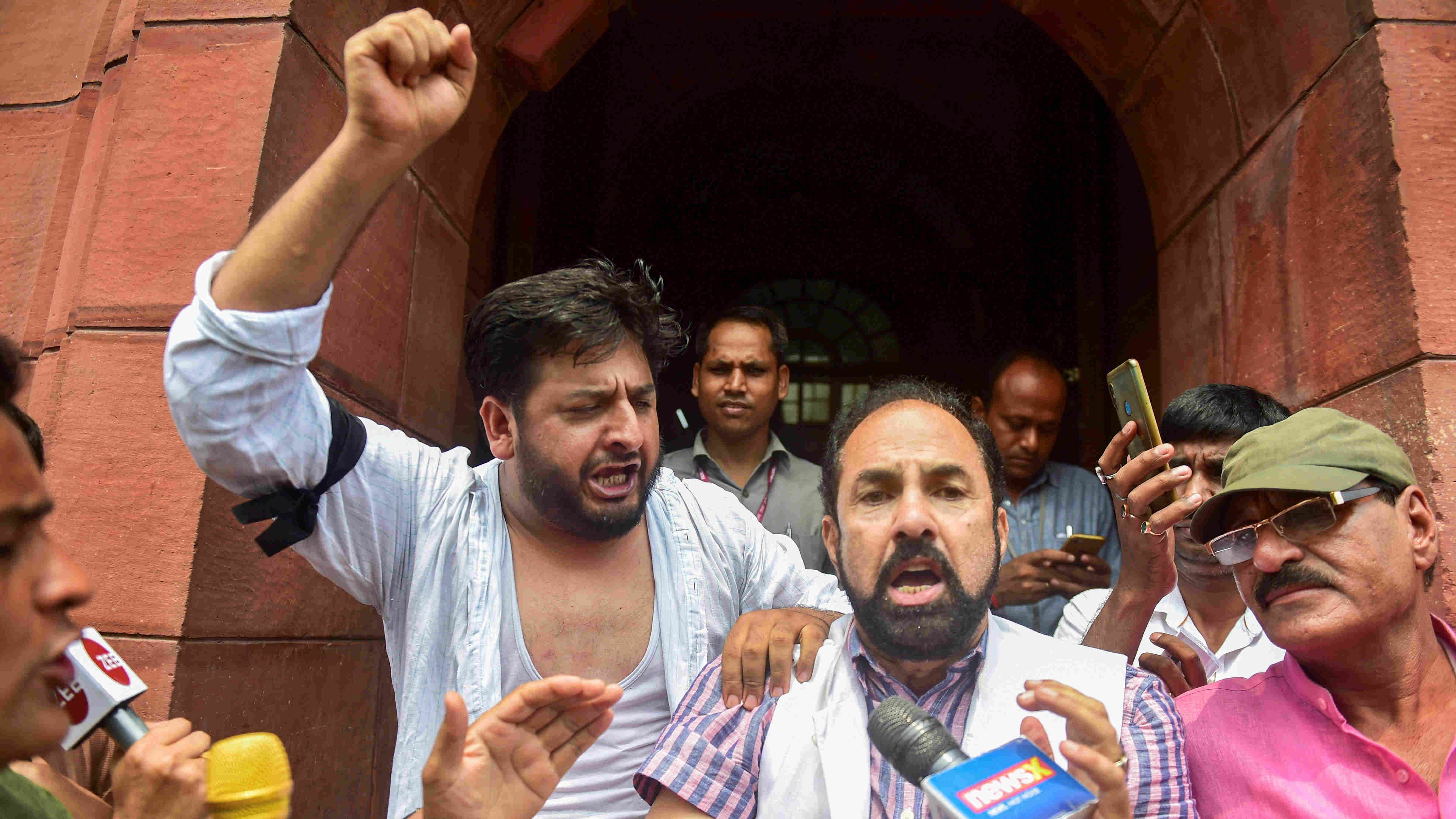 On August 22, six major parties in Jammu and Kashmir got together to issue a joint statement that called for the rollback of the constitutional changes of August 5, 2019. The parties were unable to meet to discuss the statement. So they worked their phones to arrive at a common stand. But few in Kashmir expected the statement to be so unequivocal and evocative. The use of such phrases to describe the August 5 decision by the Centre as “spitefully short sighted”, “measure to disempower”, “times of pain” and so on reflected the deep sense of hurt and humiliation being felt in Kashmir over the loss of autonomy.

Lending the statement — also called Gupkar Declaration 2.0 — its significance is that the parties signing it make up almost the whole of the political mainstream of J&K. It included the National Conference and the Peoples Democratic Party, the two leading establishment parties, the Congress along with smaller outfits like Sajad Lone’s Jammu and Kashmir People’s Conference, the Communist Party of India and the Awami National Conference. This makes the Gupkar Declaration an articulation of the predominant public sentiment in J&K, especially in the Valley. Does this increase the odds of its resonance with New Delhi? Not at all. More so when the Union government is run by the Bharatiya Janata Party that has withdrawn Article 370, which granted J&K its semi-autonomous status under the Constitution.

While there’s little possibility of the Centre changing its mind, the nature of the post-Article 370 dispensation in the region has made it impossible for political opposition to the August 5 intervention to have a decisive impact, let alone succeed. The only way mainstream parties could have undone some of the administrative and legislative changes over the last year would be for these parties to form a majority government if J&K were a state. But in a Union territory, even if they were to secure a landslide majority in a future election, the parties will remain subservient to the lieutenant-governor.

Making things further difficult for them, the Centre in a new order has put even the police and the IPS beyond the remit of a future chief minister. Moreover, the Centre, as looks likely, may prolong this state of affairs by indefinitely delaying the restoration of statehood. The restoration may not take place before there is certainty that Kashmir’s political parties are not in a position to undo any law or order passed during lieutenant-governors’ rule.

There are concerns that New Delhi seems to have a plan in place. The Hindu-majority Jammu division is to be given parity and, subsequently, a majority in a future state assembly. This is to be accomplished through an electoral and demographic re-engineering of the Union territory. To this end, the Centre has set in motion the delimitation of J&K whereby Jammu, it appears, would be given greater legislative representation in the assembly. In the erstwhile J&K state assembly, Kashmir Valley, with a population of around 70 lakh, had 46 seats; Jammu with a population of over 53 lakh, had 37 seats; Ladakh, with 2.74 lakh people, had 4 seats.

More seats for Jammu can change the composition of a future assembly and create political parity between Kashmir and Jammu. This will make it difficult for a Kashmiri party to undo any legislative or administrative changes made over the last year. Considering that the new domicile rules have thrown J&K open to settlement by people from other states, the anticipated demographic change is expected to further move political power away from the Valley and be vested in Jammu.

One option for mainstream political groups would be to mount a sustained public resistance against the erasure of special status. But there are valid doubts about the scope for such resistance at a time when the Centre has squeezed the space for any democratic dissent. The signatories to the Gupkar Declaration are mindful of this fact: they issued a joint statement but refrained from calling for a peaceful protest, a public rally, a press conference, or a hartal. Even if the parties were to mobilize public opinion against the withdrawal of Article 370, their ability to force a shift in the Centre’s policy will be minimal. They are up against a new national consensus on Kashmir that sees the ‘integration’ of the former state as fait accompli.

The demand for the restoration of Article 370, much like that of autonomy, could well be transformed into a long-standing political plank for the NC and the PDP. This could be a gain for New Delhi, for autonomy and self-rule demands concessions that went beyond the special status enjoyed by J&K under Article 370.