Narcissism is a useful example of the banality of evil 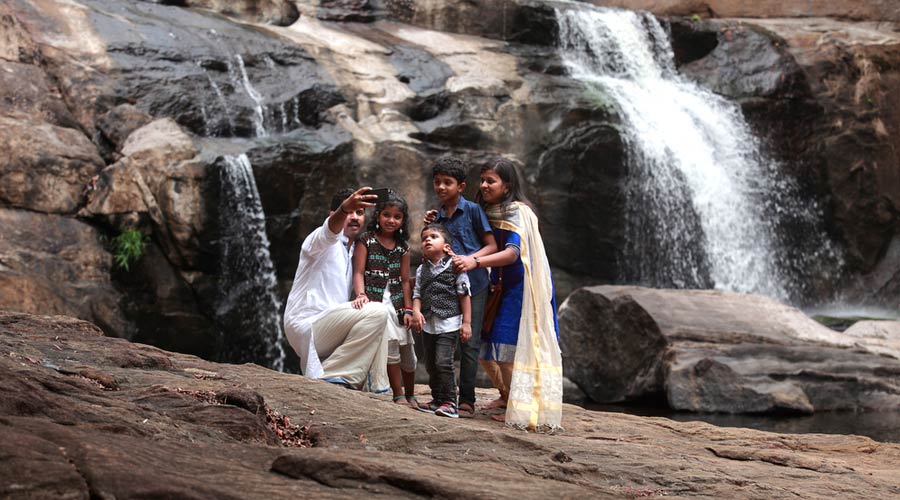 The photographer jumping on a man shot dead by policemen in Assam on Thursday is a creature of two intersecting histories. The first is the history of State-sponsored majoritarianism, which in India generally and Assam particularly, is beginning to devolve into a form of fascism. The photographer knew that stomping on Muslims, dead or alive, was sanctioned by the zeitgeist. But he was also performing for the camera in a way that is the signature behaviour of this digital age.

The clip that went viral is, in itself, an example of the ubiquity of cameras in our world. You first see the photographer stamp on the man. Immediately afterwards, a policeman hits the prone body with his lathi as if in corroboration. The photographer then knees the dead man, punches him and is ushered away by policemen. Another cameraman moves into the frame, inching up to the body to get a closer shot. Abruptly the stomping cameraman reappears. He takes a running jump and lands on the dead man with a bullet hole in his chest, overshoots and then returns to assault him. A policeman leads him away for a second time.

That makes at least three camera persons embedded in the armed police party responsible for the evictions and the subsequent firing. And that’s not counting the cameras in the phones likely carried by everyone on the scene. If we didn’t live in a world where every other act gets videoed and turned into a home movie for someone’s delectation, the dead Muslim would likely still have been killed by the police but the photographer wouldn’t have done his ghoulish death dance: that was an act of performative depravity rooted in the idea of an audience.

We have been here before. A few years ago, there was a video of middle-class men calmly beating ragged Dalit workers with metal slats and filming themselves in the act. The provocations on Indian news channels are forms of performative depravity, as are the political pronouncements of the more brazen representatives of the majoritarian right.

But this sense that we are continuously performing for an imagined community of unseen eyes isn’t political; it’s a function of the coming together of phone cameras, cellular connectivity and social media. This does two things: one, it amplifies narcissism because people can share themselves and their doings online, instantly, and two, it creates a peculiar disjunction between their here-and-now, that is to say, their corporeal lives and their digital avatars. (It’s interesting that when we’re not online, we acknowledge in our minds that we are ‘offline’; our engagement with the physical world of taste and touch and smell is now described, by default, as a state of disconnection.)

This increasingly gets people to do things in their off-line lives that they wouldn’t do otherwise, for the sake of their online personas. The person who walks up to the edge of a cliff to take the perfect selfie and falls off is only the most extreme example of this growing conviction that the physical world exists to supply us with props for our online lives.

Alexandria Ocasio-Cortez, the progressive socialist who represents New York’s 14th district in Congress, created a social media splash when she attended a swish gala at the Metropolitan Museum’s Costume Institute in a long white dress with ‘Tax the Rich’ emblazoned in red on its back. A pundit in a conservative British newspaper grudgingly conceded that right-wingers denouncing AOC for hypocrisy — swanning about with the rich and famous while railing against them — missed the point and misread her audience: she was using a real world ‘do’ as a platform to perform and get her message across to a larger audience online.

This hyper-awareness of an audience is now existential: ‘I perform therefore I am.’ Everything we do, including eating meals cooked by others, is Instagram-able. I have a friend who constantly shares dreadful portraits of himself wearing his best ‘camera face’ with no self-consciousness because he clearly believes that there is no such thing as a bad ‘view’ or ‘share’ or ‘like’ or ‘follow’. They all count… literally.

It’s pointless being superior about this because we are all implicated. In the old days of non-digital photography, when I sent off camera rolls for developing and then got the prints in the mail, I was always exasperated by the idiot pictures I had taken of the Qutub Minar or the Amber Fort because I didn’t figure in them. In my absence, they were just bad amateur postcards. Selfies pre-empt this problem; they foreground you, with the world assigned its proper place in the background as an anchoring detail.

Selfies are like late-medieval paintings in European museums, when an exclusive focus on Christ or Mary gives way to pictures with landscapes worked into the composition, visible through casements but still dwarfed by its iconic subjects. Selfies have reached the same point in a reverse journey: Western art moved outward from the iconic image to the landscape; we are receding from pictures of the world around us into the voids of our nostrils.

There is a banality to online narcissism because it reduces the world to your presence in it. Nothing matters, except being there and letting people know that you were there. This is what the photographer did: he photobombed a man’s death. We can see from his actions that he enthusiastically endorsed the police firing but approval wasn’t enough: he needed to be in the moment, in the frame. Narcissism in this degree is a useful example of the banality of evil. In the photographer’s mind, he jumped on a what, not a who, a prop, not a person.