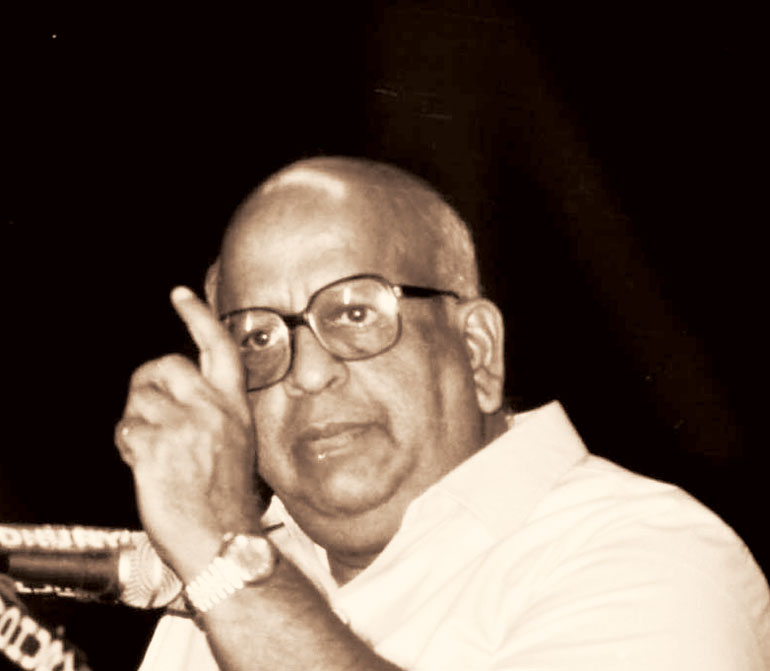 Former chief election commissioner T.N. Seshan represented the flip-side of a lax culture of informality — where the gaps in the law were weaponized to keep political parties in check
The Telegraph file picture
Arghya Sengupta   |   Published 19.04.19, 02:31 AM

When Winston Churchill stood for re-election as prime minister in 1945 after leading Britain to victory in the Second World War, few could have predicted his resounding defeat at the hustings. Churchill was the same fiery, belligerent and all-powerful leader inspiring awe amongst his countrymen. Yet the country had slowly but surely changed when nobody was watching. Instead of Churchillian bluster, it sought out the calm and stable influence of Clement Attlee for the arduous post-war rebuilding exercise.

Something analogous, albeit less dramatic, appears to have taken place with the Election Commission of India and the conduct of the 2019 general elections. The Commission is largely the same — three retired and respected former bureaucrats going about their jobs in a largely anonymous manner. Yet the nature of the general elections has changed dramatically.

Foremost amongst the changes is the unchecked growth of social media. Minors apart, each social media user today is not only a voter but also a votary, capable of disseminating her views publicly for anyone who cares to listen. Although doing so effectively amounts to campaigning for their candidate of choice, a vast majority of them are not linked formally to their candidate or to a party. This means that existing laws relating to campaign restrictions, as they stand, will not apply. This anomaly means that irrespective of whether the biopic on Narendra Modi or KCR can be released in theatres, it can certainly ‘release’ on the internet and find its way very soon to a mobile phone near you. Instead of proactively looking for solutions to this problem that has remained unresolved since 2014, the Commission merely asked social media companies to come up with a voluntary code of ethics. This mandate to the companies to be good was not only too little, too late, it was altogether too timid.

It is unsurprising that the Commission’s appearance of timidity has been taken advantage of. Take the example of NaMo TV. Irrespective of whether the channel is a regular television channel or a special service channel showing advertisements, its management is mandated by law to either seek prior clearance from the information and broadcasting ministry (if it is a television channel) or from the Election Commission’s media certification and monitoring committee (if it is a political advertisement). The channel appears to have done neither at the outset.

This brazen disregard of the law and sanctity of the election process is not new. Booth capturing and fake voting are old sins of the political class. But the new, high-tech vehicles of brazenness have caught the Commission off guard. Its inability to act expeditiously with regard to NaMo TV means that the channel aired for over 10 days before being asked to certify appropriately. There is little point in closing the stable doors after the horse has bolted.

The image crisis that has engulfed the Election Commission today is attributable to the peculiar design of the model code of conduct. This code, originally framed as a voluntary document for a Kerala state election in the 1960s, became the focal regulatory tool for the conduct of elections in 1991 after an all-party consultative exercise. Although scattered provisions in the Representation of the People Act and the Indian Penal Code apply to electoral offences, the model code of conduct is the primary stick that the Commission wields.

One may have imagined the code that is responsible for the smooth conduct of elections in the largest democracy in the world to be a document of some gravitas. Yet reading it is akin to reading a school moral science text that tells a student to be good and do no evil. Also, like many such textbooks, it is frozen in time (there has been only one substantive amendment in three decades). Its inordinate focus on processions, meetings and banners entirely misses the reality of a present-day election that is less about old tactics of campaigning and more about financing, data mining, media management and surrogate advertising.

The informality of the model code of conduct is a matter of design. In its effort to be consultative and take action swiftly, the Commission felt it would be better to have a non-binding document comprising moral precepts that it can coerce parties into following rather than a legally binding text enforcing which would involve lengthy procedures. As a result, the Commission chose to enforce model code violations with warnings, reprimands and censures, trusting parties to comply. The brazenness of political parties now means any systemic compliance is illusory; case-specific compliance may also be ephemeral. Yet the Commission has preferred to stick to an informal approach instead of attempting to devise systemic solutions to reduce the time taken for formal processes.

The present campaign has shown that the time for informality is over — the Commission’s stature requires legal heft. As ideas, the Commission ought to seriously consider equipping itself with the power to invalidate a candidature for model code violations, or harsher still, bar a party from contesting, for repeated infractions. A suitable judicial mechanism established for this purpose should be explored.

The reason why legal options have not been explored all this while is owing to the spectacular rise in stature of the Election Commission during the tenure of T.N. Seshan as chief election commissioner. Seshan was a past master at using the informality of the Commission to his advantage. Clearly overreaching the expected mandate of the Commission owing to its nebulous powers, he perfected the art of stimulating the public imagination through high-profile announcements capturing the moral high ground combined with threats to postpone an entire election if his commands were not obeyed. Seshan represented the flip-side of a lax culture of informality — where the gaps in the law were weaponized to keep political parties in check. Elections, hitherto replete with stories of poll violence and booth capturing became, thanks to Seshan, freer and fairer. But the bar for future CECs was set very high.

Unfortunately in the general elections of 2019, neither does the Commission have a Seshan nor, owing in large part to Seshan’s approach, does it have formal powers to enforce the model code of conduct. Perhaps as a result, political parties are flexing their muscles, flouting electoral laws and raising questions about the Election Commission at the same time. It is up to the Commission and the CEC in particular to rise to the occasion. Or, like Churchill, he will be left wondering where the admiration disappeared.

The Election Commission appears to have lost its bearings

Is it the EC that is confused, or the people?