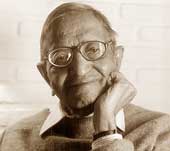 In India, anniversaries, even of non-events, do not often go unnoticed. Thus it is a bit of a surprise that nobody noticed that on June 20, a myth began the journey to its 150th jubilee. If one were to believe John Zephaniah Holwell, a Dubliner and a senior officer of the English East India Company, on June 20, 1756, Siraj ud Daulah, the then Nawab of Bengal, upon capturing Calcutta, locked up about 150 of the city?s European residents in the dungeons of the Fort. Without food, water and air, by morning, 60 of the prisoners were dead. Holwell was one of the survivors and he memorialized the event, which came to be notorious in Britain as the Black Hole of Calcutta. It was the British raj?s first chamber of horrors: proof of Indian infamy, and pretext and justification of conquest and violence.

For many years, there stood close to Lal Dighi (later to become Dalhousie Square and then BBD Bagh, through a burst of post-colonial myth-making) an obelisk to commemorate the victims of the Black Hole. It was erected by Holwell himself at his own expense and thus known as Holwell Monument. Holwell also wrote a vivid and dramatic account of the sufferings of the prisoners in the small room. He wrote that out of 146 only 23 survived. Holwell?s monument and his account of the Black Hole had a very limited impact on his contemporaries. Newspapers in Britain in 1758 carried extracts from his recollections of captivity, but then the reports died down. No new edition of his account appeared. Most contemporaries of Holwell, the British historian, Linda Colley notes, did not accept Holwell?s vilification of Siraj ud Daulah.

The history of the Black Hole monument in the early 19th century is significant. It was allowed to fall into ruin, and in 1821, under the orders of the Marquis of Hastings, Lord Moira, the then governor-general, it was taken down. Before it was brought down, Cotton records in Calcutta Old and New, the obelisk, the monument to British suffering, had become ?the lounging place for lower class loafers of all sorts who gossip squatting around and against it.? Obviously, neither British officialdom nor the Britons who lived in Calcutta at that time had time for the monument and the event it commemorated. If those were the conditions of the monument, what of the site where the ?event? actually took place? Lord Valentia, a visitor to Calcutta in1803, wrote, ?The Black Hole is now part of a godown or warehouse; it was filled with goods and I could not see it.? Commerce had taken precedence over comme- moration.

The Black Hole made a dramatic reappearance when Thomas Babington Macaulay in 1840 described it as ?that great crime memorable for its singular atrocity?. The eminent Victorians seized upon it to make it into a foundation myth of the British Empire in India. The other paladin of Empire, Lord Curzon, at the beginning of the 20th century, restored the crumbling Holwell Monument. But Curzon?s act of restoration was mediated by an important text: H.E. Busteed?s Echoes of Old Calcutta (first published in 1888). Curzon wrote to Busteed that he had read the book on his way out to India and through the text he had pictured again ?the moral agony of the Black Hole?. Busteed bemoaned the neglect Holwell?s Monument had had to suffer. He wrote, ?To the reproach of Calcutta, their neglected dust has for so long been silently crying out (dum tacet, clamat) against the thoughtless indifference which have consigned it to oblivion and disrespect.? (sic) It was an appeal to the conscience of the proconsuls of Empire, and the most proud of them heard it. After Curzon?s restoration, in the 1908 edition of his book, Busteed was to write that the Black Hole site has ? ?a thousand claims to reverence?... Its memorial and the restored ?Holwell Monument? are a very prized possession to the Calcutta of today, a sacred trust to be guarded and handed down to the Calcutta of the future.?? A dying myth had thus been raised, not Phoenix-like from the ashes, but from dust.

There is occasion to pause a moment with Curzon and his response to the Black Hole. Why did he, in his letter to Busteed, speak of the ?moral agony? of the Black Hole? If agony there was for the victims, it must have been physical. Was Curzon, in a slip that post-modernists so like to seize upon, signaling something else? Was he perhaps aware of the fabrication and exaggeration that Holwell had perpetrated? The moral agony lay, one can suggest in a flight of fancy, in accepting for the sake of Empirebuilding what Curzon guessed was not quite true. The British Empire needed myths, especially some that justified the original act of violence embodied in the act of conquest. Lord Curzon was only too aware of a ?duty of reverence to a past which was the unconscious seed-time of our present Imperial harvest.?

Myths die hard. The one about the Black Hole has endured. The incident earned for itself a place in that classic send-off on British history, Sellar and Yeatman?s 1066 And All That, and it retains a place in all British books about the British Empire. This despite the fact that most historians, including British ones, believe that Holwell?s account was over-blown and exaggerated. One historian estimated that it was impossible to fit 146 persons into a room that, according to Holwell, was only 18 feet square, even if the bodies were horizontally stacked. There were doubts raised as early as 1772 about the Nawab?s intentions. A witness told a parliamentary committee that year that ?he did not believe the Nawab had any intention of a massacre when he confined the English in the Black Hole?. By the second half of the 20th century, doubts had moved beyond Siraj?s intentions. Many Indian historians had come round to the view that nothing like the Black Hole had happened at all.

Myths have an unfortunate habit of becoming a part of nation-building. This might be necessary but is always dangerous. The Indian nation, in the process of establishing itself, has dislodged many imperial myths but has also created some new ones. Curzon, as we noted, was very conscious of the ?Imperial harvest?. Indians should be careful about nurturing the National harvest based on myths.