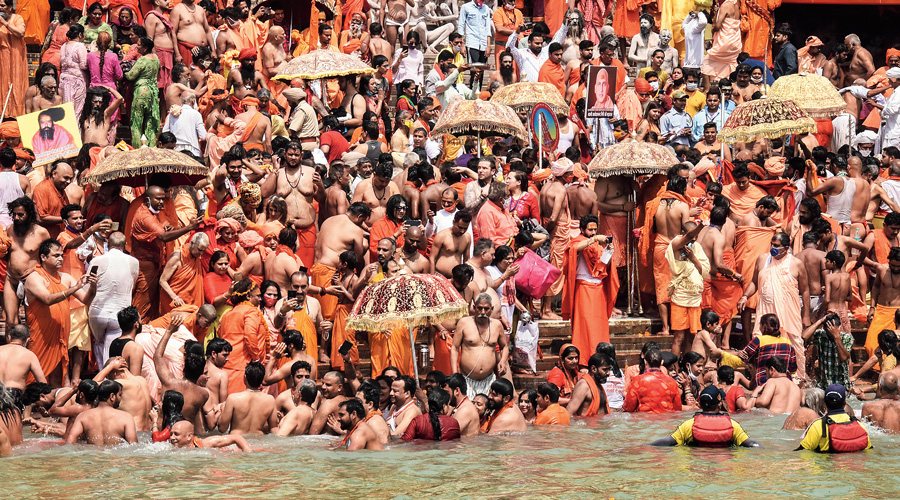 In the time of Covid, we all live in a state of heightened uncertainty and anguish. There are problems relating to our health that each of us must take care of. There are fears about the health of our near and dear ones. Doctors and scientists are trying their level best to bring us solutions in the form of treatment and protection from the deadly disease, though many unanswered questions remain. We are worried about the stress on our woefully inadequate health infrastructure. We are worried about our children and their education from home. We are relieved about the technology that still provides some continuity in the process of learning, though not all children have equal access to smart devices and the internet. We are more worried about whether learning can continue at all, and not about what is going to be taught. The nation is in the midst of transitioning to a new education policy with new curricula. In the middle of all these uncertainties and unanswered questions about the future, the nation is also experiencing the political rise of the majority’s religion, with its new forms of domination and subordination. Unquestioned faith seems to be the last resort for seeking answers. Lots of politico-religious gurus are ready to push the willing towards the altars of the supernatural superpower. In what is supposed to be the age of reason, we are moving more and more towards an age of blind faith.

Both faith and reason give rise to beliefs. The crucial difference being that the former is based on certain unchanging scriptures and ancient texts whose veracity cannot be ascertained, while the latter is based on evidence that can be questioned with new evidence. Indeed, reason-based beliefs are by their very definition falsifiable and hence changeable. Knowledge accumulates on the basis of empirical evidence. Reason-based beliefs have shaken many old beliefs based on faith, like the world is flat or that the sun revolves around the earth, which was thought to be the centre of the universe. It took a long time but they did change. It gives us hope that the age of reason has not been eclipsed just yet, even though militant religions and faiths are on the march not only in our nation but also in many other places of the world. There are people in every religion who are willing to kill you or kill me for the cause of their faith’s highest ideal.

Why is faith to be constantly interrogated and challenged? The answer lies in the fact that societies based on blind faith are bound to be violent, with centralized power and ancient laws that regulate our everyday lives. Faith-based beliefs invariably come from unchanged ancient texts which are considered holy although they were most probably written by ancient tribesmen with very little knowledge about the physical world. Today, the texts are considered holy precisely because they are old and unchanged. This cannot be anywhere near the argument of proving that age makes beliefs true and relevant. The texts in all religions guide everyday behaviour on the basis of benefits to be received in the life after death: be it in a heaven, in a superior rebirth, or free from the necessity of rebirth.

Beliefs based on faith in god have different ways of explaining the presence of life on the planet and how the universe came into being. Laws of physics and biochemistry explain with enough logical evidence the being of the universe and the emergence of life and its subsequent evolution. A belief in divine creation of humans and other forms of life denies the laws of nature in their entirety. Creationism debunks all science. In fact, empirical evidence is called for by religious believers to demonstrate that apes can turn into human beings. Not having actually seen an ape transform is claimed to be the absence of evidence and hence the rejection of the theory of biological evolution. However, the same people claim they have firm knowledge about the existence of god even though an overwhelming number of human beings have not even claimed to have seen the almighty.

Faith-based beliefs that cannot be falsified invariably show a tendency towards marking as enemies those who do not share that faith, be they scientists or those belonging to other faith-based beliefs like people from other religious identities. This ‘otherization’ is based on perceiving people not belonging to their beliefs as somehow inferior — sub-human beings. Hence, it is not difficult to be cruel with them. Killing them or torturing them into subservience is acceptable. No religion has a completely comfortable position with non-believers, including the modern day interpreters of Hinduism.

This brings us to the other argument against faith-based beliefs. Since such beliefs have difficulty in arguing out their case with conviction, there is always a set of power brokers — the religious leaders — who interpret and guide everyday rules and regulations. Their power is absolute. They are not to be questioned since they are the representatives of god. The more people believe in them, the more their power to control and direct. They control lives: what people might eat, wear, whom they might marry, what can be done in the privacy of one’s bedroom, when and where things ought to be done. The endless list defines every moment of our lives.

Finally, a strong argument is given in favour of religions in terms of human values and morality. It is claimed that science is amoral. Objective evidence, and laws inferred from them, are distinct from our senses of right and wrong, or good and bad. Moral values are ancient wisdom read from the scriptures. This is where we come to the social usefulness of science versus the social usefulness of religion. Our senses of right and wrong, good and bad are constantly honed, challenged and altered by experiences perceived by the brain, which is part of the human body. Here, scientific evidence plays an important role. Take this question, for instance: would it be good or right to put arsenic in a city’s drinking water supply? If one knew what arsenic was, one would say “no”. Science teaches us what arsenic is, and its consequences in terms of human suffering when ingested by the body. Science also explains that the suffering would be the same for all people independent of their faith.

We are living in hard times. Science does not yet have all the answers for Covid. There are debates and disagreements amongst scientists. This is expected and is a good sign that every scientific endeavour is trying to gather new evidence. Debates and disagreements should not make us sceptical about the scientific method. However, we need to doubt every piece of evidence and keep getting new data and formulate new, testable hypotheses. Taking advantage of these debates, the new power brokers are nudging people to become anti-science. Some claim that all science is contained in the Ramayana and the Mahabharata. Hindus knew about the internet and plastic surgery long ago. A sadhu proclaims that allopathic medicine is stupid. A congregation in a mosque can be a super-spreader but the Kumbh Mela is not. Cancer can be cured by drinking the urine of cows. Cow dung has curative properties for almost all ailments. Such utterances are not made by lunatics on the fringe, but by political influencers and thought leaders giving speeches in gatherings of professional scientists. Can religious faith and scientific reason coexist? It is an old question. The answer depends on what we teach our children today, and what our grandchildren learn from them in the future.