How far into a book can one go before abandoning it? 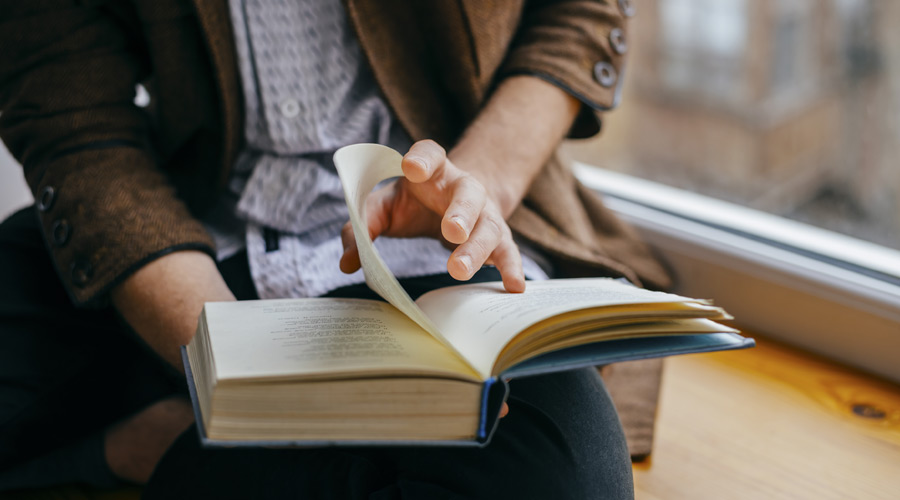 Browsing online, I came upon an argument about how far into a book you need to go before you can abandon it as unreadable. I was pleased to see that the consensus was that if the book hadn’t hooked you inside forty pages, you could give up reading it without guilt. This is the sort of rule that grown-ups need; through school, reading was a more ruthless business. Two pages of tedium and it was time to move on to the next thing. This had something to do with our reading being driven by libraries. The books were borrowed, not bought, so we weren’t financially invested in getting to the end. Once I began buying books, I tried harder to hack my way through the dense bits because I wanted my money’s worth, paisa vasool.

Reading fiction in the 1960s wasn’t seen by adults as a serious pastime, but my Jesuit school had a library that was mainly made up of thousands of novels. I’m not sure if this was a general feature of padre-run schools or the local librarian’s eccentric enthusiasm, but the net result was complete sets of the sort of generic fiction that socialized schoolboys into reading. I grew up assuming that all school libraries were like mine; when my children were old enough to go to school, I discovered that their school library didn’t have any fiction at all. As a result, their cohort began to graze in boundless digital pastures before they had gotten to the end of a book.

That odd locution, ‘long-form’ writing, has come into its own in this online age. The term generally refers to an inordinately long piece of essayistic reportage, which seems to assume that the reader’s commitment to the topic being tackled will get her to the end of the piece without the need for authorial economy or concision. It’s the kind of thing that used to be confined to high-minded American magazines, but the contagion has spread to newspapers. I recently began reading a ten-thousand-word report in The New York Times which brought to that paper’s vast readership a quarrel between two mostly unknown writers. One of them had used the Facebook posts of the other, about her kidney donation, as the basis for a short story, thus spinning a tale out of someone else’s entrails.

It is the kind of long-form ‘reportage’ that sees the light of day only because its publishers know that it’ll drive online social media traffic for days afterwards; ironically, the success of long-form pieces like this one is measured by the radically short-form traffic — tweets, memes — that they generate. Seen in this way, much contemporary long-form writing is either mulch for social media or a form of self-congratulation for our digital times. It allows the dogged reader to do some heavy lifting, and distance himself from his slack contemporaries with their attention deficits. There is, of course, some long-form writing that both enthrals and informs, but mostly it is a form of authorial and editorial self-indulgence masquerading as seriousness.

One of the participants in the online argument about how many pages a reader ought to read before chucking a book made the interesting point that given our life spans, reading is a finite, quantifiable business. The most a diligent reader is likely to read over a lifetime is just over 3,000 books. It’s disconcerting to have a number put on an activity that you think of as continuous and lifelong, and I was convinced that this was a low estimate.

But I did a back-of-the-envelope calculation and realized that 3,000 books, if you are a seriously diligent reader, is plausible. If you assume that average life-expectancy is 75, you have about sixty-five years of reading time. If, in that time, you read, on an average, one book a week, allowing for ill health and other distractions, you’ll rack up about 3,200 books. Therefore, time spent reading an unpromising book is time lost, time that you could have used to read something worthwhile.

And the truth is that outside of professional book reviewers or fixtures on book prize juries, the number of people who regularly average a book a week is vanishingly small. Reviewers and jurors are to be pitied. As a young reader, I thought that being paid to review novels was equal to winning a lottery. I know now that reading a novel to review it is like preparing for an autopsy. It makes you read in an assessing, distant way that is antithetical to the willing submission most fiction readers offer to even a half-decent story.

Non-fiction books can and should be summarized, examined for their relationship to reality and their explanatory power. I can read a historical monograph reviewed and then read the book without it making a significant difference to the way in which I receive it. Good novels are exercises in indirection. To read a review before reading a novel is to trash the novelist’s designs on you. The one purpose of a review is to produce an adjectival phrase that can be used as a blurb to puff the book without giving anything away. There is the occasional review that is useful because it is evangelical and succeeds in bringing a new writer to a readership by the force of the reviewer’s enthusiasm. Novel reviewing collectively is useful because it signals to the world at large that novels are important; individual reviews, though, generally defeat the purpose of reading fiction.

During the pandemic, I read quantities of science fiction and fantasy on my mobile phone via the Kindle reader app. I haven’t read any other sort of fiction on it, though I could. I guess it has to do with the fact that I was socialized into a caste hierarchy of reading: literary novels were Brahmin books but ‘genre’ novels were subaltern fictions. Even though I know that most of the best novels I’ve recently read have either been SF or verged on it, I still think that backlit Kindle reading is an improper way of reading books that pass as literary novels. The good thing about this fetish is that it had me reading Becky Chambers’s excellent space opera in a dentist’s waiting room simply because I had it downloaded in my pocket.

Occasionally, though, you find yourself reading a novel that justifies the talk about the importance of the paper book, its tactile pleasure, the ease with which it lets you retrace your steps as a reader and the subtle tension that the diminishing wad of pages on the right creates. The kind of novel that you read in two sittings, either side of lunch, deaf to the world, almost as if you were young. I read a book like that two weeks ago: Anuk Arudpragasam’s A Passage North.