A road less travelled: Lessons from the history of Khyber Pakhtunkhwa

Politics and Play: A Gandhian in Balakot in 1939 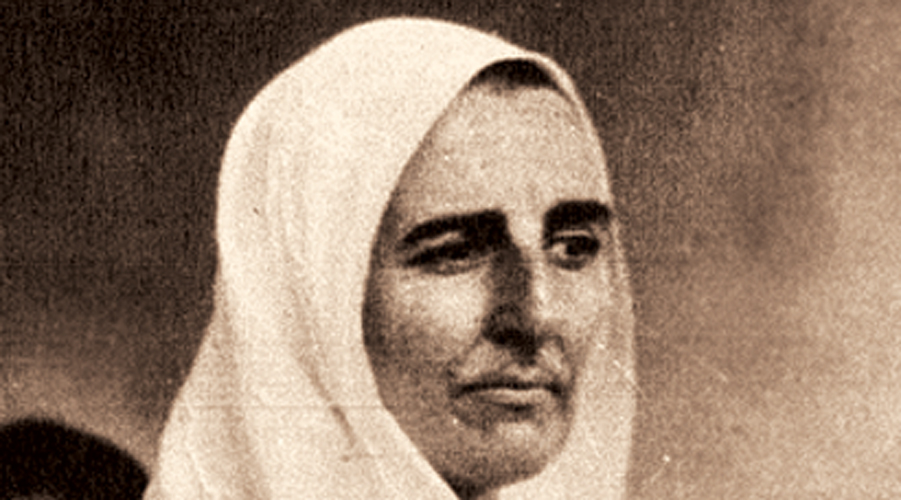 This column is set in the same place, although it deals with neither of these major events, but with a third, which happened in between. In May 1939, a great Indian patriot visited Balakot and its surroundings, and left behind an account of the landscape and the people who inhabited it. This is contained in her unpublished diary, a copy of which I found in the archives.

This Indian patriot was originally named Madeleine Slade. The daughter of a British Admiral, she became a follower of Mahatma Gandhi, living with him in his ashrams in Ahmedabad and Sevagram. She changed her name to Mira; and, as a further mark of her identification with her adopted country, went to prison for long stretches during the freedom struggle. As someone who crossed racial boundaries totake the side of the oppressed, Mira Behn has been widely commemorated in the literature on the nationalist movement.

I knew a lot about Mira Behn, but discovered only recently that she had visited Balakot in 1939. At that time, what are now the sovereign, separate, nations of India and Pakistan did not exist. Balakot fell in the North West Frontier Province of British India. The province was home to a group known as the Khudai Khitmatgars, who were led by a follower of Gandhi even more remarkable than Mira Behn. His name was Khan Abdul Ghaffar Khan, and he had, by the force of character and example, persuaded the war-like Pathans to embrace the credo of non-violence and inter-faith harmony.

In the spring of 1939, Gandhi sent Mira to the Frontier Province to promote spinning and weaving. It was on this trip that she visited Balakot, travelling there by road from the town of Abbottabad (now famous/notorious as the place where Osama bin Laden was hiding, before he was detected and killed by United States Navy Seals). This is how Mira described the scenery en route in her diary: ‘Round the villages and farms, and along the ravines there are green trees, while the fields, all gently terraced, and forming slopes and curves like the sounds of the sea show a delicate variety of browns and greens, picked out here and there with an emerald rice field. And all this little world surrounded by blue hills and the great snow mountains beyond.’

Halfway to Balakot, Mira and her Khudai Khitmatgar companions stopped for the night. Early the next morning she took a walk. She found that ‘work had already begun in the fields. Treading out of corn, winnowing and ploughing are all in progress. As I was returning home the sweet summer notes of the cuckoo fell on my ear’.

After breakfast Mira and her companions set off for Balakot. On the way they passed a forest bungalow which she thought ‘a possible place where Bapuji might have some rest and quiet’. It was at a comfortable altitude of 3,900 feet: ‘all alone in the fir woods, with peeps of the snows above and the mountain valleys below, it is certainly a very attractive spot, but water is scarce’. (Gandhi had come to the Frontier Province the previous year, and was contemplating another visit. Although this never took place, it is strange to contemplate that the Mahatma might have taken a health cure in a Forest Bungalow so close to Balakot).

The way to the village of Balakot lay through the valley of the river Kumbar. The road was ‘narrow and rough’, as well as ‘steep and twisty’, and the car found it hard to negotiate the bumps and bends. Mira found the scenery absorbing, though, for the road ran ‘along near the right bank of the river, which is a big torrent, racing and tumbling down from the snow mountains. In its haste, as it rushes over its rocky bed, and dashes against the many twists and turns of its course, it rises into waves as formidable as the Sabarmati in flood. Here and there along its banks and shallows are great tree trunks that have got caught up on their way to the Jhelum, while others more successful pass headlong on down the centre of the stream’.

Having reached her destination, Mira provided a characteristically vivid picture of the place. ‘Balakot is a large village fitted closely around one side of a little hill like a bee-hive, situated exactly at the entrance to the Kagan Valley. It has no road to it. Only stony foot-paths which are, in parts, more like stairways, and very often have a stream running down them. The bazaar is tightly packed, the roof of the house below often making the terrace of the house above. Among the shop-keepers many Hindus and Sikhs are to be seen’.

Mira had been told that the Gujjar shepherds who lived in Balakot ‘spin and weave the wool of their flocks into very good blankets’. But, to her disappointment, the Gujjars were not in station, having gone on their annual summer migration into the pastures in the higher mountains. However, seeing her crestfallen look, her escort, a Khudai Khitmatgar leader named Abbas Khan, said he would send a messenger to bring some Gujjars down to the village by the next day. They came, whereupon Mira ‘asked them various questions about their woollen industry’.

From Balakot, Mira and her escorts proceeded further into the mountains. They halted at a village named Bhogarmang, which had terraced rice fields neatly laid out, as well as weaving and bee-keeping. Mira was impressed by this, ‘but the thing which rejoiced my heart more than anything else in this village’, she wrote, ‘was the living Hindu-Muslim Unity.’ She found that a ‘Hindu family, headed by a dear little old white-haired man, was on the sweetest terms with the young Khans who said that he had been the friend of their Father and Grandfather, and that the two communities had always lived in an atmosphere of mutual aid and consideration’. On hearing this, wrote Mira, ‘the prayer which instinctively rose in my heart was “May no ‘Leaders’ ever reach this little village and spoil its sweet and natural life!”’

This village, a model of Hindu-Muslim harmony, was Mira’s last stop. The next morning she left for Abbottabad. A few weeks later she was back in Sevagram with Gandhi. In September 1939 the Second World War broke out in Europe, changing history forever. Among the consequences of the War for India (and Indians) was a deepening divide between Hindus and Muslims. This was stoked and provoked by the ‘Leaders’ Mira feared; who existed in large numbers in both communities. Over the course of the War, the spirit of communal harmony that had once existed in the Frontier Province broke down completely, with Ghaffar Khan’s party rapidly ceding ground to the rival Muslim League. Although the NWFP did not experience riots as bloody as in the Punjab, after August 1947 the Hindus and Sikhs who lived there had to leave Pakistan and take refuge in India.

The Balakot that Mira visited in 1939 has changed beyond recognition. It no longer has a multi-religious character; instead, it now has a camp to train fighters promoting Islamic fundamentalism. The landscape must surely be very different too; as in other mountain regions in South Asia, the forests would have thinned out rapidly, the charming stone-and-wood houses replaced by ugly concrete structures, and the once thriving traditional crafts on the verge of extinction.

This column presents a fragment of historical memory, but let me end with a reflection on what the present can learn from the past. There are no more than a handful of Hindus and Sikhs left in the province of Pakistan once known as NWFP, and now called Khyber Pakhtunkhwa. On the other hand, there remains a large (and often vulnerable) Muslim minority in most Indian states. Can one hope that the ‘mutual aid and consideration’ between Hindus and Muslims that Mira once saw around Balakot will be securely established in villages across our country? Or will our ‘Leaders’ prevent it?