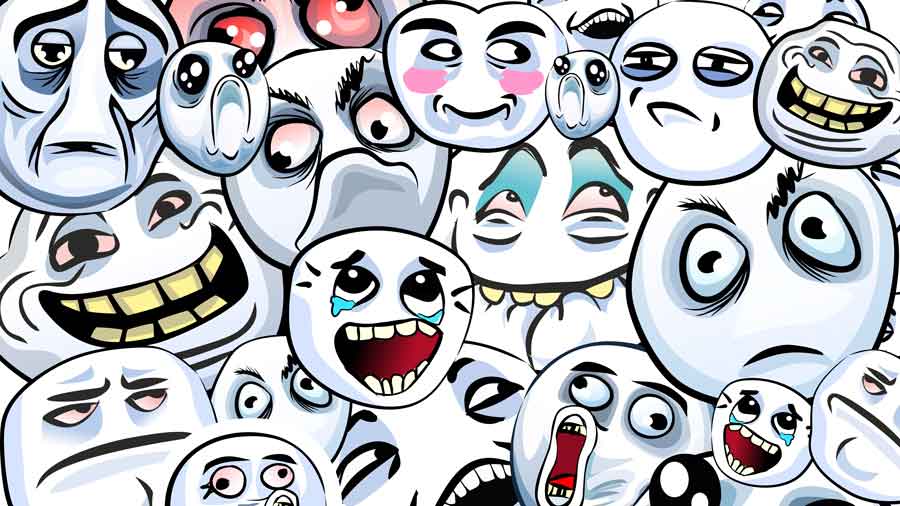 Covid-19 has taught us to embrace the virtual world as the new normal. Global research and clinical experience have found that screen time has increased markedly during the pandemic. Even though Covid took a toll, digital humour survived — courtesy memes.

The word, meme — translated from the Greek, mimeme — was first used by the British ethologist, Richard Dawkins. In The Selfish Gene, Dawkins argues that memes are the cultural corollary to biological genes. Some theories suggest that ‘cumulative culture’ — the shared knowledge of social situations that we inherit across generations — is responsible for the genesis and success of memes.

Media and mental health scholars are studying ‘meme psychology’ in depth since memes have deeper psychosocial, cultural and ecological underpinnings. In media and digital communication studies, memology generated interest after the extensive use of memes in the presidential elections of the United States of America.

Co-creation of content permits internet consumers to actively engage in an online media dialogue, allowing the voiceless members of online society to participate in new forms of humour, which can be a coping mechanism in times of crisis. Content analyses of memes have shown that affiliative and aggressive humour are most common. Memes also disseminate humour that is sarcastic and disparaging.

Even though memes are cathartic, they can be biased. Insensitive content can also foster conflict in communities besides being a potent vector of misinformation. Memes also constrict the scope of communication, impeding the potential for human expression. Children and adolescents, who have adapted to memology, are thus at risk of having a limited social circle. Also, excessive meme usage makes one’s self-worth dependent on the ‘likability’ of memes: this may have adverse psychological consequences.

Memes, thus, are a powerful tool for change as well as a double-edged sword.