The perfect pronoun: singular ‘they’

Be a 'him' or 'her' or anything else in the sheets, but consider also being a 'they' and 'them' in the streets 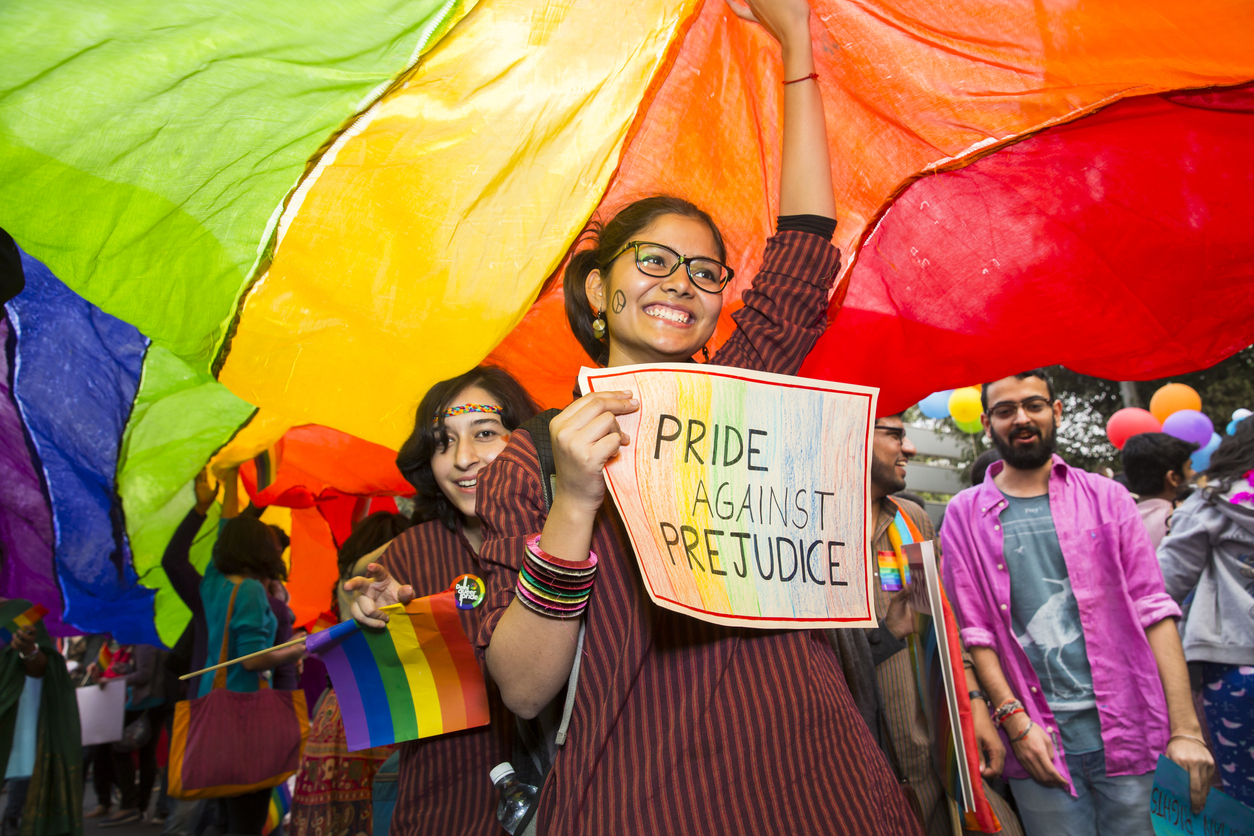 I am your stereotypical, cisgender, middle-aged suburban dad. I dabble in woodworking, I take out the garbage and I covet my neighbor’s Porsche. Though I do think men should wear makeup (it looks nice!), my tepid masculinity apparently rings loudly enough online and in person that most people guess that I go by “he” and “him.” And that’s fine; I will not be offended if you refer to me by those traditional, uselessly gendered pronouns.

But “he” is not what you should call me. If we lived in a just, rational, inclusive universe — one in which we were not all so irredeemably obsessed by the particulars of the parts dangling between our fellow humans’ legs, nor the ridiculous expectations signified by those parts about how we should act and speak and dress and feel — there would be no requirement for you to have to assume my gender just to refer to me in the common tongue.

There are, after all, few obvious linguistic advantages to the requirement. When I refer to myself, I don’t have to announce my gender and all the baggage it carries. Instead I use the gender-nonspecific “I.” Nor do I have to bother with gender when I’m speaking directly to someone or when I’m talking about a group of people. I just say “you” or “they.”

So why does standard English impose a gender requirement on the third-person singular? And why do elite cultural institutions — universities, publishers and media outlets like The New York Times — still encourage all this gendering? To get to my particular beef: When I refer to an individual whose gender I don’t know here in The Times, why do I usually have to choose either “he” or “she” or, in the clunkiest phrase ever cooked up by small-minded grammarians, “he or she”?

The truth is, I shouldn’t have to. It’s time for the singular “they.” Indeed, it’s well past time — and I’d like to do my part in pushing “they” along.

So: If you write about me, interview me, tweet about me, or if you are a Fox News producer working on a rant about my extreme politics, I would prefer if you left my gender out of it. Call me “they” or “them,” as in: “Did you read Farhad’s latest column — they’ve really gone off the deep end this time!” And — unless you feel strongly about your specific pronouns, which I respect — I would hope to call you “they” too, because the world will be slightly better off if we abandoned unnecessary gender signifiers as a matter of routine communication. Be a “him” or “her” or anything else in the sheets, but consider also being a “they” and “them” in the streets.

I suspect my call will be dismissed as useless virtue-signaling, but there are several clear advantages, both linguistic and cultural, to the singular “they.” One of the main ones is that it’s ubiquitous. According to linguists who study gender and pronouns, “they” and “them” are increasingly and widely seen as legitimate ways to refer to an individual, both generically and specifically, whether you know their gender or not — as I just did right in this sentence.

“In our latest study, 90% of the time when people refer to a hypothetical person, they use ‘they,’ ” said Evan Bradley, who studies language and gender at Penn State.

But “they” is also used so commonly to refer to specific individuals that it doesn’t trip people up. The same thing isn’t true when you add a new, neutral pronoun to the language — something like “ze,” which in Bradley’s research was not recognized by many people, and when it was used, it was often taken to refer specifically to gender-nonconforming people.

By contrast, “they” is universal and purely neutral, Bradley told me. When people encounter it, they infer nothing about gender. This makes singular “they” a perfect pronoun — it’s flexible, inclusive, unobtrusive and obviates the risk of inadvertent misgendering. And in most circumstances, it creates perfectly coherent sentences that people don’t have to strain to understand.

That’s probably why the singular, gender-neutral “they” is common not just in transgender and nonbinary communities, for whom it is necessary, but also in mainstream usage, where it is rapidly becoming a standard way we refer to all people. If you watch closely, you’ll see the usage in marketing copy, on social media, in app interfaces and just about everywhere else you look. For instance, when Uber or Lyft wants to tell you that your driver has arrived, they send you a notification that says something like: “Juan is almost here. Meet them outside.”

Other than plainly intolerant people, there’s only one group that harbors doubts about the singular “they”: grammarians. If you’re one of those people David Foster Wallace called a “snoot,” Lyft’s use of “them” to refer to one specific Juan rings grammatically icky to you. The singular, gender nonspecific “they” has been common in English as long as people have spoken English, but since the 18th century, grammar stylists have discouraged it on the grounds that “they” has to be plural. That’s why institutions that cater to snoots generally discourage it. The Times, whose stylebook allows the singular “they” when the person being referred to prefers it, warns against its widespread usage: “Take particular care to avoid confusion if using they for an individual” the stylebook counsels.

I think that’s too cautious; we should use “they” more freely, because language should not default to the gender binary. One truth I’ve come to understand too late in life is how thoroughly and insidiously our lives are shaped by gender norms. These expectations are felt most acutely and tragically by those who don’t conform to the standard gender binary — people who are transgender or nonbinary, most obviously.

But even for people who do mainly fit within the binary, the very idea that there is a binary is invisibly stifling. Every boy and girl feels this in small and large ways growing up; you unwittingly brush up against preferences that don’t fit within your gender expectations, and then you must learn to fight those expectations or strain to live within them.

But it was only when I had a son and a daughter of my own that I recognized how powerfully gendered constructs shape our development. From their very earliest days, my kids, fed by marketing and entertainment and (surely) their parents’ modeling, seemed to hem themselves into silly gender norms. They gravitated to boy toys and girl toys, boy colors and girl colors, boy TV shows and girl TV shows. This was all so sad to me: I see them limiting their thoughts and their ambitions, their preferences and their identity, their very liberty, only to satisfy some collective abstraction. And there’s little prospect for escape: Gender is a ubiquitous prison for the mind, reinforced everywhere, by everyone, and only rarely questioned.

“Part of introducing the concept of gender-neutral pronouns to people is to get them to ask, ‘Why does this part of society need to be gendered in the first place?’ ” said Jay Wu, director of communications at the National Center for Transgender Equality. They continued: “Part of how we fix that is more and more people noticing that things are so gendered and being like, why does it have to be that way? What benefit does it bring us?”

None, I say, other than confusion, anxiety and grief. Call me “they,” and I’ll call you “them.” I won’t mind, and I hope you won’t, either.