Majoritarianism in India is not premised on a final solution 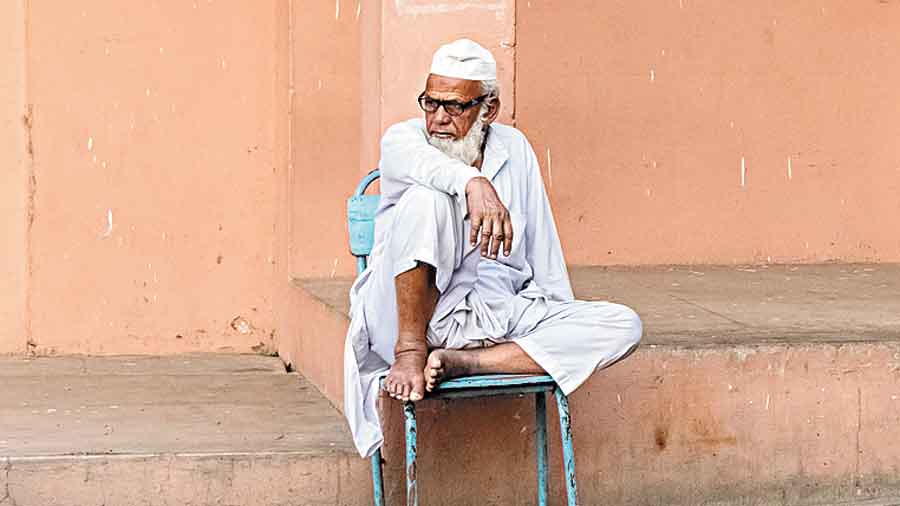 The principal strategy of contemporary majoritarianism is singling out a group, demonizing it as an alien fifth column, and then publicly making an example of it. In earlier columns, I’ve examined how State-sponsored majoritarianism deals with minorities in countries as different as Myanmar, China and France.

Myanmar, a pseudo-democracy, ethnically cleansed the Muslim Rohingya from Rakhine, a province bordering Bangladesh. China, a communist autocracy, has set itself the task of dissolving the Uighur as a Muslim community and it has attempted this by destroying mosques, by interning the Uighur on a massive scale, by intrusively surveilling the Uighur outside the camps and by coercively dispersing adult Uighurs to other parts of China.

France, a Western European democracy, shares China’s suspicion of Muslim ‘extraterritoriality’. Political parties and voters across the political spectrum have targeted French Muslims as a dangerously unassimilated minority. Marine Le Pen, the leader of France’s Front National, a party with clear historical connections to fascistic French political movements like Action Française and Poujadism, speaks, nonetheless, from the mainstream of French politics when she attacks French Muslims as an incorrigibly anti-secular threat to the republic’s ideals, especially its cardinal principle of laicité. French Muslims are in no imminent danger of disenfranchisement, ethnic cleansing or concerted violence, but they do constitute a politically beleaguered minority, singled out for suspicion by both State and civil society.

Despite the enormously varied contexts of majoritarian politics and policies in these three countries, they have some features in common. In all three cases, there seems little or no significant opposition to the singling out of the stigmatized minority from civil society groups or political parties other than those that speak from within the minority community. Le Pen, Macron, mainstream French conservatives, mainstream media groups seem to agree that France’s Muslims are a problem. This consensus seems even starker in Myanmar and there’s no sign that in what passes for public opinion in China, there is any disagreement with the State’s decision to ‘domesticate’ the community and bring it to heel.

Modern majoritarianism is not covert, it is explicit and performative. It sets out to make an example of the minority in question. The savage ethnic cleansing of the Rohingya was publicly defended both by Myanmar’s junta and its erstwhile ruling party, the National League for Democracy. Aung San Suu Kyi, once an icon of easy liberalism, endorsed the army’s genocidal purge with a ruthlessness that Marine Le Pen might have envied. The country’s Parliament passed laws singling out Muslims and its Buddhist monks exchanged notes with their Theravada Buddhist counterparts in Sri Lanka on the best way of dealing with inconvenient Muslim minorities.

Using the police or the army or the bureaucracy against a minority serves several purposes. It indicates to the general population that the minority is a kind of underclass that does not have the protection of the State. An underclass is a prerequisite for successful majoritarianism because the poor, subaltern, working-class sections of the nominal majority — Han, white, Buddhist — are best mobilized by offering them objects of hatred more wretched than them. Pogroms and vigilante violence constantly reiterate and celebrate this public subordination. Phone cameras, Facebook Live and WhatsApp shares allow people to vicariously participate in violent subordination on an unprecedented scale.

This simultaneity, this sense of sharing a moment with thousands and millions of others, creates a virtual solidarity. It’s like watching a Premier League football match live. You might be thousands of miles away but, if you have a dog in the fight, you feel a sense of belonging, of ownership, that you wouldn’t feel in the absence of a live telecast. Majoritarianism is, amongst other things, a live carnival that you can be a part of.

A couple of days ago, a video began to circulate amongst Indian WhatsApp groups, a clip that showed a Muslim man being beaten in Kanpur. His young daughter tried to protect her father, begging the mob to spare him. Even as the police intervened to take him away, his assailants kept him hitting him. Later, there were dark allegations of ‘conversion’, reports that goons had chosen to leverage religious community to settle a local dispute. This is irrelevant detail. The important thing here is the spectacle, the ecstatic rage and furious joy that bearing witness to ‘righteous’ violence brings.

When white southerners gathered to watch a black man being lynched, they participated vicariously in the dispensing of summary justice because the black man was, in their view, an over-sexed animal, much given to molesting white women. Something like that feeling is harnessed by campaigns against ‘love jihad’, by the criminalization of the cattle trade, by the lynchings that keep predatory minorities in order.

If majoritarianism is to be understood as a global phenomenon, India is the paradigmatic case. This is simply a matter of scale. India not only has the largest population in the world, it is also home to two hundred million Muslims. This is the size of the total population of Nigeria, Africa’s most populous country. India’s Muslim population is both dispersed and massive. Only Indonesia and Pakistan have larger Muslim populations. Even if the Indian State wanted to, it couldn’t do what China and Myanmar have done: reduce or disperse or expel a relatively small minority compactly located in a frontier province.

Fascism is not a useful term for majoritarianism in India because given the defining precedent of Nazi Germany, it implies a big bang, death-camp climax. This is both wrong and a distraction from the real danger. Majoritarianism in India is not premised on a final solution. Majoritarian parties and organizations are unlikely to attempt large-scale ethnic cleansing or try to corral two hundred million Muslims in concentration camps. This is not on account of moral scruple but because the logistics of both exceed India’s State capacity.

Majoritarianism in India offers a tasting menu, not a main course. Love jihad, vigilantism, lynching, public beatings, urban riots, the threat of the National Register of Citizens, the Citizenship (Amendment) Act’s success in smuggling in a religious criterion for citizenship, the ransacking of minority universities, the Ram Mandir, the taming of Kashmir, these hors d’oeuvres help feed the beast. The ‘success’ of the Gujarat model in segregating and subordinating Muslims in that state sustains the majoritarian wager that campaigns of episodic intimidation and violence can replicate this success on a pan-Indian scale.  India’s majoritarians believe that this carnival of contained but exemplary violence can indefinitely sustain an election-winning electoral majority. They are wrong, but that’s an argument for another day.