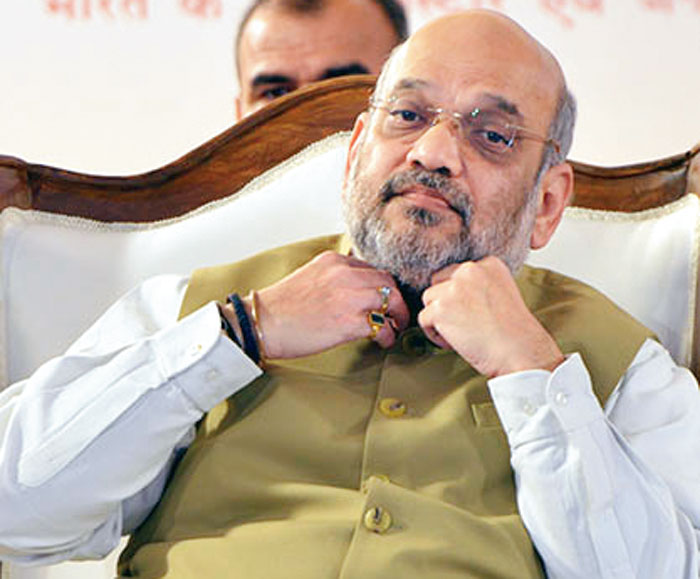 Politics in India is proving to be as exciting as the fictional series, Game of Thrones.

The chief ministerial chair has emerged as the bone of contention between the Bharatiya Janata Party and the Shiv Sena in Maharashtra. The Sena is firm on a rotational arrangement of the CM’s post and the BJP does not agree.

There is, however, more to it than meets the eye. According to whispers in the corridors of power, the primary reason for the deadlock is the ego of the “new Iron Man” and home minister of India, Amit Shah.

The Sena apparently wanted Shah to come to Matoshree, the famed residence of the Thackerays in Mumbai, to talk to its party chief, Uddhav Thackeray. Many in the BJP believe that had Shah reached out to Uddhav, the Sena would have come around. But Shah refused to budge. It was learnt that he clearly told the state leadership to negotiate with Uddhav, stressing that there was no question of him driving down to Matoshree.

Such an act could make it look like the powerful leader was pleading before Uddhav. Not that this would be the first capitulation of this kind on the part of Shah. In the run up to the Lok Sabha polls, Shah had indeed reached Matoshree and got the Sena to enter into an electoral alliance with the BJP.

The Sena was going all out against the BJP, but Shah managed to change the mind of the BJP’s oldest ally. What has changed this time? The reason maybe complex. But the whispers have it that back then Shah was only the BJP president, now he is also the HM who has earned the sobriquet, “new Iron Man”.

Also, back then it was a question of putting his ego aside for Narendra Modi, Shah is not ready for a repeat performance for the sake of Devendra Fadnavis.

One app’s loss is another app’s gain. Messaging applications like Signal and Telegram have seen a rush of new users after WhatsApp revealed that several activists, journalists and members of the Opposition have been under surveillance with the help of private Israeli-spyware used by governments to hack into mobile phones. Many journalists have seen a flurry of activity in the form of notifications from their bureaucrat and activist contacts asking them to connect on apps like Telegram and Signal.

Even members of the ruling BJP have joined the bandwagon. Four days after the news broke, Delhi BJP spokesman, Praveen Shankar Kapoor, used his broadcast list on WhatsApp to send journalists the following message: “Let’s switch to Signal...” This came along with a link to download the said app. Admirers of this indefatigable advocate of the Rashtriya Swayamsevak Sangh and the BJP derived much amusement from Kapoor hedging his bets on secure communications.

Pegasus continues to soar. The Israeli spyware has expectedly made many in India wary of their phones, But that is not why the Karnataka CM, BS Yediyurappa, is on the edge whenever he catches sight of a mobile phone. He was badly stung by one of his own party members, who recorded a video that landed the veteran in trouble. In the leaked video clip, Yediyurappa was heard telling a BJP core committee that it was the then party chief, Amit Shah, who had supervised the operation to lure 17 lawmakers away from the Congress-JDS coalition in the state in order to bring down the government. Yediyurappa has since then banned visitors from carrying mobile phones when they come to meet him. All visitors are made to deposit their mobile handsets before stepping in to meet Yediyurappa, who just cannot afford another row. Trouble clearly is not always brewed outside the country

Maharashtra is not the only thorn in the BJP’s side at the moment. It is also walking a tightrope in Haryana. Although Manohar Lal Khattar has been sworn in as CM and Dushyant Chautala as his deputy, ministries are yet to be constituted. There is an intense tussle in Chautala’s outfit, the Jannayak Janta Party, for ministerial berths. The Congress leader, Bhupinder Singh Hooda, is waiting to get to work on the seven-eight members of the legislative assembly who will not be rewarded. Along with independents, these potential disgruntled MLAs from JJP can trigger a crisis in Haryana. Jat voters are already angry with Chautala for his betrayal, and his legislators will not find it difficult to break ties with him in such an atmosphere. The most prominent Jat leader in the Congress, Hooda has been telling his colleagues that this government will not be stable and that the Congress should be prepared for a mid-term poll. The BJP can put off the crisis by delaying ministry-formation, but it will always be living with the fear of defections in the months ahead. Is that what they call getting a taste of one’s own medicine?

Voters from Bihar play a decisive role in the Delhi elections and both the BJP and the Aam Aadmi Party have secured huge chunks of this vote bank, which was traditionally aligned with the Congress. While the BJP used the stardom of Manoj Tiwari to lure Bihari voters away from the Congress, the AAP gave tickets to Bihari candidates to make inroads into the community. But the Congress is now aggressively pursuing Bihari voters, hoping to win back its traditional constituency. It not only made the former cricketer, Kirti Azad, the campaign committee chairman for Delhi, there are also plans to use actor, Shatrughan Sinha, widely in the Delhi elections. Shatrughan is widely known as ‘Bihari Babu’ and his popularity among all sections of Bihari voters is unmatched. The actor has already held a press conference at the Delhi Congress office and the local leaders plan to use him while campaigning as well.

CT Ravi has deferred the announcement of future tourism projects to January 2020, while B Sriramulu (in picture) was not ready to hazard a guess as to how long he would be a minister.
Twitter/ @sriramulubjp

After Maharashtra and Haryana, more bad news for the BJP in Karnataka. A couple of ministers in the state have raised doubts about how long their government can last. CT Ravi has deferred the announcement of future tourism projects to January 2020, while B Sriramulu was not ready to hazard a guess as to how long he would be a minister. With the December 5 bypolls looming, and the BJP needing a win in at least eight of the 15 seats going to polls to stay in power, many in the Opposition see the ministers’ feelings as premonitions about the future.

Haryana cabinet to be expanded: Khattar