Littering is a deeply rooted cultural problem, far beyond issues of law and civic sense

Legal provisions to combat such offences already exist in many places, and the real problem is one of implementation 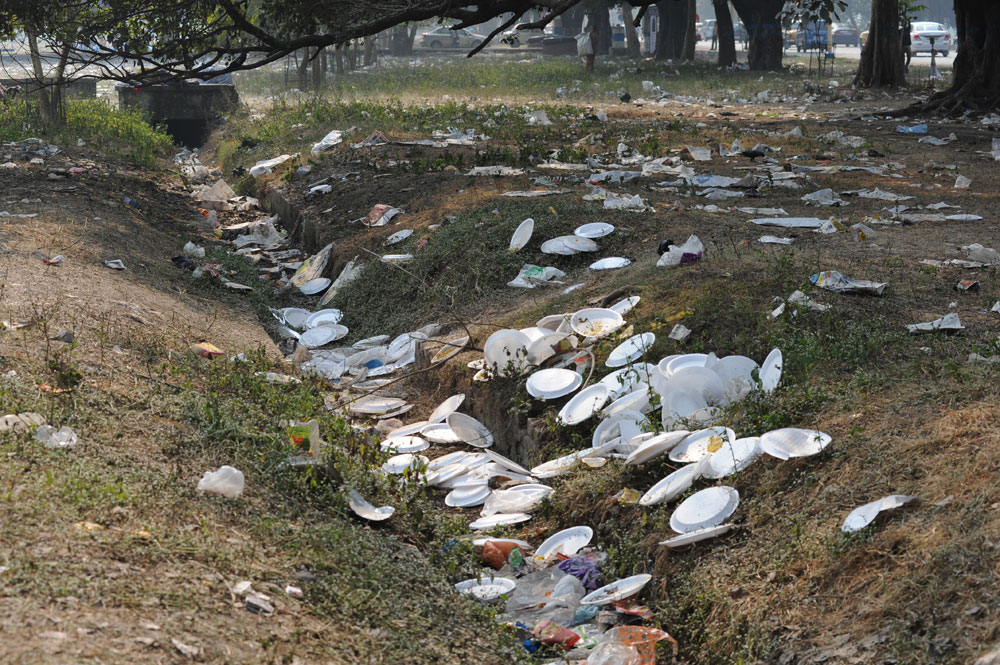 Swachhta in New India remains a distant dream, no matter what governments might say. The most recent evidence of this were the circumstances that led to the substantial hike in the penalty for littering in Calcutta. Strewing garbage on the road or any public place can now invite a fine that ranges between Rs 5,000 and Rs 1,00,000. The decision came about through an amendment to the Calcutta Municipal Corporation Act, which was introduced after the West Bengal chief minister, Mamata Banerjee, made her displeasure known at the fact that the newly-opened Dakshineswar skywalk already bears signs of betel juice that members of the public have been spitting out. There is no denying that the move is an encouraging sign; change for the better, even if it is slow, is always welcome. Would it, however, have been possible without the intervention of the top leadership, namely the head of the state herself? Even a cursory look at the challenges of garbage and wastewater disposal that have plagued the city for decades would suggest that the answer is no.

The real problem that lies ahead is one of implementation. The chief minister may have formed a committee to come up with stricter measures to discourage spitting and littering in public places, but the truth is that legislation to combat such offences already exists in a penalty clause under the West Bengal Prohibition of Smoking and Spitting and Protection of Health of Non-Smokers and Minors Act, 2001. Even though the law has been operational in Bengal since 2003, offenders are rarely prosecuted under it. This is not surprising, given that both law enforcers and civic officials tend to view such transgressions as minor. It is not unreasonable to assume that this attitude will persist in spite of the new hike in the fine. This is because the propensity among citizens to litter public places, and even that of civic bodies to pump untreated waste into the Hooghly river — it remains deeply polluted in spite of an order by the National Green Tribunal that bans the dumping of garbage within half a kilometre of the Ganga — indicates a deeply rooted cultural problem, one that goes far beyond issues of law and civic sense. A holistic approach towards the problem is likely to bear more fruit than merely raising a fine that was rarely imposed even when it was a nominal Rs 50. Such an approach must include boosting public awareness and sensitivity, and ensuring that the legal amendment is adequately enforced. Unless all these measures work together, it will be difficult to clean up the filth.

Being a nationalist is a lot easier than being civilised